No, a Negative Coronavirus Test Does Not Mean You Can Safely Socialize 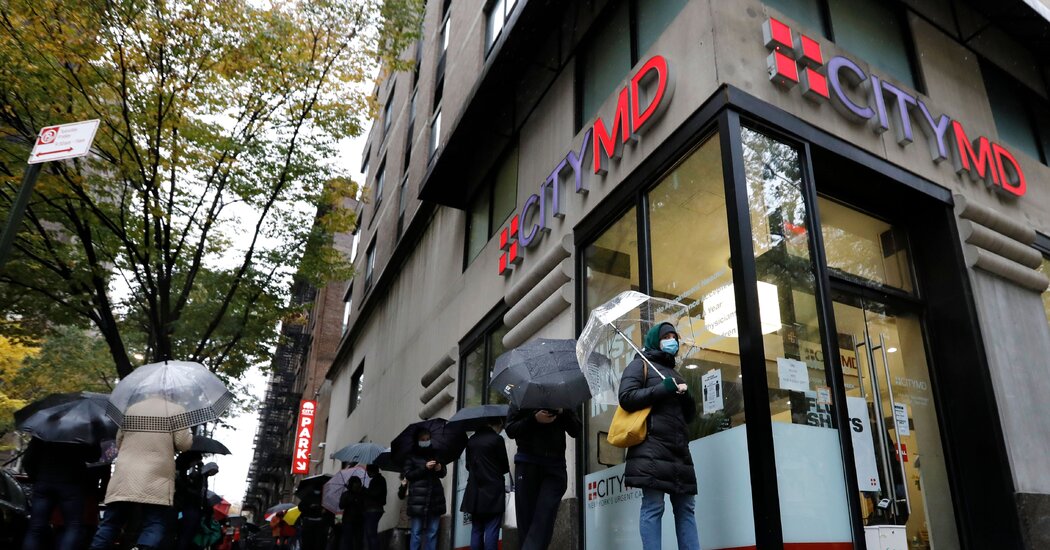 In the lead-up to Thanksgiving, Americans are no stranger to planning. But this year, as they prepare to let turkeys brine and pie crusts thaw, people across the country are waiting for something extra: a coronavirus test they hope can clear them to mingle with loved ones.

Many people consider a negative coronavirus test to be a ticket to freely socialize without precautions. But scientists and doctors say this is dangerously misguided. It is one precautionary measure but does not negate the need for others, like quarantining, masking and distancing.

The main reason is that a test gives information about the level of the virus at one point in time. A person could be infected but not have enough virus yet for it to register on a test. Or, a person may become infected in the hours or days after taking a test. Also, the tests do not have 100 percent accuracy.

“If you require all of your guests to email you a negative test result before your Thanksgiving dinner, it will definitely decrease the risk of an outbreak — but not completely,” said Dr. KJ Seung, chief of strategy and policy for the Covid response at Partners in Health. Yet this is a common misperception contact tracers hear when talking to people, he said.

The experts agreed that tests were very useful for one thing: If someone receives a positive test, that person knows to stay home and isolate. But a negative test, while helpful, is not sufficient, said Dr. Esther Choo, an emergency medicine physician and a professor at Oregon Health and Science University.

A test “filters out those who are positive and definitely shouldn’t be there,” she said. “Testing negative basically changes nothing about behavior. It still means wear a mask, distance, avoid indoors if you can.”

Not all tests are created equal

Different tests for the coronavirus give different information.

Laboratory tests that rely on a technique called polymerase chain reaction, or P.C.R., can detect the virus when it’s present even at very low levels. But it might take a couple of days to return results, leaving time for someone to be exposed. Antigen tests are faster, less expensive and more convenient — they can deliver results in a matter of minutes — but are also more prone to missing the virus when it’s scarce. To receive emergency authorization from the Food and Drug Administration, antigen tests for the coronavirus need to detect only 80 percent of the infections found by P.C.R. Many rapid tests also aren’t authorized for use in people who don’t have symptoms.

In some cases, a person who tests negative with an antigen test might test positive by P.C.R. — raising the risk that a negative antigen test could give someone a false sense of security en route to Thanksgiving dinner, said Paige Larkin, a clinical microbiologist at NorthShore University HealthSystem in Chicago, where she specializes in infectious disease diagnostics.

“A negative result is a snapshot in time,” Dr. Larkin said. “It’s telling you that, at that exact second you are tested, the virus was not detected. It does not mean you’re not infected.”

After infiltrating a person’s body, the virus can take several days to build up, and in the meantime, there may not be enough virus for a test to detect it. But the person could still be infected or contagious in the interim. A person who tests negative one day might turn positive just a day later, or even an hour later. People can spread the virus in the days before they first start feeling ill, and can also spread the virus even if they never develop symptoms.

“The challenge then for the individual is that a negative test today does not mean that a person will be negative tomorrow or the day after that,” said Natalie Dean, an assistant professor of biostatistics at the University of Florida.

Taking multiple tests over a period of days gives a clearer answer. But experts cautioned that no test — regardless of how many times it’s taken in succession — can definitively determine whether someone infected by the coronavirus is contagious, or no longer poses a transmission risk to other people.

The October outbreak at the White House is a good example of what can happen when a group of people rely heavily on testing and ignore other strategies to limit the spread of the virus.

Confused by the terms about coronavirus testing? Let us help:

How to think about risk

Still, it’s often unrealistic to avoid other people for months on end. People need to work and take care of their basic needs, and they also crave connection with family and friends. Risk is a spectrum, not binary, and there are ways to decrease it, experts said.

“Don’t let the perfect be the enemy of the good,” Dr. Anthony S. Fauci, the nation’s top infectious disease expert, said in a New York Times interview with Elisabeth Rosenthal. “The risk that you have, if everyone is tested before you get together to sit down for dinner, dramatically decreases. It might not ever be zero but, you know, we don’t live in a completely risk-free society.”

Dr. Fauci, however, will not be seeing his three adult daughters this Thanksgiving.

Dr. Michael Mina, an epidemiologist and immunologist at Harvard, said that at this point in the pandemic people couldn’t be expected to eliminate coronavirus risk entirely. He compared it to the risk of a car accident. To avoid all risk, people wouldn’t get in a car at all. Seatbelts, airbags and adherence to traffic laws all cut down on risk, but they don’t mean someone is completely safe — and people don’t forgo using a seatbelt just because the car has airbags. Coronavirus precautions like testing, distancing and masking work in the same way, he said.

How to decrease risk and still gather

Before gathering with others, Dr. Mina said, people could combine a negative test with a two-week quarantine if they’re able, and have a frank conversation with older family members about the risk and whether they’re willing to attend. At a gathering, he said, risk mitigation strategies might include keeping dinner short, hosting the event outdoors, wearing a mask when not eating and giving air hugs instead of touching.

Avoiding any contact with other people for a week or more before taking a test is a powerful tool, said Jeffrey Townsend, a professor of biostatistics at the Yale School of Public Health. Not only does it decrease exposure, but it also gives the virus more opportunity to reach detectable levels in infected people, his research has found.

“You can do more quarantine, and it is quite helpful,” he said. “But the test on exit really helps, and it really drops your chance.”

Professor Townsend will be celebrating this Thanksgiving at home with his wife and children. Even though he studies testing protocols, he has never taken a coronavirus test himself, because he has stayed at home throughout the pandemic except for urgent needs.

Erase facial wrinkles: Snacking on mangoes can stave off signs of ageing