Erase facial wrinkles: Snacking on mangoes can stave off signs of ageing 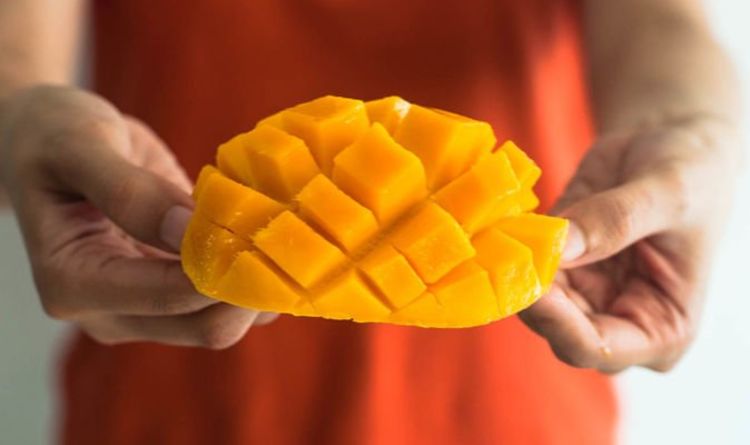 Scientists studied Mexican Ataulfo mangoes which – like other orange fruits and vegetables – are rich in beta-carotene and antioxidants which are thought to delay cell damage in the body. The pilot study saw 28 fair-skinned women who had passed their menopause divided into two groups. One group was given half a cup of mangoes four times a week for four months, while the other had a cup and a half.

A camera system was used to map and categorise fine, deep and emerging wrinkles.

Senior author Professor Robert Hackman, at the University of California, Davis, said: “Postmenopausal women who ate a half cup of Ataulfo mangoes four times a week saw a 23 per cent decrease in deep wrinkles after two months and a 20 per cent decrease after four months.”

“But the findings are very specific and come with a caveat.

“Women who ate a cup and a half of mangoes for the same periods of time saw an increase in wrinkles. This shows that while some mango may be good for skin health, too much of it may not be.”

Why eating more mango increased the severity of wrinkles in all categories is not fully understood but may be linked to the increase in dietary sugar.

The findings were published in the journal Nutrients.

No, a Negative Coronavirus Test Does Not Mean You Can Safely Socialize

Covid vaccine: Can I choose which vaccine I get?

Being Thankful and Hopeful in This Weird and Terrible Year