More than $70million has been slashed from the share price of a growing whisky business after a video of its CEO smoking from a glass pipe was published.

Geoff Bainbridge, 50, resigned as the chief executive of alcohol business Lark Distilling on Wednesday after The Australian published the video.

One of the largest shareholders in the whiskey distillery business with a stake reportedly worth $17million, Lark Distilling released a statement in which Mr Bainbridge said he would resign ‘effective immediately to enable him to manage a personal matter’.

Lark’s share price had risen nearly 200 per cent in the past year.

Mr Bainbridge is a co-founder of popular burger chain, Grill’d, but left the business in 2015, shortly before the video was filmed.

The father-of-four told Nine newspapers that he believed he was the victim of an extortion attempt by an international criminal group. 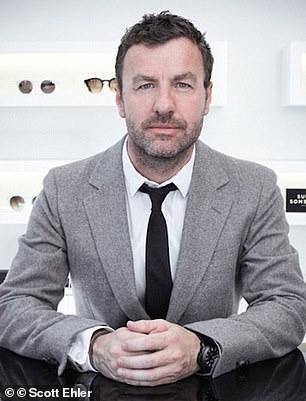 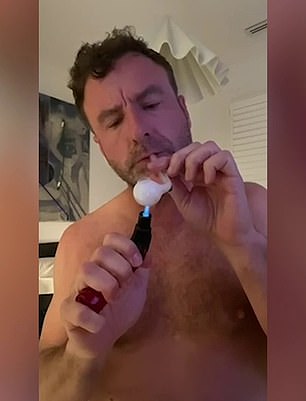 ‘Ultimately, I put myself in a situation I shouldn’t have been in,’ he was quoted saying.

‘I’m a victim of extortion but that wouldn’t have occurred without my poor judgment. I am deeply remorseful for my own actions.’

Bainbridge told Nine he was not a typical user of the drug ice.

In the footage, which was reportedly taken in 2015 in a south-east Asian country, the now-former CEO was heard saying: ‘Let’s get f***ing high together baby. I’d smoke meth and just blow it all over your c*** babe.’

He was seen wearing just a pair of underwear while muttering into the camera, in the video published by The Australian.

Bainbridge told The Sydney Morning Herald that he’d been the victim of an extortion racket since December, 2015.

Bainbridge claimed he woke up after a night of partying to find two strange men showing him the footage of him with the pipe. 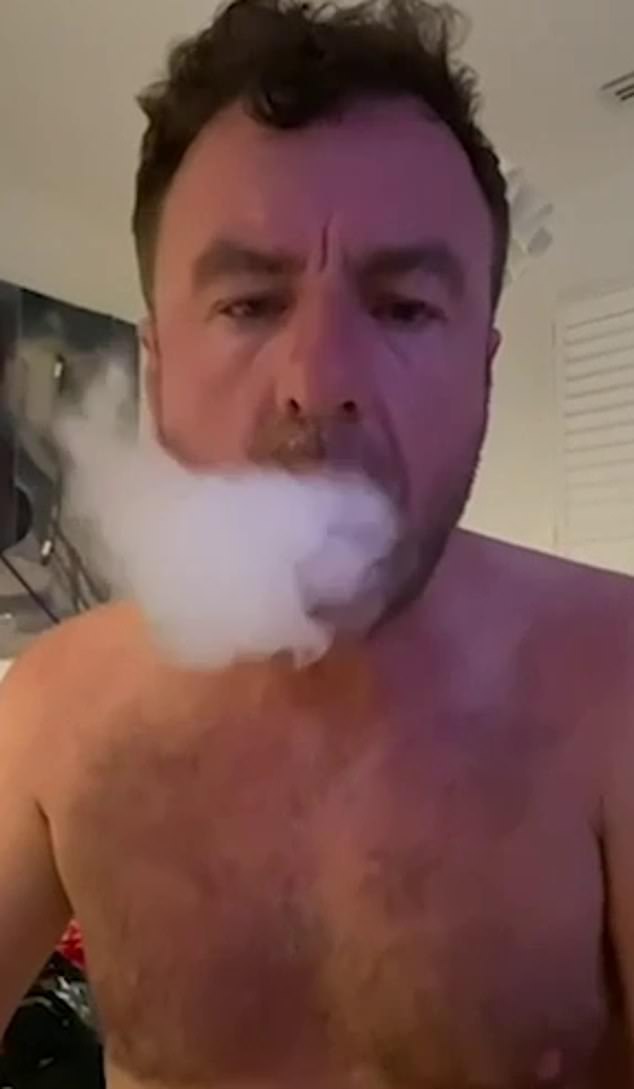 Bainbridge told Nine newspapers that he believed he was the victim of an extortion attempt.

‘I was just horrified. You are like, ”what else happened? What else don’t I remember? How am I going to explain this to anyone?”’ he told the Herald.

He claims the two men then threatened to expose the footage, and demanded money from Bainbridge and he gave them $3,000.

A few years later they came back again demanding more money. Bainbridge gave them another $9,000 over 14 consecutive payments.

WhatsApp messages supposedly sent from the men to Bainbridge show them making threats to show the footage to his children and the media.

‘You just need to negotiate and everything will be OK,’ one said.

Due to his apparent drug use, the businessman did not take the matter to police but sought advice from a global risk consultancy group.

He was told to either continue paying off the men or hope they would go away, despite them making threats to leak the vision to Australian news outlets. 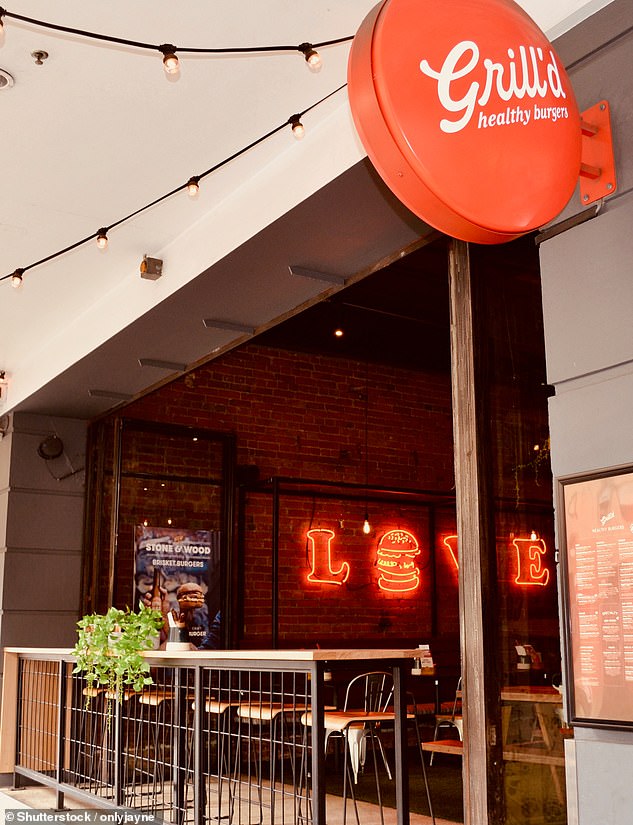 One video has been altered to appear it had been filmed last year instead of 2015.

Bainbridge’s lawyers told the Australian he was the subject of a ‘continuing, sophisticated and recently intensified extortion attempt by persons overseas using manipulated unverified images’.

‘The attempted extortion of Mr Bainbridge commenced years before he had any involvement in Lark Distillery; and Mr Bainbridge has sought the assistance of London-based professionals with the extortion attempt.’

Bainbridge was appointed the managing director of Lark in 2019. Lark Distillery is listed on the Australian Stock Exchange.

Bainbridge had also helped run Grill’d since 2004 with with managing director Simon Crowe before the pair fell out in 2016 over the ownership of the business.

When is Ramakrishna Jayanti 2022? Date, Significance and Inspirational Quotes by the 19th Century Saint

Explore The Lesser Known Gem Of Arunachal Pradesh, The…

Is the Ponytail Lift the New Facelift? Plastic Surgeons…