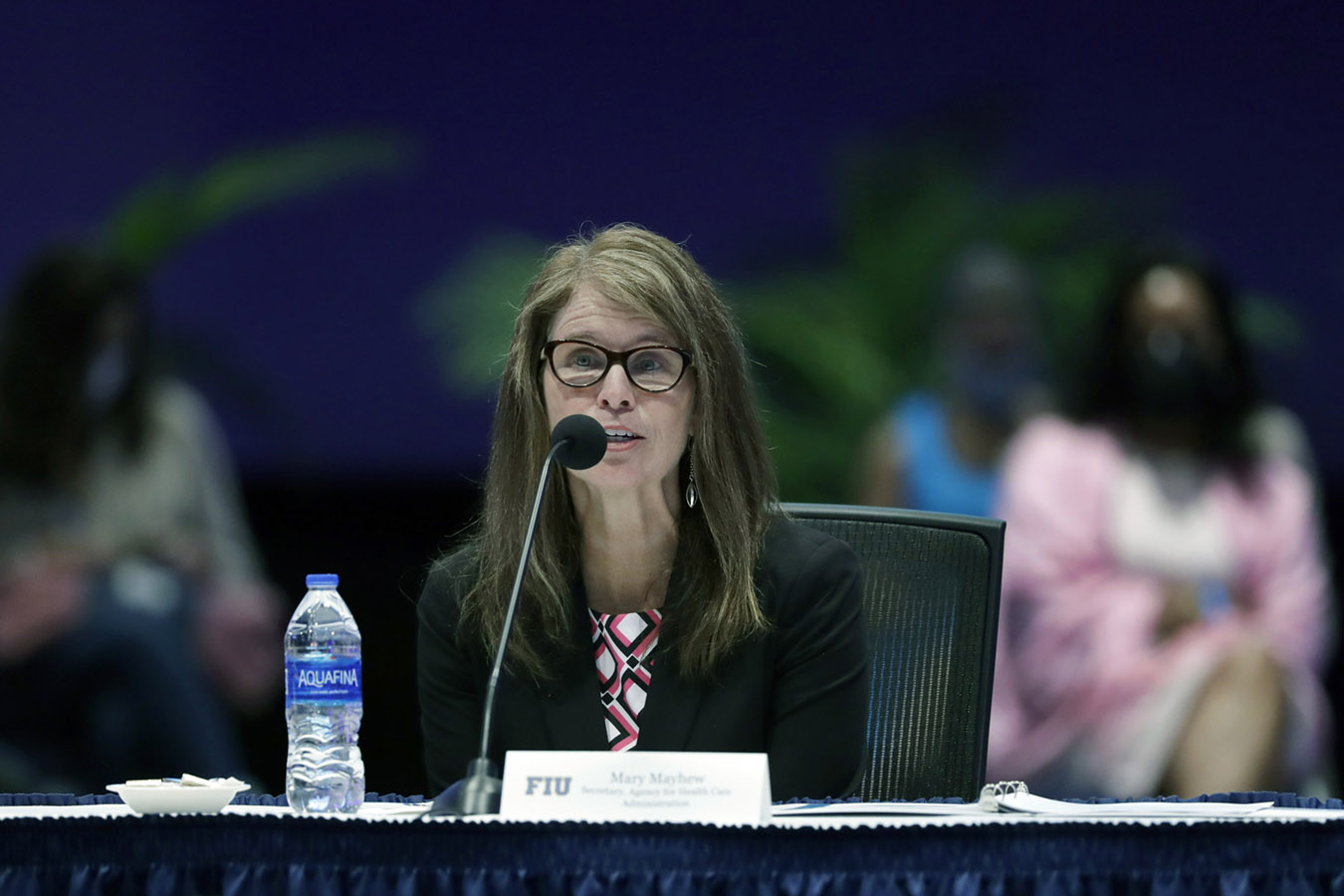 With its choice of a new leader, the Florida Hospital Association has signaled that seeking legislative approval to expand Medicaid to nearly 850,000 uninsured adults won’t be among its top priorities.

In October, Mary Mayhew became the association’s CEO. Mayhew, who led the state’s Medicaid agency since 2019, has been a vocal critic of the Affordable Care Act’s Medicaid expansion adopted by 38 other states. She has argued that expansion puts states in a difficult position because the federal government is unlikely to keep its financial commitment to pay its share of the costs.

Had Medicaid been expanded in Florida, hospitals there would have gained thousands of paying patients. But the institutions have done little in recent years to persuade the Republican-led legislature and Gov. Ron DeSantis, also Republican, who oppose such a move.

Mayhew acknowledged in an interview with KHN that expanding Medicaid to cover more uninsured patients could help hospitals financially, especially at a time when facilities have seen demand for services decline as people avoid care for fear of contracting COVID-19.

With that in mind, she said, she is now open to the idea of expanding Medicaid. “We need to look at all options on the table,” she said. “Is it doable? Yes.”

Still, she was quick to point out concerns about whether Florida can afford to expand.

“It will be financially challenging in our state budget as revenues have dropped,” Mayhew said, echoing comments of state officials. “That 10% cost has to come from somewhere.”

Mayhew’s hire worries advocates who have spent more than seven years lobbying lawmakers to expand Medicaid. Without strong support from the hospital industry, they fear they’re unlikely to change many votes.

“It may make it harder,” said Karen Woodall, executive director of Florida People’s Advocacy Center, a group that lobbies for policies to help low-income citizens. Marshaling hospital support is important, she said, because of the industry’s money and political clout.

In many state capitals, hospitals have led the fight for Medicaid expansion either by lobbying lawmakers or bankrolling ballot initiatives. The latest example was in Missouri, which this summer expanded Medicaid via a voter initiative. The campaign for the measure was partly funded by hospitals.

But in Florida, hospitals appear to have made a calculated decision to avoid pushing an initiative that Republican leaders have said they don’t want. Among the dozen states that have not expanded Medicaid, Florida is second only to Texas in the number of residents who could gain coverage.

Aurelio Fernandez, CEO of Memorial Healthcare System in Hollywood, Florida, who was chair of the hospital association board when it hired Mayhew, said her opposition to Medicaid expansion never came up in the process. The association hired Mayhew because of the “phenomenal job” she did guiding hospitals amid the COVID pandemic, he said.

“There is no appetite at this juncture [for the legislature] to expand the Medicaid program with Obamacare,” said Fernandez, despite his belief that expansion would help hospitals and patients.

Mayhew, sounding more like a state official than a hospital industry spokesperson, said the ultimate decision on expansion will be up to lawmakers, who must review spending priorities. When states face a financial crunch, lawmakers look to reduce spending in education and Medicaid, which are the biggest parts of the budget, she said.

“The last thing we want to see is the state budget balanced on the backs of hospitals with deep Medicaid reimbursement cuts,” Mayhew said.

Mayhew said her previous opposition to expanding Medicaid occurred when she was responsible for balancing the state budget and managing the programs in Florida and, before that, in Maine. When she ran Maine’s program, she said she opposed expanding Medicaid to allow nondisabled adults into the program while there were disabled enrollees already on waiting lists to get care.

The Florida Hospital Association, which represents more than 200 hospitals, spent years lobbying state lawmakers to expand Medicaid. But since DeSantis was elected in 2018, the group has focused on other issues because the governor and Republican lawmakers made clear they would not expand the program.

Asked what the association’s current position is on Medicaid expansion, Mayhew noted she has been in her job less than a month and “we have not had that policy decision by the board for me to answer that.”

Miriam Harmatz, executive director of the Florida Health Justice Project, an advocacy group, said Mayhew’s hire suggests that hospitals are unlikely to get behind a fledgling effort to put the expansion question to voters in 2022.

Others advocating for Medicaid expansion agree.

“It does not look like they [Florida’s hospitals] are on board with helping us expand Medicaid at the moment,” said Louisa McQueeney, program director of Florida Voices for Health, a consumer group helping with the ballot initiative.