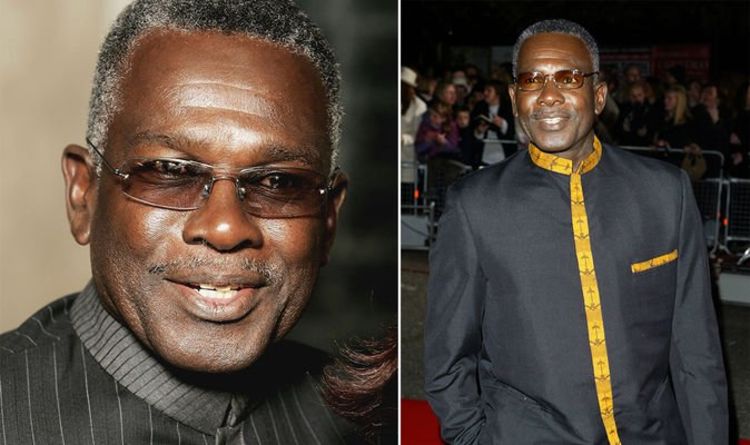 The 81-year-old actor has delivered captivating storylines to audiences of the BBC soap for many years, but when character Patrick found himself suffering from a stroke, Walker truly embraced the chance to portray the role as accurately as possible. The actor was able to prepare for the scenes as he already knew two people very close to him who had suffered from the life-threatening condition making it even more important for him to get it right.

The actor’s father Ralph suffered a stroke at the age of 70. Although defying the odds and living until he was 94, Walker said that he “spoke and walked more slowly” after the condition.

Another person close to the actor who had suffered from a stroke was EastEnders co-star John Bardon who played Jim Branning – long-term husband to Dot Cotton. After suffering badly from the condition the actor still made a few appearances on the soap until his unfortunate death in 2014.

Walker at the time said: “It was painful seeing him coming into work in a wheelchair and having to be assisted.”

Due to having first-hand experience seeing the effects of the condition on those close to him, Walker was familiar with the main symptoms. However to prepare for the role even more he worked with the Stroke Association and visited a specialist unit.

READ MORE: The 5 signs your wee is unhealthy

“It shocked me,” he admits. “There are 1.1 million stroke survivors in the UK, a huge number. And I met a 40-year-old sufferer, which shows there’s no age limit.”

The NHS states that stroke is a serious life-threatening medical condition that happens when the blood supply to part of the brain is cut off.

If the supply of blood is restricted or stopped, brain cells begin to die which can lead to brain injury, disability and possibly death.

The sooner a person receives treatment for a stroke, the less damage is likely to happen, which is why it is crucial to recognise the symptoms of the condition.

The NHS states that by remembering the word FAST, the main symptoms can be remembered.

There are two main causes of strokes: ischaemic stroke and haemorrhagic. The first is caused when blood supply is stopped because of a blood clot, accounting for 85 percent of all cases. The latter occurs when a weakened blood vessel supplying the brain bursts.

There’s also a related condition called a transient ischaemic attack (TIA), where the blood supply to the brain is temporarily interrupted. This causes what’s known as a mini-stroke. It can last a few minutes or persist up to 24 hours.

TIAs should be treated urgently as they’re often a warning sign that you are at risk of having a full stroke in the near future.

Treatment for a stroke depends on the type you have had and the part of the brain that has been affected.

Although usually treatable with medication that prevents and dissolves blood clots, reduces blood pressure and reduces cholesterol levels there is also the possibility of surgery. This removes blood clots and may also be used to treat brain swelling and reduce the risk of further bleeding if this was the cause of your stroke.

As Walker portrayed in EastEnders, those who suffer from a stroke are often left with long-term problems due to the injury to their brain.

The Stroke Association details some of the most common physical effects. They include:

They also often occur on one side of the body only. These effects can make it harder to move some parts of your body, and you may struggle with everyday activities.

Fatigue affects the majority of people who have a stroke or TIA which can also have a big effect on life.

Around one third of stroke survivors also have problems with speaking, reading, writing and understanding what other people say to them.

Cost of “preventable” COVID-19 hospitalizations more than $5B