On average, each U.S. nursing home is connected to seven others through shared staff, a study by Yale and UCLA researchers suggests. Rigorous infection control measures can curb spread of the coronavirus, but many workers say they still don’t have sufficient masks and other PPE. 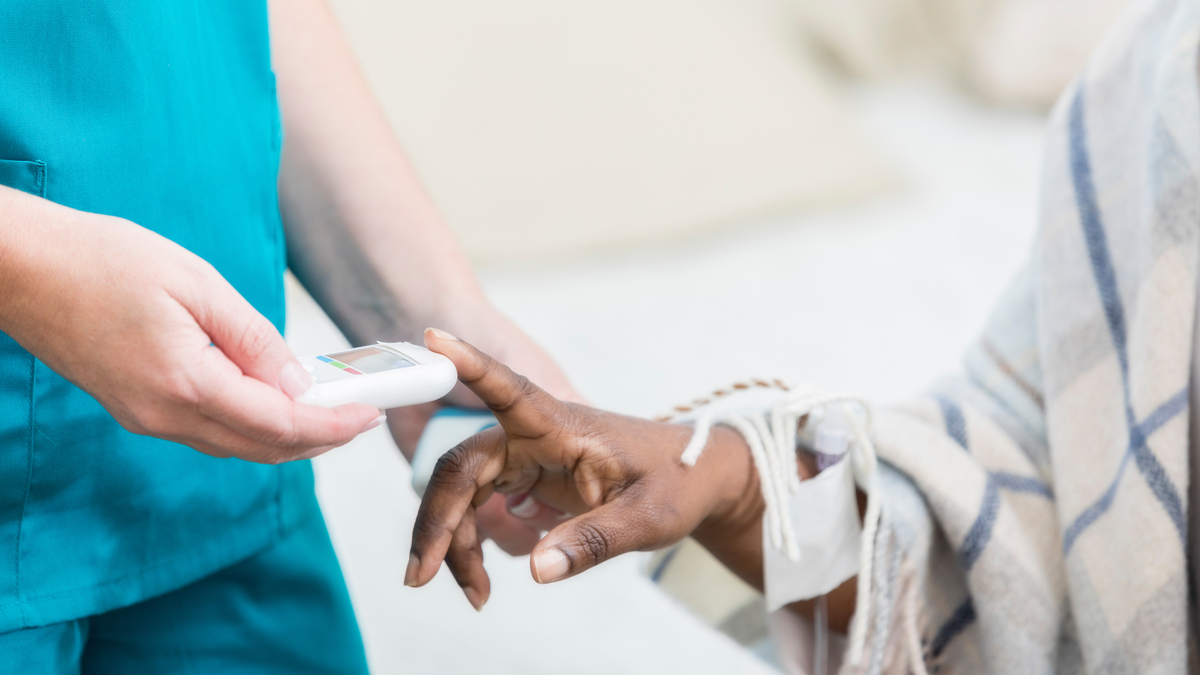 On average, each U.S. nursing home is connected to seven others through shared staff, a study by Yale and UCLA researchers suggests. Rigorous infection control measures can curb spread of the coronavirus, but many workers say they still don’t have sufficient masks and other PPE.

To make ends meet, Martha Tapia works 64 hours a week at two different Orange County, Calif., nursing homes. She is one of thousands of certified nursing assistants who perform the intimate and physical work of bathing, dressing and feeding the nation’s fragile elderly.

“We do everything for them. Everything you do for yourself, you have to do for the residents,” Tapia says.

And she’s one of many in that low-paid field, predominantly women of color, who work at more than one facility.

In March, when the coronavirus began racing through nursing homes the federal government banned visitors. (That guidance has since been updated.) But, even with the ban, infections kept spreading. A team of researchers from UCLA and Yale University decided to examine the people who continued to enter nursing homes in that time — the employees.

Keith Chen, a behavioral economist and UCLA professor, says the key question is this: “The people who, we can infer, work in this nursing home — what other nursing homes do they work at?”

Using location data from 30 million smartphones when the visitor ban was in place helped the scientists “see” the movements of people going into and out of nursing homes. The data showed a lot of nursing home workers are — like Tapia — working at more than one facility. Chen says the findings suggest that one source of the spread of infections is staff who work in multiple nursing homes.

“When you learn that over 20 of your workers are also spending time in other nursing homes, that should be a real red flag,” Chen says.

The toll on patients and beyond

More than 84,000 residents and staff of nursing homes and other long-term care facilities have died from COVID-19 across the U.S., representing 40% of all coronavirus fatalities in the country, according to Kaiser Family Foundation’s most recent analysis. (Kaiser Health News is an editorially independent program of KFF.)

In California the analogous toll is more than 5,700 deaths, making up 35% of all coronavirus fatalities in the state.

The UCLA team created maps of movement and found that on average each nursing home is connected to seven others through staff movement. Limiting nursing home employees to one facility could mean fewer COVID-19 infections — but that would hurt the workforce of people who say they work multiple jobs because of low wages.

After each of her shifts, Tapia worries she’ll bring the coronavirus home to her granddaughter. She tries to take precautions, including buying N95 masks from nurses. She knows it’s not just patients who are at risk. Nursing home workers like Tapia are also contracting COVID-19 — in California alone, 153 of them have died since the pandemic began.

At the nursing home she works at in the morning, she gets an N95 mask that she must only use — and reuse — in that facility. At her other nursing home job, in the afternoons, she gets only a blue surgical mask to wear.

“They say they cannot give us N95 [masks],” she says, because she works in the “general area” where residents haven’t tested positive for the coronavirus.

She doesn’t want to work at multiple nursing homes but her rent is $2,200 a month and her low pay and limited hours at each nursing home make multiple jobs a necessity.

“I don’t want to get sick. But we need to work. We need to eat, we need to pay rent. That’s just how it is,” Tapia says.

The UCLA study also found that some areas of the country have a much higher overlap in nursing home staffing than others.

“There are some facilities in Florida, in New Jersey, where they’re sharing upwards of 50 to 100 workers,” says UCLA associate professor Elisa Long, who, along with her colleagues, examined data during the federal visitor ban from March to May. “This is over an 11-week time period, but that’s a huge number of individuals that are moving between these facilities, all of these are potential sources of COVID transmission.”

They also found the more shared workers a nursing home has, the more COVID-19 infections among the residents.

“We found that if you’re going to see a nursing home outbreak anywhere it’s likely to spread to the Kevin Bacon of nursing homes in each state,” Chen says.

The team hopes that local health departments could use similar cell phone data methods as an early warning system. Using the test results from the “Kevin Bacon” of nursing homes as an indicator would be the first step.

“As soon as you detect an outbreak in one nursing home, you can immediately prioritize those other nursing homes that you know are increased risk,” Chen says.

The California Association of Health Facilities represents most nursing homes in California. In response to the study, the group says its members can’t prevent workers like Martha Tapia from taking jobs elsewhere, and they can’t pay them more, because California doesn’t pay them enough through Medicaid reimbursements.

Mike Dark, an attorney with the California Advocates for Nursing Home Reform, doesn’t buy that argument. He says the state already tried paying nursing homes more in 2006 — and that made them more profitable, but not more safe and efficient. He is skeptical that extra funding to pay staff would actually reach those workers.

“We know from past experience that money tends to go into the pockets of the executives and administrators who run these places,” Dark says.

He agrees that health workers like Martha Tapia should be paid more, but cautions against one idea that is being floated in some policy circles: limiting workers to one nursing home.

“Then you can wind up depriving some of the crucial health care givers that we have in these facilities of their livelihoods, which can’t be a good solution,” he says.

Instead, he says, regulators need to focus on the basics, especially in the 100 California nursing homes with ongoing outbreaks, since it’s been shown that infection control measures work.

“Right now there’s poor access to [personal protective equipment]. There’s still erratic compliance with things like hand-washing requirements,” he says. “If we spent more time addressing those key issues there would be much less concern about spread between facilities.”

Wishes, Images, Messages and Quotes to Share With Your Loved…

All You Need to Know About the Patron Saint Of Goa

Best Wishes, Images, Messages and Quotes to Share on Navy…

Why Was One of India’s Youngest Revolutionaries…