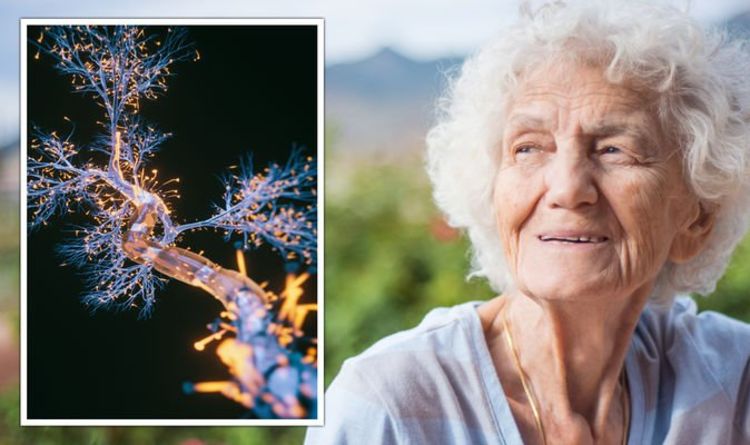 Cholesterol consists of fatty deposits found in the bloodstream, that build up in the arteries causing them to narrow and constrict overtime. The primary role of cholesterol however, is to aid the production of hormones in the body, but these responsibilities may stretch further than previously thought. Scientists have discovered cholesterol may play a key role in the formation of Alzheimer’s plaque, fuelling production of amyloid cells.

Scientists from the University of Virginia School of Medicine and their collaborators identified a new characteristic of the previously established link between cholesterol and amyloid production.

Astrocytes are a host of cells with distinctive functional features that vary within specific areas of the brain.

Brain diseases are often characterised by the inflammation of astrocytes. And in the brains of Alzheimer’s patients, these cells typically undergo drastic changes.

READ MORE: High cholesterol symptoms: The uncommon signs in your eyes that your levels are too high

The team found that astrocytes are one of the key drivers of Alzheimer’s; notably by making and distributing cholesterol to brain cells.

They observed that the build up of cholesterol fuelled amyloid beta production, which in turn boosted plaque accumulation.

While cholesterol levels are maintained at low levels in neurons, in Alzheimer’s, these neurons lose their ability to regulate amyloid production, which results in the formation of plaque.

Researcher Heather A Ferris said: “This study helps us to understand why genes linked to cholesterol are so important to the development of Alzheimer’s disease.

“Our data points to the importance of focusing on the production of cholesterol in astrocytes and the transport to neurons as a way to reduce amyloid beta and prevent plaques from ever being formed.”

The new findings offer important insight into how and why the plaques form, and researchers believe this could explain why genes associated with cholesterol have been linked to increased risk for Alzheimer’s.

Since amyloid beta production is tightly controlled in the brain, the findings suggest it may an important role in brain cells.

The researchers believe further studies could help identify ways to prevent the over-production as a potential strategy against the disease.

Ferris added: “If we find strategies to prevent astrocytes from over-producing cholesterol, we might make a real impact on the development on Alzheimer’s disease.

“We hope that targeting cholesterol can prevent that death from ever occurring in the first place.”

Comedians Turn Their Attention to Abortion