Dr. John Nkengasong, the director of the Africa Centres for Disease Control and Prevention, tells NPR he’s working on multiple fronts to bring vaccines to the continent. 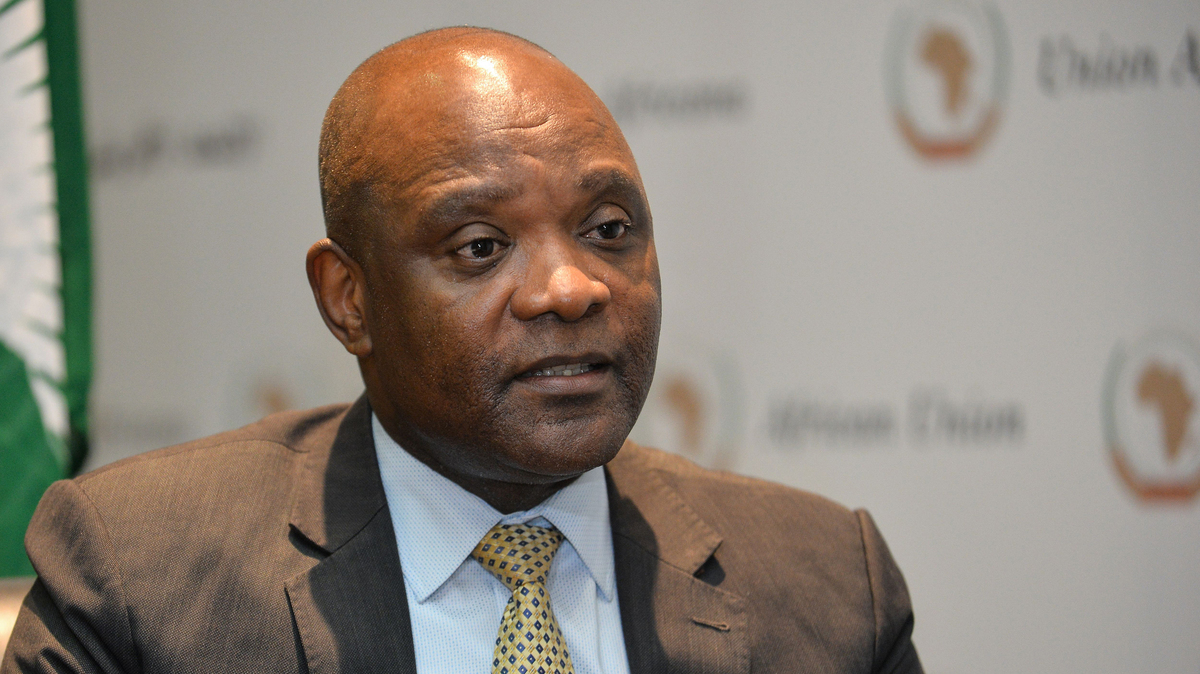 Dr. John Nkengasong, the director of the Africa Centres for Disease Control and Prevention, tells NPR he’s working on multiple fronts to bring vaccines to the continent.

The continent of Africa has seen fewer deaths from COVID-19 in the last year than people initially projected, thanks to its early response to the pandemic.

The continent of 1.2 billion people has had roughly 4 million cases and 106,000 deaths, far below Europe, the Americas or Asia.

Dr. John Nkengasong, the director for the African Union’s Africa Centres for Disease Control and Prevention, says one reason for the low number of deaths so far is Africa’s young population — the median age there is about 20 years old, and the recovery rate is high.

But a year into the pandemic, African countries are met with newer, more complex challenges — like navigating inequities surrounding the vaccine, critical shortages in oxygen and staving off a variant that emerged in South Africa that has already managed to creep into dozens of other countries.

At the head of all this is Nkengasong, who coordinates COVID-19 response across the continent.

“Vaccines are just now beginning to arrive on the continent,” he tells NPR. By one count, Africa has administered less than 2% of the more 300 million doses that have gone out already across the world.

One program meant to close the gap in vaccine distribution is COVAX, an initiative in partnership with the World Health Organization to ensure equitable access to the vaccine, especially in low-income countries.

COVAX has a goal of delivering 2 billion doses to 190 countries within the next year. But Nkengasong says COVAX allotments alone will not be enough.

He places his hope in the African Vaccine Acquisition Task Team, a group set up by the African Union that has been working to secure millions more doses.

“The goal of that is to bridge the gap, to acquire vaccines through a continental approach. And we have actually secured about 270 million additional doses that will hopefully complement whatever amount of doses we are getting from the COVAX facilities,” Nkengasong says. He’s also working on bilateral efforts with the U.S., Britain and European countries.

As for actually getting those doses into people’s arms, Nkengasong says the special cold chain storage requirements for the Pfizer and Moderna vaccines make rollout “problematic.” Other vaccines, such as Johnson & Johnson, don’t have the same requirements.

“We are hoping that the vaccine landscape will improve,” he says.

“We need to be able to roll out vaccines through major cities and also expand into remote areas as quickly as possible. That requires extraordinary logistics and unprecedented efforts that we have never done on the continent. As a matter of fact the continent of Africa has never vaccinated more than 100 million people in one year, so this is going to be a historic effort.”

Nkengasong also says it could take until the end of 2022 to reach their goal of vaccinating 60% of Africa’s population, even with the right support and partnerships.

“At that point, I would feel comfortable to declare that the continent is back to normality,” he tells NPR.

Confident That History Departments Will Now Have to…