A Malaria Mystery, Partly Solved: What Happens When the Rains End? 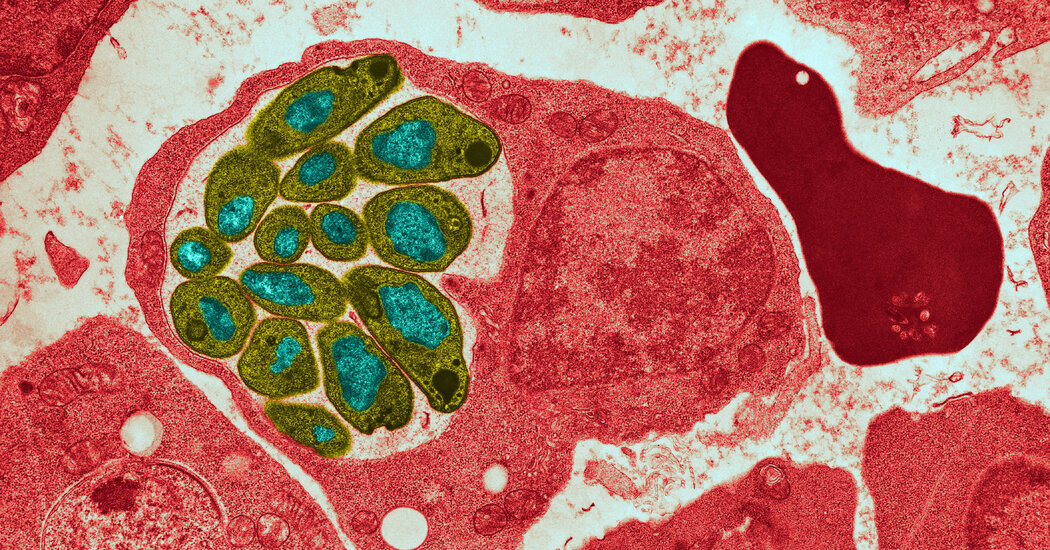 But during the dry season, the researchers found, the parasites in most red blood cells stopped making the sticky versions of that protein. They slipped away into the spleen to their destruction. But a few clingy survivors hung on, and appeared to slow down their metabolism, like microscopic bears hibernating for the winter.

This had two effects that protected them.

First, by measuring the inflammatory proteins produced by the immune system, Dr. Portugal showed that the reclusive parasites had somehow become too “quiet” to trigger the immune counterattack that might destroy them.

“A parasite that kills its host during the dry season reaches a dead end,” Dr. Portugal said.

Sarah K. Volkman, a molecular biologist at Harvard’s T.H. Chan School of Public Health and a leading malaria expert, called the new study “important.” Dr. Volkman’s research in Senegal has found that parasite lineages persisted in villages for 10 years. She noted that understanding the importance of that small dry-season reservoir could reveal ways to destroy the parasites when they are at their weakest.

Dr. Miriam K. Laufer, a malaria specialist at the University of Maryland’s medical school, also praised the study, saying it “delivered concrete data about things we thought were the case, such as that the dry season infections do not elicit a big immune response.”

Dr. Nicholas J. White, director of a malaria research unit based at the University of Oxford and Mahidol University in Thailand, was more reserved, noting that researchers in Vietnam had previously shown that parasites persist in dry months.

Parasites might simply “change their clothes” every few cycles to avoid being recognized by the immune system, he argued, and the lower number of cells clinging to walls could be explained by a change in the host’s antibody response rather than by a change in the parasite.

Synthetic bedding ‘can cause asthma’

A Pesto Pizza Recipe That Only Requires 3 Ingredients

Watch of the Week: The Brew Metric

How to lower your cholesterol levels – 7 tips to…

Fans Say Lisa Rinna Looks ‘Half Her Age’ in New…

The Covid Variant in Schools: What to Know