Women Achievers Who Made The Nation Proud In Their Respective Fields

INTERNATIONAL WOMEN’S DAY 2022: India has been working on the development of women in various fields to bring equality to the country. Women have come a long way and have broken the glass ceiling several times while proving their mettle in many fields. From science and technology to astronomy, politics and sports, women have achieved a benchmark in each and every profession. On International Women’s Day, check out top 5 women who made India proud with their achievements.

Mary Kom is an Indian boxer turned politician, who serves as a Member of Parliament, Rajya Sabha. (Image: Instagram) Kalpana Chawla the first Indian-born American astronaut and engineer who became the first woman of Indian origin to go to space. (File photo)

All of us have read or heard about Kalpana Chawla in school. She’s the first Indian-born American astronaut and engineer who became the first woman of Indian origin to go to space, making the nation proud. Although she died on the final flight to Earth, she is regarded as a National Hero in India. 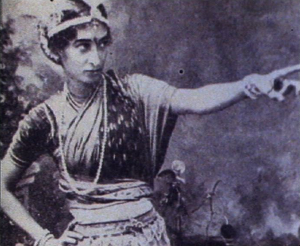 Daughter of Durgabai Kamat, Kamlabai Gokhale was the first female actress of Indian Cinema. She was cast by Dadasaheb Phalke, a pioneering filmmaker ofIndiawho cast her for his film Mohini Bhasmasur. Her mother Durgabai was seen as her mother in the film. While the nation remembers male cricketers and their achievements, it’s important to remember the females too, who achieved a lot in this field. Mithali Raj is the Test and ODI captain of Indian women’s cricket team. She is the highest run-scorer in women’s international cricket and the only female cricketer to surpass the 7,000 run mark and also holds the record for most half-centuries in WODIs.

Women In Power Around The World

Spice Up Your Celebration With These Drinks