What Not To Eat After Working Out, According to an RD 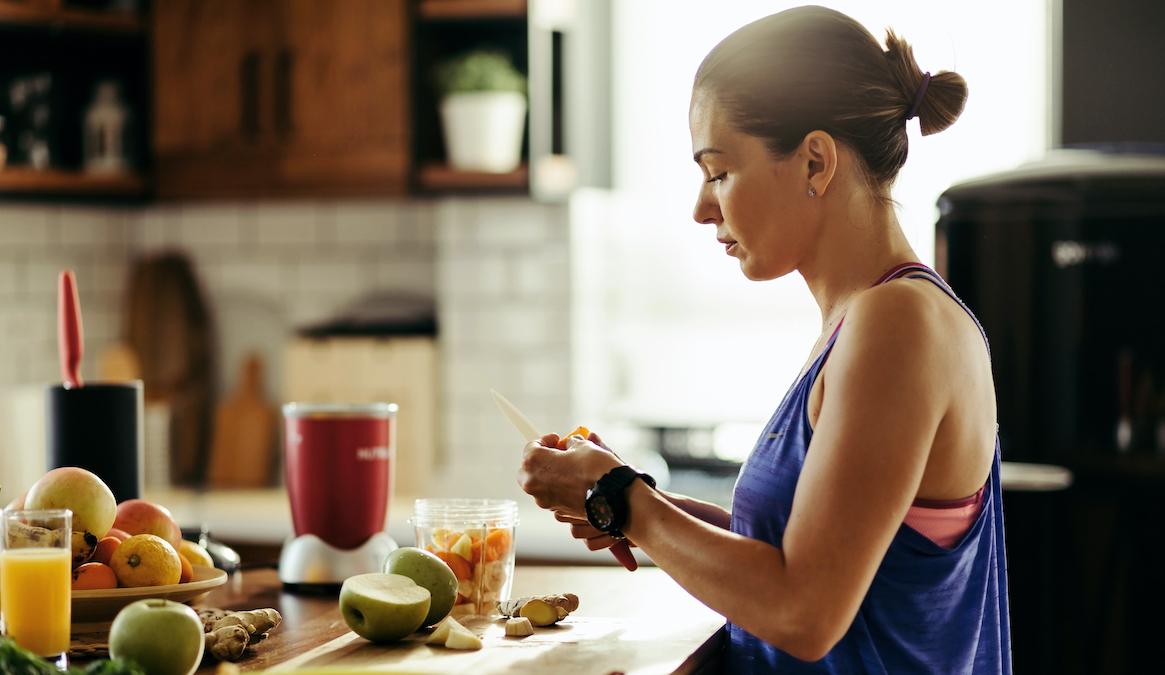 0
Share
Even if you enjoy every second of your workout, there is nothing quite like the feeling you get when it’s done. The endorphin boost has you buzzing, you feel a sense of accomplishment in each drop of sweat, and now it’s time to bask in the afterglow while you refuel.

If you’re part of a running group or sports league, maybe you collectively all head to the bar, giving each other sweaty high-fives between sips of lager. Or perhaps you fit a workout in during the day and are making yourself a smoothie before getting back to work. That is, unless you decide to microwave a slice of last night’s pizza. The point? Whatever nosh you opt for, it’s undeniable to say that your favorite foods just hit different after exercising.

As a sports dietitian, Lauren Antonucci, RD, encourages heading to the kitchen directly after a workout. “The worst thing you can do after a workout is not eat anything,” she says. “It is really important to refuel the body and brain for the rest of the day.” Antonucci emphasizes that refueling is important for both physical energy and mental energy; if you worked out in the morning and are having trouble concentrating in the afternoon, she says it could be a sign you didn’t refuel properly.

Antonucci also isn’t one to demonize anything you may be craving. Foods don’t have moral characteristics—they aren’t “good” or “bad”—they’re just foods. That said, she does say there are some popular post-workout foods and drinks that may not make you feel great physically, causing a stomach ache or digestive distress. Nothing can end a post-workout bliss faster than having to hang out by the bathroom or lie down on your bed because you feel sick.

Here, Antonucci pinpoints what not to eat after a workout (or drink) because they’re most likely to lead to feeling less than great. It doesn’t mean they’re off the table completely; it just means you may want to hydrate and refuel with something else before you have them. Keep reading for her expert intel.

The worst post-workout foods and drinks, according to a sports dietitian:

Breweries and bars all across the country have run clubs and while Antonucci is all for running with friends and even enjoying a beer together afterwards, she says it’s not the best thing to consume right after working out. “The alcohol in beer makes it dehydrating, so even though it’s a liquid and beer does have carbs—which are good after a workout—beer isn’t going to help with recovery,” she says. “What would be better is to hydrate with water or a sports drink as well as have a snack with protein and carbs, like a banana and yogurt. Then, go ahead and have a beer if you want.” There is also plenty of great-tasting non-alcoholic beer on the market.

After a workout, you may not have any energy to cook…which leads to firing up Grubhub and ordering takeout. Antonucci says the problem with pizza—and other foods that tend to be greasy—is that these high-fat foods can be hard to digest, and you want to go easy on your gut post-workout. “After a workout, there is less blood flow to the gut, so your digestive tract is functioning a little slower than usual,” she explains. “This is why you want to eat something that’s easy to digest.”

You can still order that pizza, just have a little appetizer like hummus on toast or edamame while you wait for it to be delivered.

A morning workout followed by a big breakfast is a weekend routine for many. You may head into the kitchen with one thought on your mind: “Give me all the protein and carbs, stat!” Antonucci says that’s 100 percent the right idea—you need both nutrients after working out. But if your way to get them is by frying up a plate of bacon and hashbrowns, your stomach might revolt. It’s the pizza problem in another form: bacon’s high fat content makes it difficult to digest, especially on an empty stomach.

You know what Antonucci says is a better post-workout breakfast? Pancakes and eggs. It has the protein and carbs you need but is easier on the stomach. “Save the greasy food for later in the day when you’re stomach is ready for it,” she says.

4. A smoothie made with every fruit in your crisper

You would never suspect smoothies to end up on this list, right? In general, Antonucci says it can be a great post-workout recovery snack. But if your smoothie has ever left you feeling gassy or caused digestive issues, she says there could be reasons for that, too. “One reason could be from the fruit in it, which contains both lots of heart-healthy fiber but also fructose. Fructose, the type of sugar in fruit, can be hard on the stomach,” Antonucci says.

Again, she emphasizes that fruit is awesome after a workout. But this could be a case of too much of a good thing; blending your fruit down makes it more compact, so you could be consuming more fructose than you would when eating fruit in its whole form. Do your digestive system a favor and instead of making your smoothie with a bunch of different fruits, stick to a couple and add in ingredients like leafy greens, cauliflower, or squash instead.

If you’re adding protein powder to your smoothie, Antonucci says there’s a chance one of the ingredients in the powder could irritate your stomach, too—especially if it has artificial sweeteners. It’s just something to be aware of if you’re experiencing any digestive issues post-smoothie, she says. “You can always swap out the protein powder for Greek yogurt,” Antonucci adds.

Okay, so you know what not to eat after a workout because it may not make you feel great. So, what should you have? Antonucci’s first rule is to hydrate either with water or a sports drink with electrolytes. On the food front, she says it’s important to refuel with foods that have protein, carbs, and fiber that are easy to digest. That way, the nutrients get absorbed in the bloodstream quickly without stressing out your digestive system.

Some examples of post-workout meals that check out all the boxes are Greek yogurt with fruit and nuts, eggs with spinach and sweet potatoes, or avocado toast with smoked salmon—to name a few ideas. Whatever you’re craving post-workout, Antonucci is all for having it; she just recommends hydrating and eating something that meets these nutrient needs first. Then, you can move through the rest of your day riding out that workout high with nothing getting in the way— exactly how it should be.

Oh hi! You look like someone who loves free workouts, discounts for cutting-edge wellness brands, and exclusive Well+Good content. Sign up for Well+, our online community of wellness insiders, and unlock your rewards instantly.