UK weather: Britain could bask in warmest June day ever with 35C on Friday

It looks like Britain’s climate has finally got the memo that summer is here as forecasters predict heatwave temperatures this week.

Following what was for many a windy weekend, a plume of hot air moving steadily north from sun-drenched Spain is set to see parts of the UK sweltering with maximums as high as 95F (35C) by Friday.

That would smash the highest temperature recorded so far this year – 27.5C (81.5F) at London Heathrow Airport on May 17 – and make the UK hotter than Portugal, Jamaica, Costa Rica, Hawaii, the Canary Islands and Cyprus.

While it will not be beach weather everywhere, with southern England experiencing the hottest days, the Midlands and parts of the North should also see temperatures well into the mid-20Cs (high-70Fs). 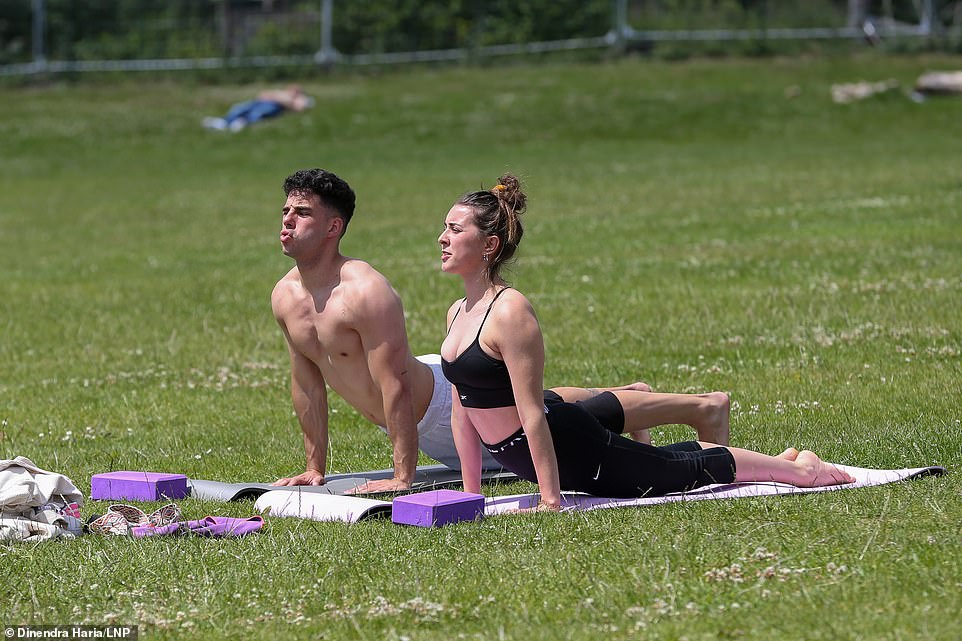 Before then, most of England and Wales can look forward to a week of dry and bright conditions, with temperatures reaching 27C (81F) by Wednesday.

Met Office forecaster Steven Keates said: ‘We haven’t had very much really warm weather so far this year, so this will be a first proper taste of summer.

‘But it could be quite short-lived, with most places likely to feel cooler on Saturday, apart from South East England where the warmth may hold on for another day. People will also have to bear in mind that pollen and UV levels are going to be very high.’

The Met Office is forecasting maximums of 32C (90F) in London on Friday, with areas from the Home Counties out to Dorset all projected to top 30C (86F).

But while some of its models project a scorching 35C (95F), the hot spell may not be officially deemed a heatwave as the really high temperatures are not expected to last the requisite three days.

Mr Keates said that temperatures in the mid-30Cs (mid-90Fs) are ‘possible’ on Friday, adding: ‘There’s not been much in the way of exceptionally warm days or hot days yet this year, but that is set to change.’ 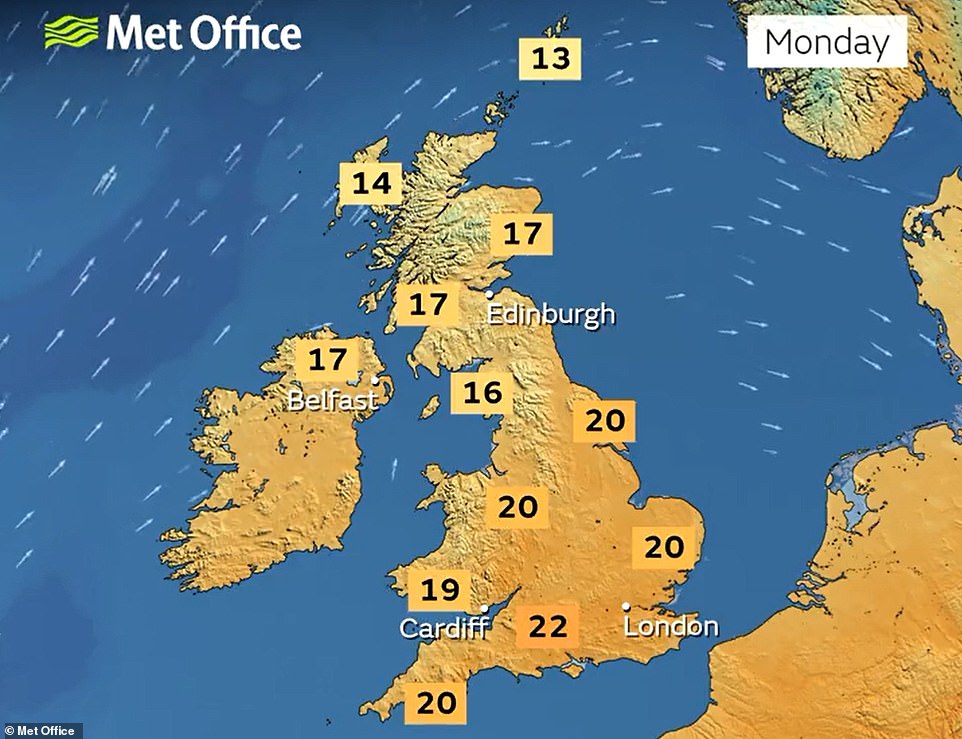 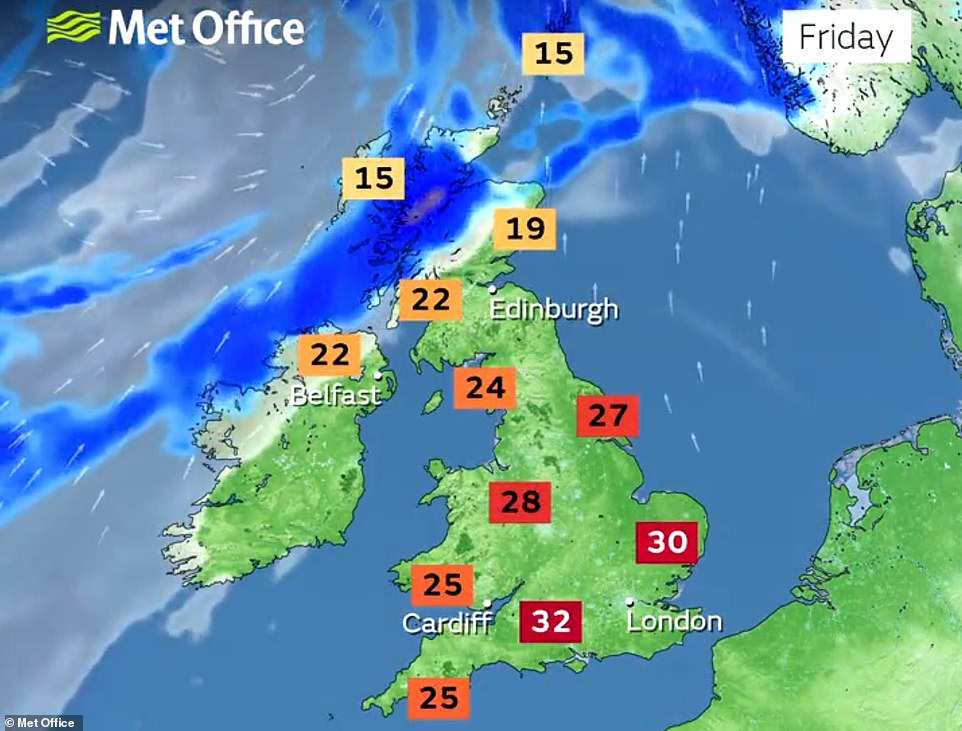 Speaking about the current 2022 record set at Heathrow on May 17, he said: ‘We should beat that comfortably on Friday and potentially exceed it, or get very close to it, on Wednesday and Thursday as well.

The meteorologist added that heatwaves – three consecutive days of high temperatures – were possible between June and mid-September.

‘We think at the moment it will be warmer than average with an increasing likelihood of heatwaves,’ he said. ‘There have been no heatwaves so far this year… the greater likelihood is that it’s going to be the further south, south east, you are.’

The hot air will be flowing north from Spain, parts of which are enduring the first heatwave of the year, with temperatures there forecast to reach 43C (109F) in some areas.

That in turn is caused by a mass of hot air sweeping in from North Africa. The temperature in Madrid could hit 38C (100F) by midweek, well above average for mid-June.

It comes after the remains of tropical Storm Alex passed by the British Isles, bringing with it unseasonably high winds, gusting at up to 55mph.

Train Your Dog with These Useful Tips for Happy Co-Existence

High cholesterol: Eat red meat ‘only on occasion’ as it is high in saturated fat