A University of Washington research coordinator holds up a swab after testing a someone for coronavirus on Oct. 23 in Seattle. The U.S. recorded a record high number of new daily cases Friday. 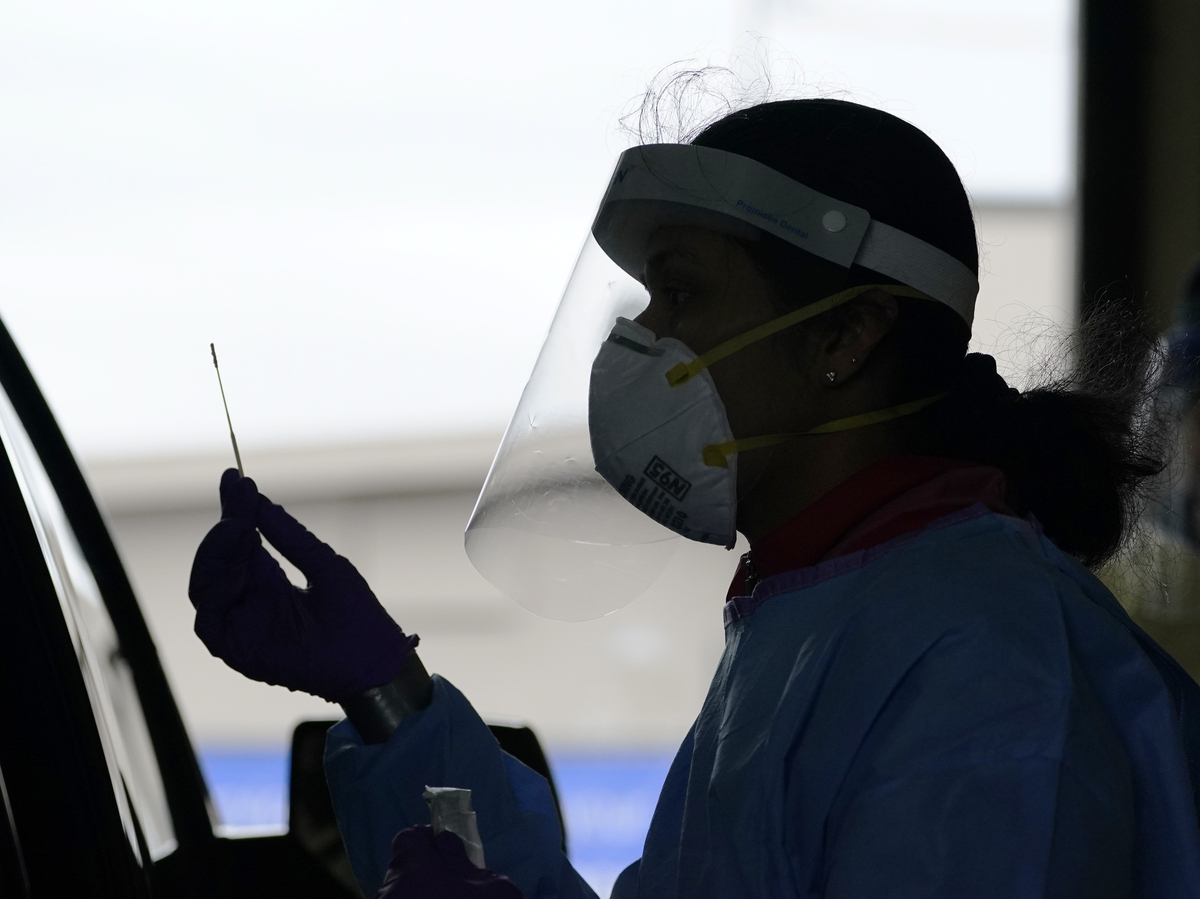 A University of Washington research coordinator holds up a swab after testing a someone for coronavirus on Oct. 23 in Seattle. The U.S. recorded a record high number of new daily cases Friday.

The United States hit a record high number of confirmed daily coronavirus cases Friday, recording more than 83,000 new cases, according to data compiled by Johns Hopkins University. The number surpasses the previous record of more than 77,000 cases in mid-July.

The U.S. also recorded 943 deaths due to COVID-19 Friday. More than 8 million people in the U.S. have been infected with the virus, and more than 223,000 people have died from the disease since the pandemic began, according to Johns Hopkins University. More than 42 million cases have been reported worldwide.

One day earlier, 71,671 new coronavirus cases were reported in the U.S. on Thursday. Cases have been rising sharply in the U.S. since mid-September, with new outbreaks picking up in several states. Hospitalizations have also been on the rise. The COVID Tracking Project reports 41,485 currently hospitalized as of Friday. The number is more than half of the highs recorded during the coronavirus surges in the spring and summer of 2020.

Unlike past surges, where a few states drove up case numbers, the current high is being propelled by many states. Texas currently has the most recorded cases, followed by Illinois, Wisconsin and Florida.

Despite the rise in cases, there has been some good news. Two peer-reviewed studies recently showed a drop in mortality among patients hospitalized with COVID-19, suggesting health care workers have gotten better at helping patients survive the disease. One study found that the mortality rate among hospitalized patients dropped 18 percent, from 25.6 percent to 7.6 percent.

The mortality rate remains high compared to other diseases, and some continue to suffer complications long after recovering.

Voting in a Covid Pandemic: Wear a Mask and Bring Your Own Pens