Mary Estime-Irvin, a councilwoman for the city of North Miami, writes the name of a friend lost to COVID-19 on a symbolic tombstone that is part of a pandemic memorial at Griffing Park in North Miami on Oct. 28, 2020. 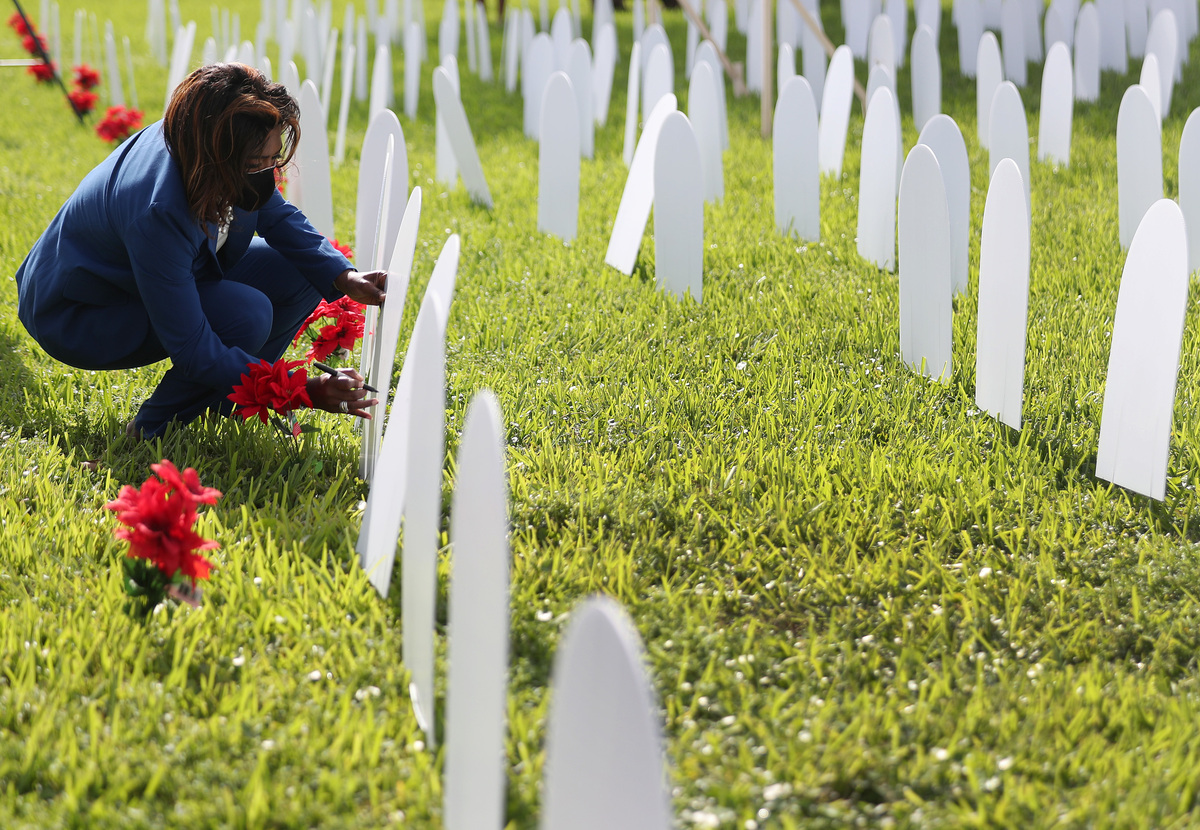 Mary Estime-Irvin, a councilwoman for the city of North Miami, writes the name of a friend lost to COVID-19 on a symbolic tombstone that is part of a pandemic memorial at Griffing Park in North Miami on Oct. 28, 2020.

While millions wait for a life-saving shot, the U.S. death toll from the novel coronavirus continues to soar upwards with horrifying speed. Today, the last full day of Donald Trump’s presidency, the official death count reached 400,000 — a once-unthinkable number. More than 100,000 Americans have perished in the pandemic in just the past five weeks.

In the U.S., someone now dies from COVID-19 every 26 seconds. And the disease is now claiming more American lives each week than any other condition, ahead of heart disease and cancer, according to the Institute for Health Metrics and Evaluation at the University of Washington.

“It didn’t have to be like this, and it shouldn’t still be like this,” says Kristin Urquiza, who began communicating with other grieving family members after her father Mark died from COVID-19 on June 30, as the virus was sweeping through Phoenix, Ariz.

Urquiza described it as “watching a slow-moving hurricane” tear apart her childhood neighborhood, where many people have no choice but to keep going to work and risking their health.

“I talk to dozens of strangers a day who are going through what I did in June, but the magnitude and the haunting similarities between our stories six months later is really hard,” says Urquiza.

She co-founded Marked By COVID, which is calling for a faster government response and a national memorial for pandemic victims. 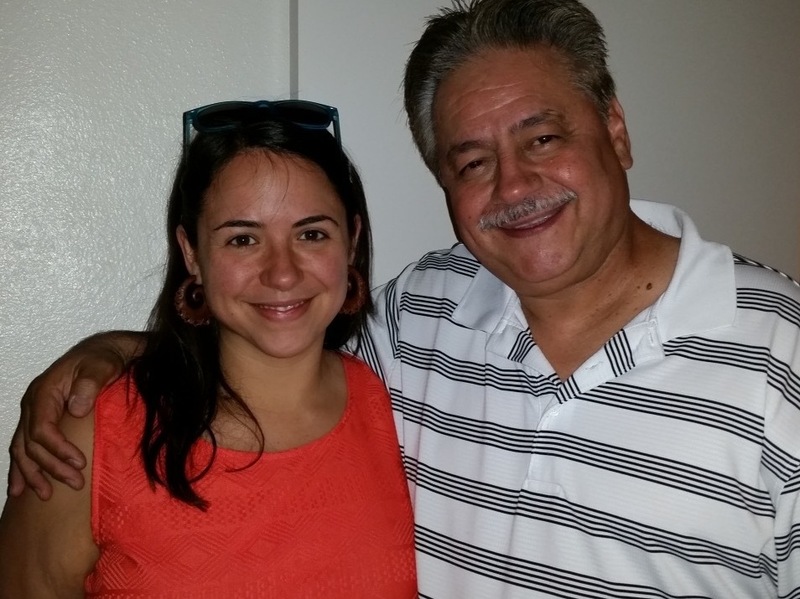 Kristin Urquiza and her father Mark at a family celebration in Phoenix in 2016. After Mark’s death from the coronavirus on June 30, 2020, Kristin co-founded a group for grieving family members, Marked By COVID. 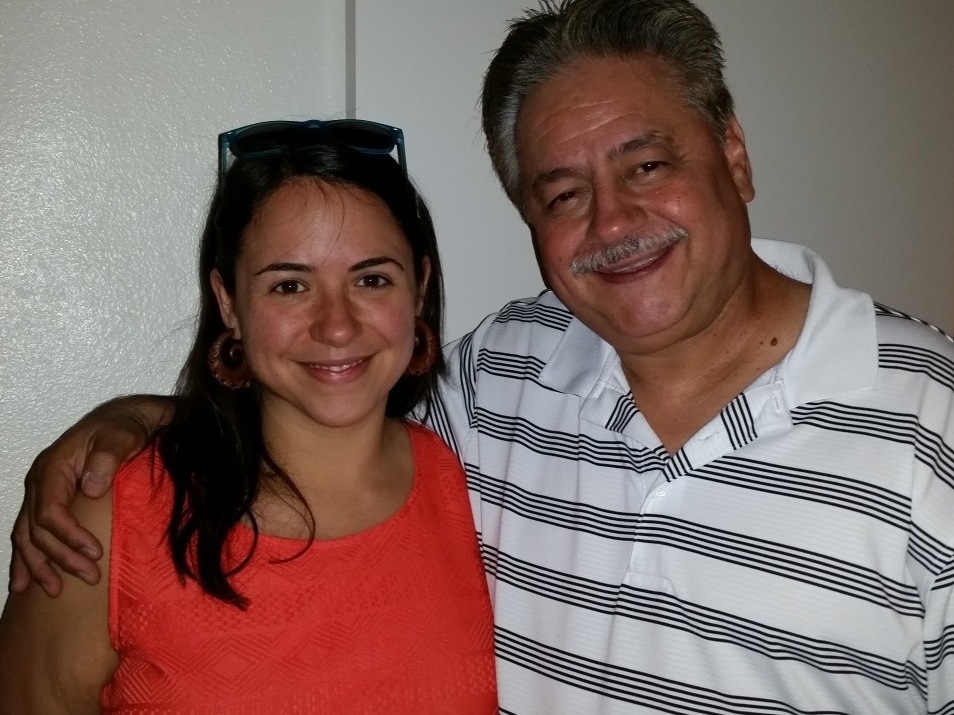 Kristin Urquiza and her father Mark at a family celebration in Phoenix in 2016. After Mark’s death from the coronavirus on June 30, 2020, Kristin co-founded a group for grieving family members, Marked By COVID.

Given its relatively large population, the U.S. death rate from COVID remains lower than the rate in many other countries. But the cumulative death toll of 400,000 now exceeds any other country’s overall mortality — close to double what Brazil has recorded, and 4 times the death count in the U.K.

“It’s very hard to wrap your mind around a number that is so large, particularly when we’ve had 10 months of large numbers assaulting our senses and really, really horrific images coming out of our hospitals and our morgues,” says Dr. Kirsten Bibbins-Domingo, chair of epidemiology at the University of California, San Francisco.

Scientists had long anticipated that wintertime could plunge the country into the deadliest months yet, but even Bibbins-Domingo wasn’t ready for the sheer pace of deaths, or the scale of the accumulated losses. The mortality burden has fallen heavily on her own state of California, a place that was averaging fewer than 100 deaths a day for long stretches of the pandemic, but is now recording more than 500 deaths a day.

She says California may have followed the science with its handling of the pandemic and yet the devastation unfolding in places like Los Angeles reveals just how fragile any community can be.

The U.S is now averaging more than 3,300 deaths a day — well above the most devastating days of the early spring surge, when the daily average deaths hovered around 2,000.

“At this point, looking at the numbers, for me the question is: Is there any way we can avoid half a million deaths before the end of February?” says Ashish Jha, dean of the Brown University School of Public Health.

“I think of how much suffering as a nation we seem to be willing to accept that we have this number of people getting infected and dying every day.”

The path to 400,000 deaths was painfully familiar, with patterns of sickness and death repeating themselves from earlier in the pandemic.

A shocking number of people in nursing homes and assisted living facilities continue to die each week — more than 6,000 of those residents died just in the first week of January, 2021.

Deaths linked to long-term care now account for more than a third of all COVID-19 deaths in the U.S. since the beginning of the pandemic. In a handful of states, long-term care contributed to half of the total deaths.

Certain parts of the country have a disproportionately high death rate. Alabama and Arizona, in particular, have experienced some of the highest death rates, given their populations. The virus continues to kill Black and Indigenous Americans at much higher rates than white Americans.

In rural America, the chance of dying from COVID-19 remains much higher than in the urban centers.

People over 65 make up the overwhelming majority of deaths, but Jha says more young people are dying than earlier in the pandemic simply because the virus is so widespread.

In this newest and grimmest chapter of the pandemic, the virus has preyed upon a public weary of restrictions and rules, and eager to socially mix with family and friends over the holiday season.

Like many health care workers, Dr. Panagis Galiatsatos at Johns Hopkins Hospital is now witnessing the tragic consequences in his daily rounds.

“My heart breaks because we could have prevented this,” says Galiatsatos, an assistant professor of medicine who cares for COVID-19 patients in the ICU.

“A lot of what we saw during the holiday travel was the inability to reach our loved ones or family members — not like a public service announcement, but one on one talking to them [about the exposure risks]… I really felt like we failed.”

Galiatsatos still recalls a grandmother who was transported six hours from her home to his hospital — because there were no beds anywhere closer.

On the phone, he heard her family’s shock at her sudden passing.

“They said: ‘But she was so healthy, she cooked us all Thanksgiving dinner and we had all the family over,” he says. “They were saying it with sincerity, but that’s probably where she got it.”

The enormous loss of life this winter has happened, paradoxically, at a time that many hope marks the start of the final chapter of the pandemic.

A quarter of all COVID-19 deaths have happened during the five-week period since the Food & Drug Administration authorized the first vaccine on Dec. 14.

“The trickle of vaccine is so tragically scant —what we need is more of a river of it,” says Dr. Howard Markel, who directs the University of Michigan’s Center for the History of Medicine.

Markel, who has written about the 1918-19 flu pandemic, says it’s estimated that killed upwards of 700,000 Americans.

Regarding the current coronavirus pandemic, Markel says “I hope we’re not talking… 600,000 or more.”

The first coronavirus vaccine in the U.S. was given on Dec. 14, 2020. A disjointed and often frustrating rollout followed, as states, counties and even individual hospitals struggled to store the first refrigerated shipments of vaccine and arrange for busy health care workers to get it. So far, about 3 in every 100 people have gotten at least one dose of the vaccine, placing America ahead of many other countries, but behind the optimistic promises made in the early days of the rollout.

Given the current pace of vaccination, experts warn Americans cannot depend solely on the vaccine to prevent a crushing number of additional deaths from the virus in the coming months.

UCSF’s Bibbins-Domingo worries the relief of knowing that a vaccine will eventually be widely available — the so-called “light at the end of the tunnel” — may actually lull millions of more Americans into a false sense of safety.

“This ‘tunnel’ is actually a very long tunnel and the next few months, as the last few months have been, are going to be very dark times,” she says.

The emergence of new, more contagious variants of SARS-CoV-2 only complicates the picture, and makes it all the more imperative that Americans spend the coming months doubling down on the very same tactics — facemasks and physical distancing — that have kept many people safe from the virus so far.

But Ashish Jha says the country now faces a different task compared to the fall, when “big behavioral changes and large economic costs” were required to prevent deaths.

“Right now what is required is getting people vaccinated with vaccines we already have,” he says. “The fact that’s going super slow still is incredibly frustrating.”

It is this polarity — the advent of a life-saving vaccine and hospitals filled with more dying patients than ever before — that makes this particular moment in the pandemic so confounding.

“I can’t help but feel this immense somberness,” says Kristin Urquiza. “I know that a vaccine isn’t going to make a difference for the people that are in the hospital right now, or who will be in the hospital next week, or even next month.”

This story was produced in partnership with Kaiser Health News.

Welcome Winter With These Beetroot DIY Hacks for Glowing…