Tom Cruise parachutes off a MOUNTAIN to film Mission Impossible 8

He famously insists on doing all his own stunts.

So Tom Cruise threw himself into the action once again as he filmed daredevil scenes for the upcoming Mission Impossible 8 film in the Lake District on Wednesday.

The fearless actor – who celebrated his 60th birthday earlier this month – took in the sights of the British countryside as he jumped off a mountain and parachuted safely to the ground for an extreme stunt. 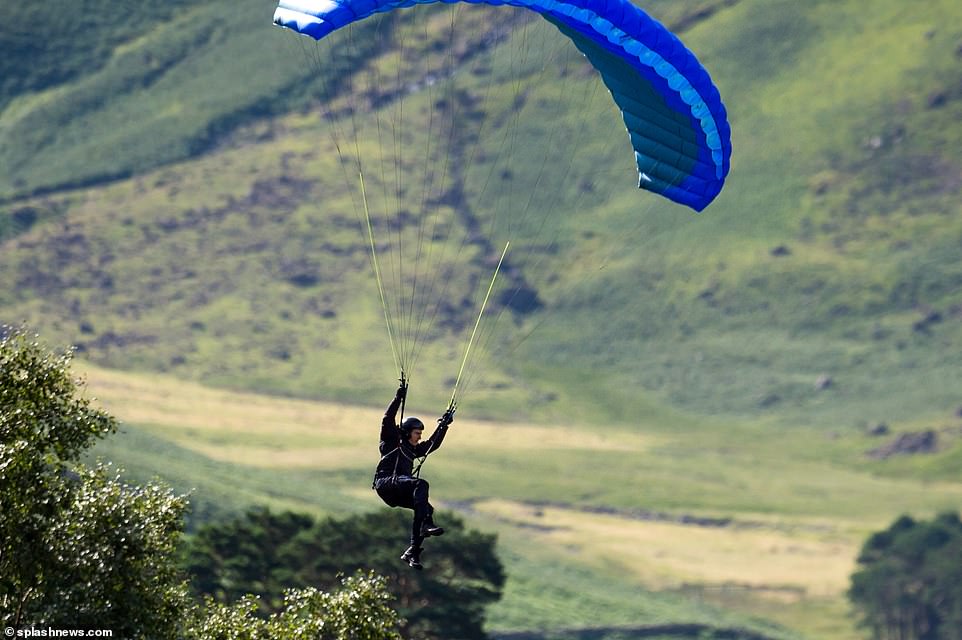 Exclusive: Daredevil Tom Cruise, 60, parachuted off a mountain as he filmed more risky scenes for Mission Impossible 8 in the Lake District on Wednesday

Tom was clad in all-black for the scenes and ensured he took safety precautions as he sported a helmet.

The Academy Award nominee was seen chatting with crew members after he safely made it to the bottom of the mountain, but wasted no time ensuring he got the perfect shot by taking a helicopter back up to the top to repeat the process.

Despite having just celebrated his milestone 60th birthday, Tom proved he had no intention of slowing down his high action stunts.

The mission IS possible: The fearless actor – who celebrated his 60th birthday earlier this month – took in the sights of the British countryside as he jumped off a mountain and parachuted safely to the ground for an extreme stunt

The daredevil stunt comes as the actor is set to experience a new first in his glittering movie career after being given extremely rare permission to film inside Westminster Abbey in London for Mission: Impossible 8.

A film source told The Sun: ‘Nothing but the biggest and the best will do [for Tom].

‘So when he wanted to film inside a church for the new Mission film, it had to be Westminster Abbey. They turn down almost every request, so it’s an incredible nod to Tom and to the production team to say yes.

‘It will make an extraordinary filming location and sets the tone for just how big this film is going to be. The budget is enormous, of course, but the ambitions are even bigger.’

It comes after Mission: Impossible 7 and 8 were pushed back at the start of the year due to Covid-related delays.

The latest instalment of the action saga, the seventh film, was first due for release in July 2021, but was pushed back to May this year and later delayed again to 30 September.

However, Paramount Pictures and Skydance have announced the movie will now not be seen in cinemas until 14 July 2023 due to the impact of the coronavirus pandemic on production.

As a result, the eighth film, which was expected to be released in July next year, will now not come out until 28 July 2024.

In a joint statement, the studios said: ‘After thoughtful consideration, Paramount Pictures and Skydance have decided to postpone the release dates for Mission: Impossible 7 & 8 in response to delays due to the ongoing pandemic.

‘We look forward to providing moviegoers with an unparalleled theatrical experience.’

Production on the seventh film – which is directed by Christopher McQuarrie – began in Venice, Italy, in February 2020 but it was halted due to the pandemic and eventually moved to the UK when work could restart.

However, it has been hit by delays twice, most recently in June 2021 following positive COVID-19 tests within the cast and crew.

Tom famously does his own stunts and it was recently revealed he had been learning to fly a World War II military plane for Mission: Impossible 8.

A source recently told The Sun: ‘Tom had started to learn to fly a Boeing Stearman biplane earlier this year for a major stunt scene in Mission: Impossible 8.

‘It’s obviously a highly skilled task but as usual he has no plans to cut any corners or bring in a stuntman.

‘Filming has only just wrapped on Mission: Impossible 7 but Tom has not given himself a break. And trying to film jaw-dropping scenes with an 80-year-old plane is particularly dangerous.’

However, Tom’s budget for the films was said to be raising eyebrows, with the star reportedly in crisis talks with Mission Impossible bosses after splashing £290million during the production of the anticipated seventh and eighth instalments.

Sources disclosed to The Sun: ‘People are starting to sweat on the costs now.

‘Nobody could have predicted what has happened but the fact is those delays and extra costs are stacking up now and it’s starting to get noticed.

‘Even with someone as big as Tom and these films, it’s the sort of money that has leveraged the studio heavily and bosses are desperate to start seeing things hit the screen.’

After several delays, one very public meltdown and countless attempts to work across multiple countries during a global pandemic the seventh instalment in the Mission: Impossible franchise may well be the most costly in its 26-year history.

One notable factor in the film’s enormous budget has been the global pandemic, which swept across mainland Europe shortly after principal photography got underway in Venice in February 2020.

Lockdown and a desperate attempt to work around COVID-19 resulted in the production enduring an inauspicious start – with cast and crew forced to stop work after Northern Italy closed its doors.

The first day of principal photography was supposed to be filmed with the annual Carnival Venice serving as an elaborate backdrop, but after the event was cancelled director Christopher McQuarrie and his team relocated to Rome – only to be shut down once again when COVID cases in the Italian capital started to rise.

Sources claim constant infections, coupled with national health restrictions and the pandemic’s refusal to die down resulted in more costs, because crew members needed to be paid, given expenses and offered hotel accommodation during extended quarantine and lockdown periods.

The relentless pressure to finish the film may well have been the catalyst for Cruise’s high-profile meltdown on set in December 2020 after a crew-member breached COVID protocol – putting the production in further jeopardy.

Sources claim there were further issues in 2021, when Paramount were confronted with a bill for $50million in overages, caused by co-producer Skydance declining to exceed their pre-agreed contractual requirement regarding financial contributions. 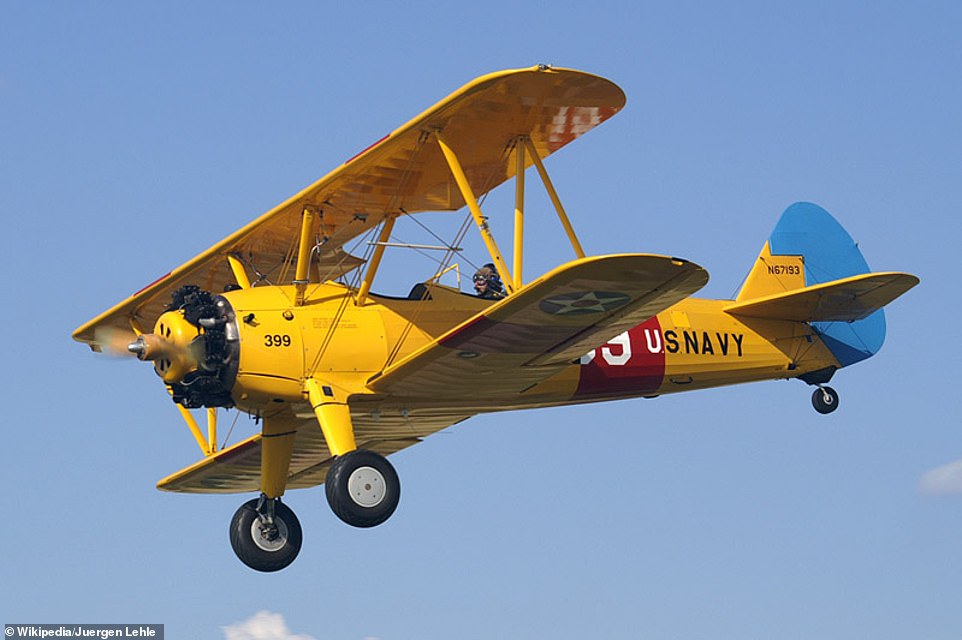 Learning: The actor was recently said said to have been learning how to use a 1943 Boeing Stearman Model 75 after recently wrapping filming on Mission: Impossible 7

A.I. Predicts the Shape of Nearly Every Protein Known to Science

Best Craft Rum to Sip or Mix in Cocktails

Getting Married This Winter? Check Out The Do’s And…

Cricketer Harmanpreet Kaur Talks About Her Idea of Fashion,…