To Fix America’s Broken Health Care System, We Must Rethink Who Counts as an Expert 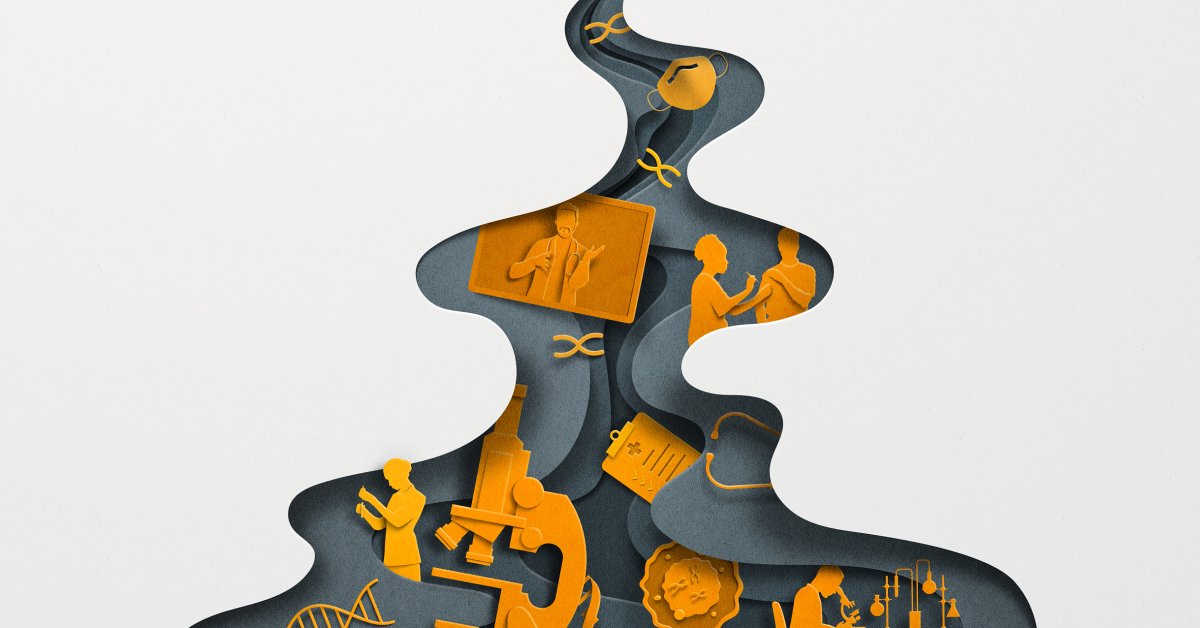 Americans are emerging from the COVID-19 pandemic like survivors of a wildfire surveying an unfamiliar landscape. As we take stock of what’s left, we are forced to rebuild, but we need not simply restore what was taken in a hollow echo of what we knew before. We can make health care and the infrastructure that supports it better, stronger, more resilient. To do that, as we learned at great cost over the past 15 months, we must value all the stakeholders in the system: not just insurance executives and hospital CEOs, but patients, disabled people, older adults, low-income people, people of color who have faced historic health care discrimination, and health care workers and supporters, from home health aides to hospital registrars.

Millions of Americans interact with the health care system every year—if and when they can afford it. But discussions about health care reform often leave out some of these voices. Policy-makers, industry executives, hospital officials and others in high-status positions hear from others in similar roles, or from prominent members of the health care community like sought-after specialists who bring in high-value patients. Under-represented in these conversations are those who know the system at its worst, like ambulance crews making minimum wage, nurses in underfunded community health clinics and uninsured patients who know what it’s like to halve their insulin dose to stretch to the next paycheck. The devaluation of these members of the health care community is paradoxically what makes their voices so important: those who are considered lowest in status often have the best observations about the systems they are trapped in.

Two groups of stakeholders were particularly vocal and active during the pandemic: nurses and disabled people. While communities banged pots and cheered, hospitals hung heroes work here banners and the media trumpeted about “essential workers,” many nurses were laboring in conditions that didn’t have to be so dangerous. Nurses are on the front line of patient care, on shift for hours with their assigned patients, unlike physicians, technicians and other providers who typically see patients briefly for tests or assessments. Nursing work can be grinding and emotionally exhausting, and nurses often know their patients and their families best, seeing elements of the health care system that others may be oblivious to. Yet these medical professionals are often not afforded the respect given to doctors.

During the pandemic, though, the nation had no choice but to hear the collective voice of nurses everywhere. Hospital by hospital, nurses worked together to make themselves and their patients safer, even if it meant wearing garbage bags as PPE, as some had to do in New York City—forcing those in charge to confront the reality that we were ill-prepared for a national public-health catastrophe. And as nurses rapidly adopted technology to allow for remote patient visits, too many of which ended with families saying goodbye via video chat, they reminded the health care community that patient care isn’t just about physical health.

The disability community, including a broad swath of people from those with chronic illnesses to wheelchair users to mentally ill people, makes up roughly 26% of the U.S. population. While the term professional patient is sometimes used in a derogatory way, it accurately describes many people who regularly interact with the health care system. They are, by nature of their health care needs, extremely familiar with the ins and outs of the system, including the problematic elements. During the pandemic, some organized around hashtags like #HighRiskCA, which was used to call out the way California’s vaccine-distribution system, in the first phase of the rollout, left out disabled people who did not meet its 65-plus age requirement but were highly vulnerable to COVID-19. Furthermore, through a partnership between the Johns Hopkins Disability Health Research Center and the Center for Dignity in Healthcare for People With Disabilities, a team that included disabled researchers set up a Vaccine Prioritization Dashboard to track how states were handling disability eligibility for vaccines and help disabled people navigate incredibly confusing guidance. The disabled researchers drew upon their own experiences and fears in developing an accessible, clear product to help the community, filling a gap in the public-health outreach system.

We should not just cheer these examples as cases where some often overlooked people happened to offer something useful during a disaster; we should see them as a road map for the future. As we move forward, we should use the knowledge and skills of nurses, disabled people, health care coordinators and myriad others to build the health care system we deserve. Those people need to be represented in the rooms where policy is developed, including among legislatures, advocacy groups and other entities that push policy priorities. People interested in health care reform should actively seek out these voices: to learn more about how to advocate for what people actually need, and to figure out what questions to ask those in power. When people raise issues that make advocates uncomfortable, it’s necessary to lean into that discomfort and use it as an opportunity to do better.

People with extensive experience in the health care landscape have critiques that may improve proposals to fix it. Consider the notion of a government-funded single-payer health care system. Many Americans, as much as 36% based on a 2020 Pew survey, say they support such a program, but the public conversation on this topic does not clearly define what such a plan would look like, and it’s been muddled by conflicting proposals. Although people without experience in the health care space may think it’s as simple as needing care and getting it paid for by the government, disabled people want answers to questions that, to others, might seem in the weeds but are actually critical to everyone, such as how prescription benefits would be covered, or what happens when a costly test or procedure is recommended but a patient doesn’t meet strict criteria. We are emerging from a hard-fought war against an invisible enemy and we know the current system is broken, but if we leave out the voices of people in the know when we fix it, whatever we develop may not be an improvement, but rather, the same problems in a new package.

As post–World War II Japan slowly began its economic recovery and manufacturing began to bloom, Toyota introduced the Andon cord: a literal cord that anyone on the production line could pull to pause production to address a safety or quality issue. The prospect of allowing anyone to bring a multimillion-dollar process to a halt may sound wild, but it turned out to be highly effective, making everyone into an experienced stakeholder, no matter the nature of the task they were performing. The Andon played a role in the culture turnaround of the NUMMI auto-manufacturing plant in Fremont, Calif., which had a toxic and unproductive work environment until the mid-1980s, when Toyota and GM began jointly operating it using Toyota’s manufacturing processes. Empowering workers with the Andon proved successful in improving morale and increasing buy-in.

The U.S. health care system as a whole needs a metaphorical Andon cord. It’s something we know works in health care settings, as some facilities use similar safety checks to protect patients and providers—one of which is “Stop the Line,” which can be called by anyone to stop and address a safety concern or other issue such as the wrong medication or improper use of equipment. The point is, the real expert is not always the foreman or the team lead, the prestigious surgeon or the person with the broad, big-picture view. Sometimes it’s someone on the assembly line, or it’s the hospital orderly who cleans rooms between patients. A physical plant worker can have a sharp idea for more safely sealing doors. An intern reading about right-to-repair laws can fight to get sidelined ventilators up and running.

We may not know when the next pandemic will strike, but we do know that everyone needs health care, and the system needs to be much more robust the next time a new virus or mass-casualty event happens. Repairing America’s health care system requires the humility to recognize expertise no matter where it comes from, and the ability to integrate stakeholders into the process as early as possible. If we truly want everyone in the U.S. to have access to high-quality, safe, equitable, compassionate health care, we must stop to value everyone who’s embedded in the system.

smith is a National Magazine Award–winning essayist and journalist