These Front-Line Workers Could Have Retired. They Risked Their Lives Instead. 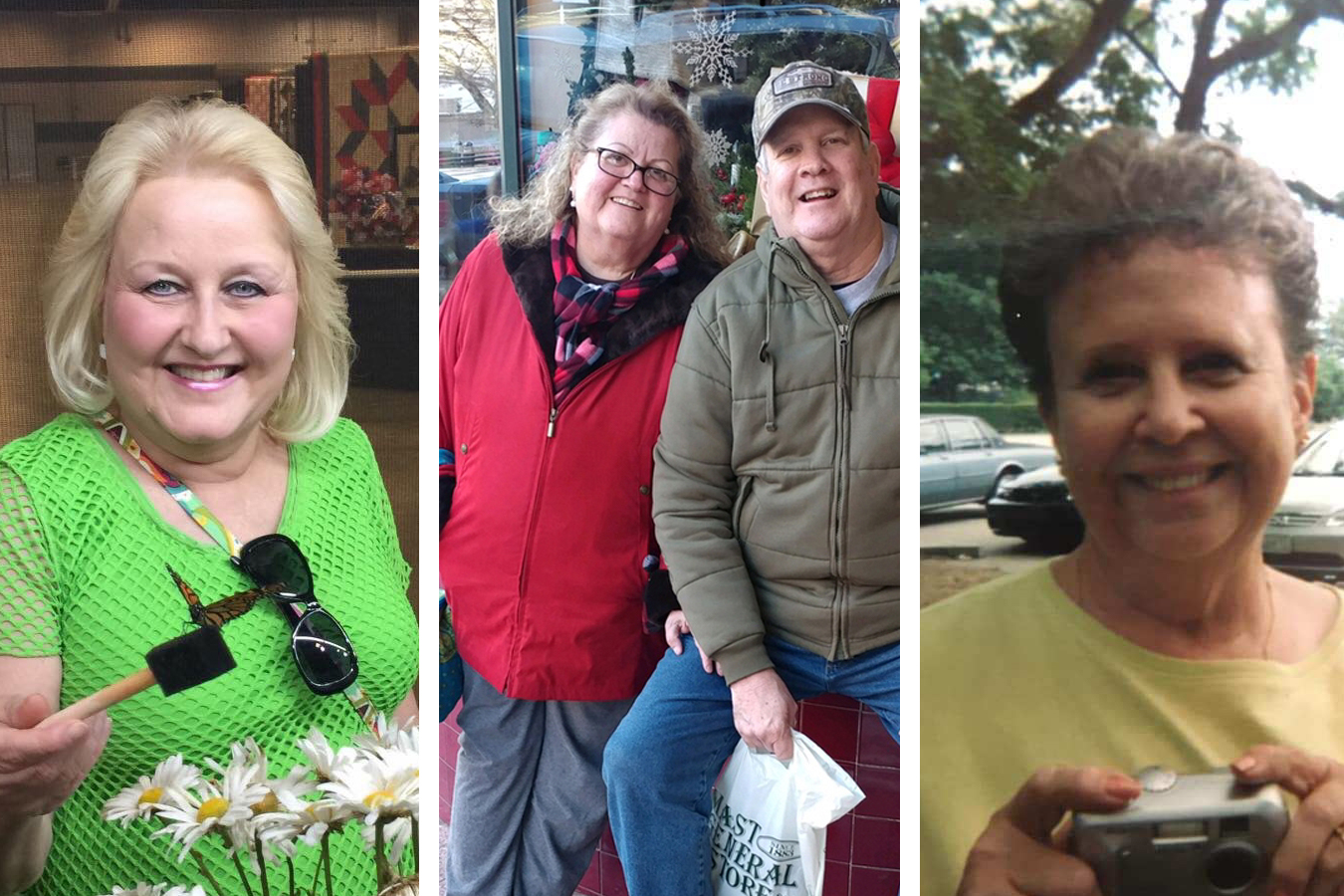 Sonia Brown’s husband died on June 10. Two weeks later, the 65-year-old registered nurse was back at work. Her husband’s medical bills and a car payment loomed over her head.

“She wanted to make sure all those things were taken care of before she retired,” her son David said.

David and his sister begged her not to go back to work during the coronavirus pandemic — explaining their concerns about her age and diabetes — but she didn’t listen.

“She was like the Little Engine That Could. She just powered through everything,” David said.

But her invincibility couldn’t withstand COVID-19, and on 29 July she died after contracting the deadly virus.

Sonia’s death is far from unusual. Despite evidence from the Centers for Disease Control and Prevention that adults 65 and older are at a higher risk from COVID-19, KHN and The Guardian have found that 338 front-line workers in that age group continued to work and likely died of complications from the virus after exposure on the job. Some were in their 80s — oftentimes physicians or registered nurses who cherished decades-long relationships with their patients and didn’t see retirement as an option.

The aging workers had a variety of motivations for risking their lives during the pandemic. Some felt pressured by employers to compensate for staffing shortages as the virus swept through departments. Others felt a higher sense of duty to their profession. Now their families are left to grapple with the same question: Would their loved one still be alive if he or she had stayed home?

‘All of This Could Have Been Prevented’

Aleyamma John was what her son, Ginu, described as a “prayerful woman.” Her solace came from working and caring for others. Her 38-year nursing career started in Mumbai, India. She immigrated with her husband to Dubai in the United Arab Emirates, where she worked for several years and had her two children. In 2002, the family moved to New York, and she took a job at NYC Health + Hospitals in Queens.

In early March, as cases surged across New York, Ginu asked his 65-year-old mother to retire. Her lungs were already weakened by an inflammatory disease, sarcoidosis.

“We told her very clearly, ‘Mom, this isn’t something that we should take lightly, and you definitely need to stay home.’”

“I don’t feel like the hospital will allow me to do that,” she responded.

Ginu described the camaraderie his mother shared with her co-workers, a bond that grew deeper during the pandemic. Many of her fellow nurses got sick themselves, and Aleyamma felt she had to step up.

Some of her co-workers “were quarantined [and did] not come into work,” he said. “Her department took a pretty heavy hit.”

By the third week of March, she started showing symptoms of COVID-19. A few days in, she suggested it might be best for her to go to the hospital.

“I think she knew it was not going to go well,” Ginu said. “But she found it in her heart to give us strength, which I thought was just insanely brave.”

Aleyamma ended up on a ventilator, something she assured Ginu wouldn’t be necessary. Her family was observing a virtual Palm Sunday service on 5 April when they got the call that she had died.

“We prayed that she would be able to come back, but that didn’t happen,” Ginu said.

Aleyamma and her husband, Johnny, who retired a few years ago, had been waiting to begin their next adventure.

“If organizations cared about their staff, especially staff who were vulnerable, if they provided for them and protected them, all of this could have been prevented,” Ginu said.

Commitment to Their Oath

In non-pandemic times, Sheena Miles considered herself semi-retired. She worked every other weekend at Scott Regional Hospital in Morton, Mississippi, mainly because she loved nursing and her patients. When Scott County emerged as a hot spot for the virus, Sheena worked four weekends in a row.

Her son, Tom, a member of Mississippi’s House of Representatives, called her one night to remind her she did not need to go to work.

“You don’t understand,” Sheena told her son. “I have an oath to do this. I don’t have a choice.”

Over Easter weekend, she began exhibiting COVID-like symptoms. By Thursday, her husband drove her to the University of Mississippi Medical Center in Jackson.

“She walked in and she never came out,” Tom said.

Tom said his mom “laid her life down” for the residents of Morton.

“She knew the chances that she was taking,” he said. “She just felt it was her duty to serve and to be there for people.”

Serving the community also was at the heart of Dr. Robert “Ray” Hull’s family medicine clinic in Rogers, Arkansas. He opened the clinic in 1972 and, according to his son Keith, had no intentions of leaving until his last breath.

“He was one of the first family physicians in northwest Arkansas,” Keith said. “Several people asked him if he was going to retire. His answer was always no.”

At the ripe age of 78, Dr. Hull continued to make house calls, black bag in hand. His wife worked alongside him in the office. Keith said the whole staff took proper precautions to keep the virus at bay, so when his father tested positive for COVID-19, it came as a shock.

Keith wasn’t able to visit his father at the hospital before he died on June 7. He said the funeral was even harder. Due to COVID restrictions on crowd sizes, he had to ask patients from Arkansas, Oklahoma and Missouri to stay home.

“There’s not a coliseum, arena or stadium that would have held his funeral,” Keith said. “Everybody knew my dad.”

‘She Was Afraid She Was Going to Get Sick’

Nancy MacDonald, at 74, got bored at home. That’s why her daughter, Bethany, said retirement never stuck for her. So in 2017, Nancy took a job as a receptionist at Orchard View Manor, a nursing home in East Providence, Rhode Island.

Although technically she worked the night shift, her co-workers could rely on her to pick up extra shifts without question.

“If somebody called her and said, ‘Oh, I’m not feeling well. I can’t come in,’ she was right there. That was just the way she was,” Bethany said.

Nursing homes across the country have struggled to contain breakouts of COVID-19, and Orchard View was no exception. By mid-April, the facility reportedly had 20 deaths. Nancy’s position was high-contact; residents and staff were in and out of the reception area all day.

At the onset of the pandemic, Orchard View had a limited supply of PPE. Bethany said they prioritized giving it to workers “on the floor,” primarily those handling patient care. Her mother’s position was on the back burner.

“When they gave her a[n N95] mask, they also gave her a brown paper bag,” she said. “When she left work, they told her to put the mask in the bag.”

Nancy’s managers reiterated that she was an essential employee, so she continued showing up. In personal conversations with her daughter, however, she was fearful about what might happen. At her age, she was considered high-risk. Nancy saw the isolation that Orchard View residents experienced when they contracted the coronavirus. She didn’t want that to be her.

Following her death on April 25, the Occupational Safety and Health Administration opened an investigation into the facility. So far, Orchard View has been fined more than $15,000 for insufficient respiratory protection and recording criteria.

A spokesperson for Orchard View told KHN the facility had “extensive infection control.” The facility declined to comment further.

Sephora Sephorathon Sale for the Holidays