Texas teenager, 18, and her boyfriend, 17, are found dead from fentanyl overdose in her room

A Texas teenager and her boyfriend were found dead inside the bathroom of her home on the day her mother was going to take her rehab after she allegedly struggled with addiction for years.

Irene Sunderland, 18, and her boyfriend Grant Blodgett, 17, both of Woodlands, overdose inside Sunderland’s home on May 5.

Phone records from their cellphones lead to the arrest of Abdulbaaith Abiodun Adewale, 19, who has been charged with two counts of manufacturing or delivering a controlled substance causing death or serious bodily injury. His bond has been set at $150,000.

Both Sunderland and Blodgett had been struggling with addiction for years and Sutherland’s mother Mandy was planning on taking her to rehab on the day she died, according to an arrest warrant.

Her mother found the pair in the bathroom surrounded by drugs. The drugs had been laced with fentanyl.

Toxicology reports confirmed the teen’s death were from overdoses, the Sheriff’s Office reported. They were only weeks away from graduation. 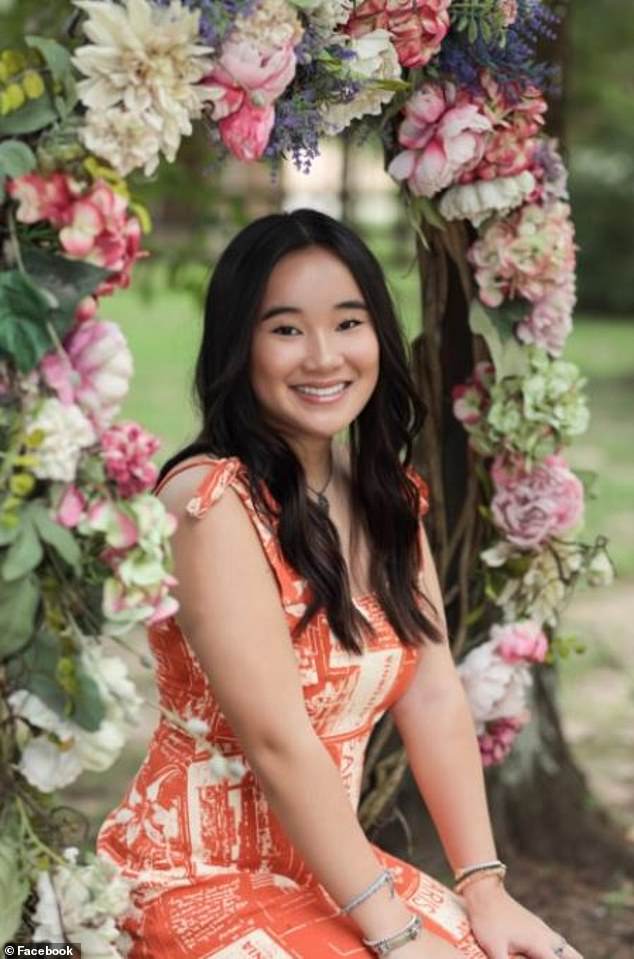 Irene Sunderland, 18, (pictured) and her boyfriend Grant Blodgett, 17, both of Woodlands, overdose inside Sutherland’s Stanwick Place home on May 5. Her mother was reportedly planning on taking her rehab that day 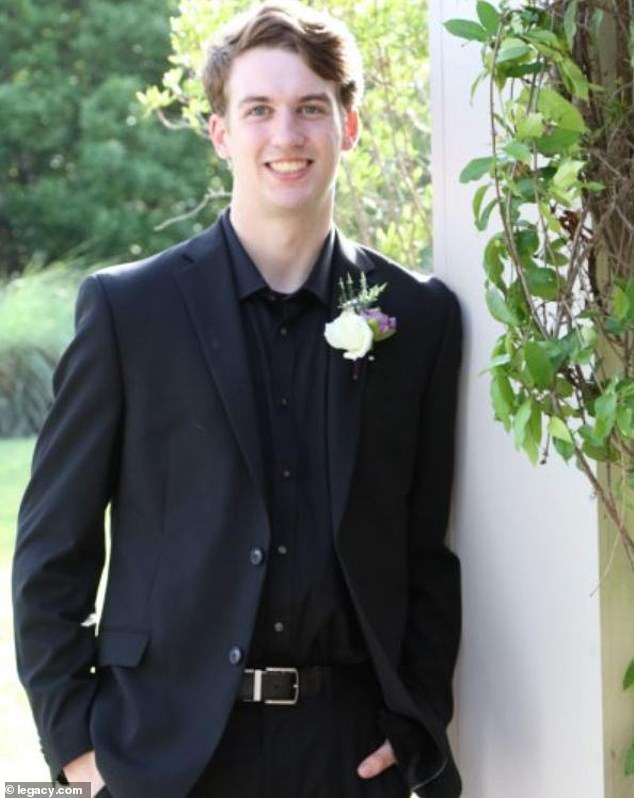 Under Texas law, if someone experience serious injury or death, the person who manufactured or delivered the drug can be charged.

Investigators discovered texts between the couple and Adewale showed the 19-year-old telling them someone had already died from heroin he had given them, according to KHOU 11. Authorities said Adewale knew the drugs ‘could and would likely kill them.’

Adewale had previously been charged with three counts possession of a controlled substance and had completed a program and had the charges dropped. 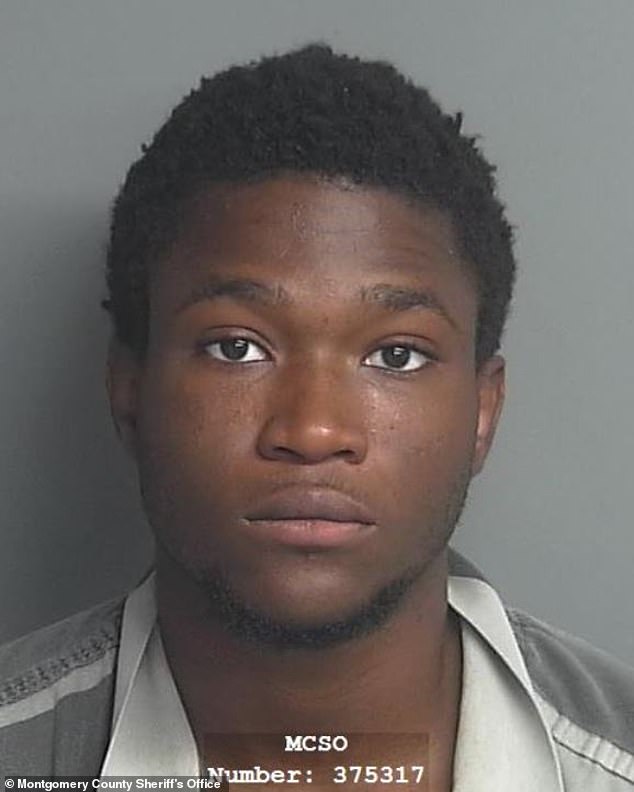 Abdulbaaith Abiodun Adewale, 19, (pictured) has been charged with two counts of manufacturing or delivering a controlled substance causing death or serious bodily injury.  A Texas law that states if anyone dies or faces serious injuries from drugs a suspect has manufactured or delivered, they can be charged. His bond has been set at $150,000

‘Let this be a warning to those who sell illicit narcotics: Montgomery County Law Enforcement is committed to finding you and holding you accountable not only for the selling of illicit narcotics but for the deaths that occur,’ Montgomery Sheriff Rand Henderson said in a statement.

Sutherland was born in Changsha, China, in 2003 and was adopted by her parents Mandy and Jeffrey while they were living in Beijing, her obituary said. It is unclear when the family moved to the US.

She was a member of the Highsteppers at Woodlands High School. And she had planned on attending Drexel University in Philadelphia to pursue a degree in Fashion Merchandising.

Her father Jeff is also in need of a kidney donor due to his Autosomal Polycystic Kidney Disease. Sutherland has appeared in many of the post her mother put on her Facebook promoting it.

Blodgett, who was only 20 days short of his 18th birthday, was born in Nashville, Tennessee and moved to Texas with his family in 2008. 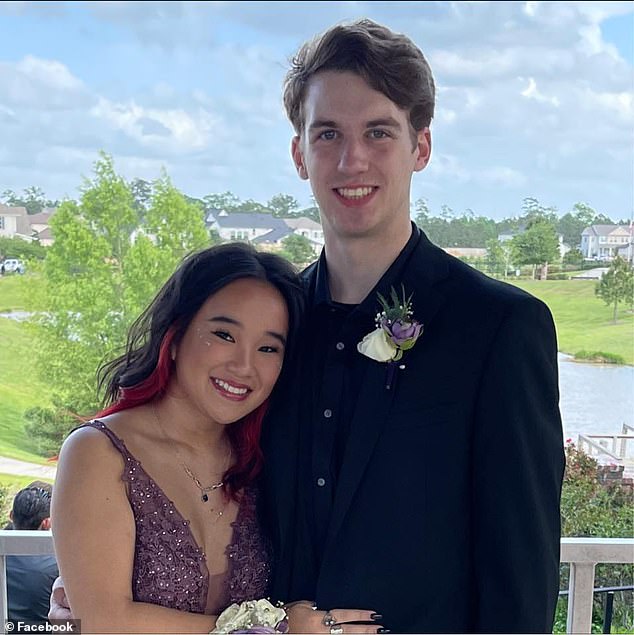 The teens’ phones led police to Adewale, who had allegedly messaged them telling the couple someone had died from heroin he had given them. Investigators said Adewale knew the drugs ‘could or would likely kill them’ (pictured: Sutherland and Blodgett on April 27) 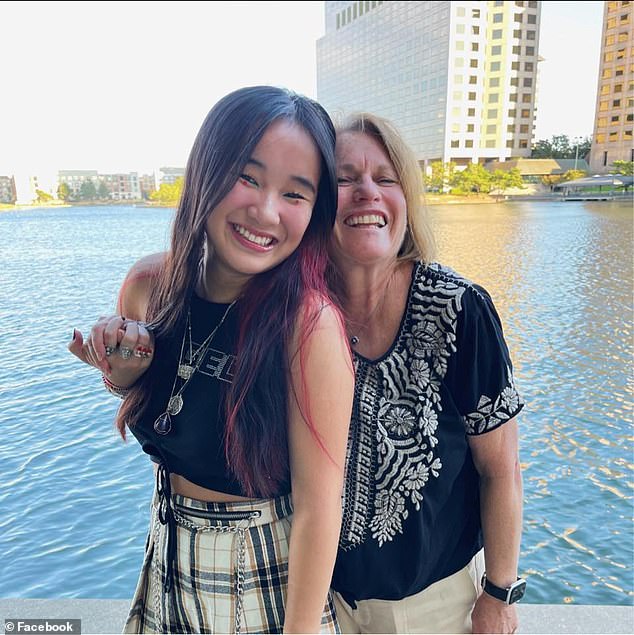 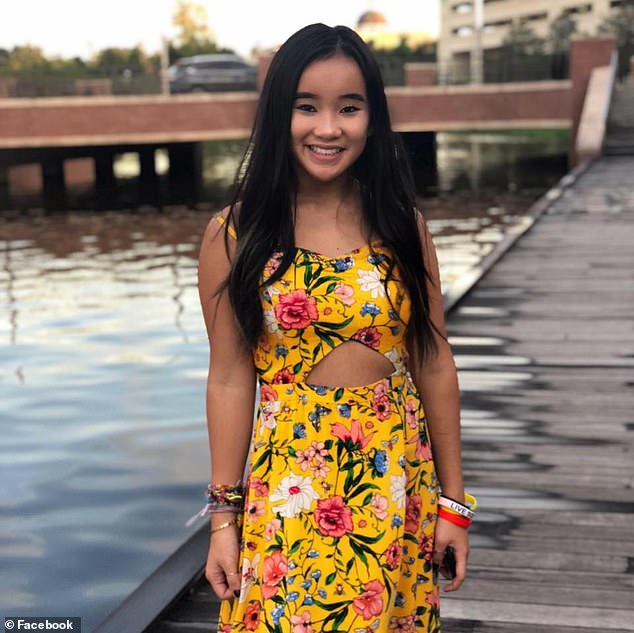 Toxicology reports confirmed the teens died from a drug overdose (pictured: Sutherland in 2018)

He played football at the school and had an interest in writing and debate, his obituary said.

He planned on attending Texas Tech University to pursue a degree in History to one day be a teacher.

Naturium’s Senstive Skin Body Wash Is a Must for Eczema

How this Kegel-Boosting Treatment Helps with COVID-Related…

The Bachelor’s Snezana and Sam Wood FINALLY take their…