She announced she was expecting her first child with radio titan Kyle Sandilands in February.

And on Sunday, Tegan Kynaston showed off her baby bump in all its glory, as the couple enjoyed a trip to their $1.3million holiday home in Port Douglas, Queensland.

The 34-year-old shared a photo of herself relaxing by the property’s infinity pool while wearing a tiny floral bikini, tagging her location as, ‘Baby on the way’. 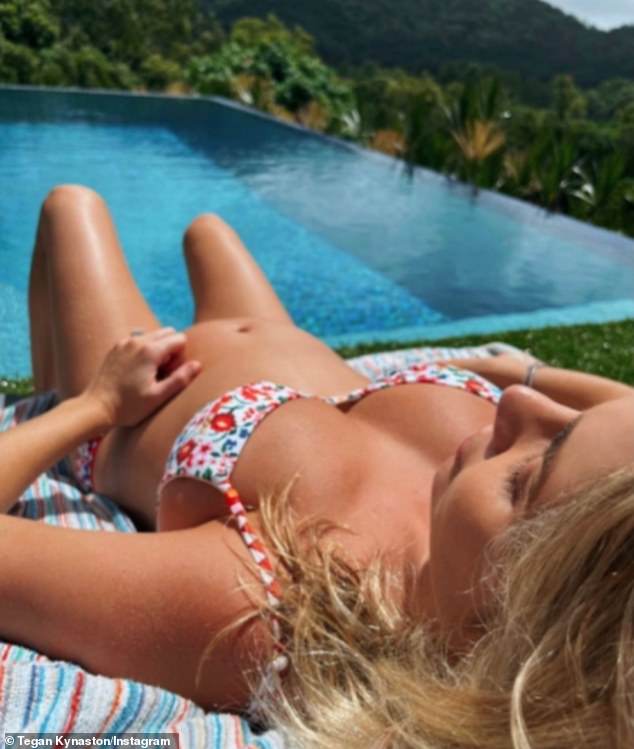 Baby on board! On Sunday, Tegan Kynaston showed off her baby bump in all its glory as she and her partner Kyle Sandilands enjoyed a trip to their $1.3million holiday home in Port Douglas, Queensland

In the image, a blissfully relaxed Tegan closed her eyes while lapping up the sunshine, as her left hand delicately caressed her growing stomach.

Tegan tagged the photo with the word: ‘Happiness’.

She also shared an image of her husband-to-be, 50, lapping up some rays while floating on a pool inflatable, which she captioned: ‘You float my boat.’

It was revealed in February 2021 that Kyle and Tegan had splashed $1.3million on the stunning tropical property. 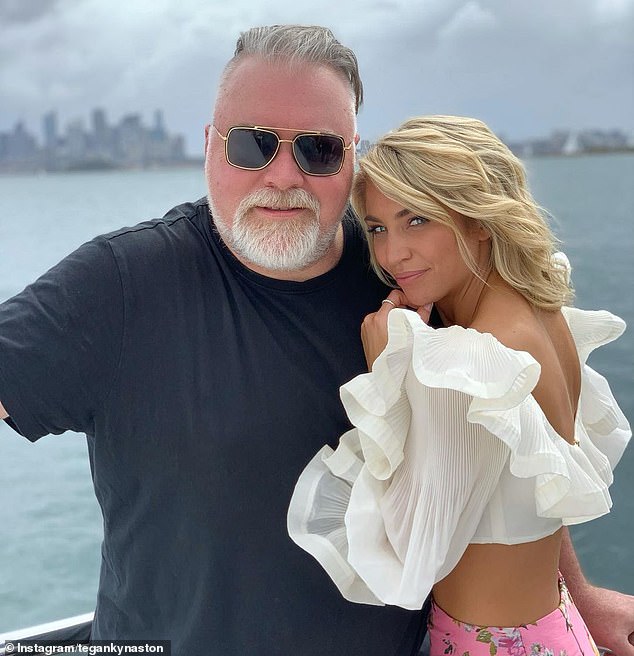 Baby joy: Kyle and Tegan revealed they were set to become first-time parents back in February 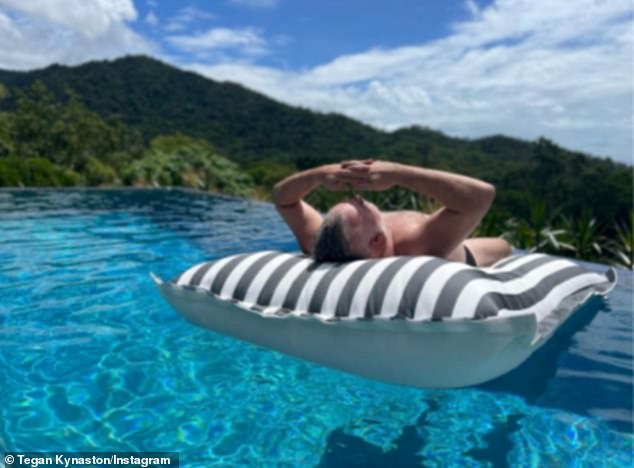 Loving life! Tegan also shared a photo a photo of her husband-to-be, 50, lapping up some rays while floating on a pool inflatable, which she captioned: ‘You float my boat’

Kyle uses the 2.5-hectare property primarily as a holiday home, but also occasionally broadcast his KIIS FM breakfast show from there when he’s not in Sydney.

While no sale price was disclosed at the time the house was listed for $1.3million and it’s believed Kyle paid about that figure, The Cairns Post reported.

The home is an entertainer’s dream for Kyle and his partner, and features a blue-tiled infinity pool which looks out to the hinterland.

There’s three bedrooms and three bathrooms, meaning Kyle and Tegan have plenty of space for guests, as well as a breezy open-plan living and dining area. 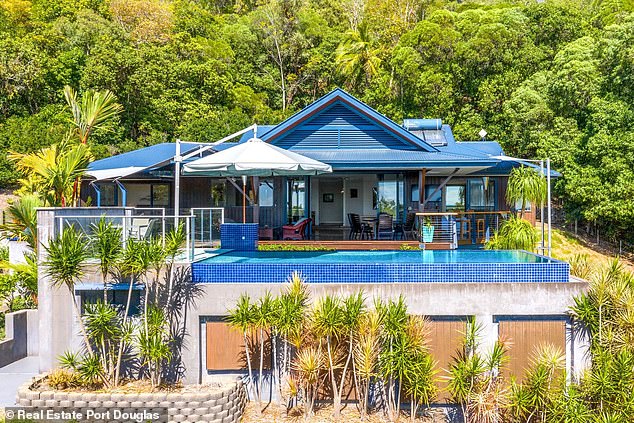 A holiday home fit for a king! In February 2021, it was revealed that Kyle and Tegan had splashed out a rumoured $1.3million on their Port Douglas holiday home (pictured)

Kyle had announced the purchase on air during an interview with The Amazing Race host Beau Ryan.

‘I just bought a house up there [in Port Douglas], it is that beautiful,’ he said on The Kyle and Jackie O Show.

Port Douglas is known for its exquisite beaches and proximity to the Great Barrier Reef, and is also near to Daintree National Park.

The town itself, which is a one-hour drive north from Cairns, is filled with boutique shops and restaurants and is popular with tourists and backpackers.

Meanwhile, Kyle and Tegan announced they were set to welcome their first child together live on The Kyle and Jackie O Show in February this year.

‘We’re having a baby!’ he declared as the entire KIIS FM studio cheered.

His co-host Jackie ‘O’ Henderson said she was ‘so happy’ for the pair and told them their lives were about to change forever. 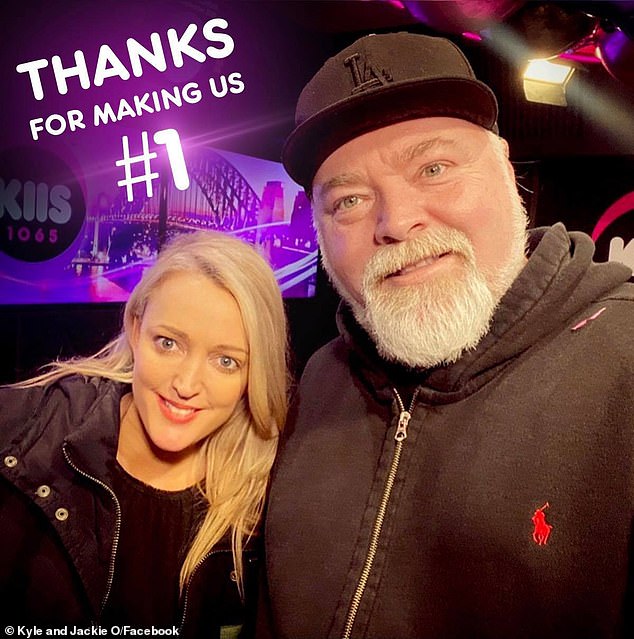 Change: Kyle’s co-host Jackie ‘O’ Henderson (left) said she was ‘so happy’ for the pair following their baby news, and told them their lives were about to change forever

Confident That History Departments Will Now Have to…