In a surprise development, two members of the Sackler family who served on Purdue Pharma’s board until 2018 will testify Thursday morning under oath before the House Committee on Oversight and Reform.

Their privately owned company developed and aggressively marketed Oxycontin in the 1990s, growing into one of the nation’s most profitable opioid producers.

Overdoses linked to prescription opioids have killed more than 230,000 Americans, according to the Centers for Disease Control and Prevention.

The House committee also requested that Richard Sackler and Mortimer Sackler testify, but they are not expected to appear.

Purdue Pharma CEO Craig Landau, who is also named in numerous lawsuits, is scheduled to testify.

The 9 a.m. hearing will take place by video because of public health precautions tied to the pandemic.

Rep. Carolyn Maloney, D-N.Y., who chairs the committee had threatened the Sacklers with subpoenas. But after weeks of negotiations they agreed to testify voluntarily under oath.

Members of the Sackler family have largely avoided the public eye as their company, which filed for bankruptcy last year, gained notoriety.

Indeed, even as the opioid epidemic accelerated, the Sacklers emerged as one of most prestigious philanthropic families in the world, donating to cultural and medical institutions.

In recent years, however, organizations ranging from New York University and Tufts University to the Louvre in Paris, have stripped the Sackler name from buildings.

Numerous art institutions, including the Guggenheim Museum in New York City and the Tate in London, announced last year they will no longer accept future donations from Sackler family trusts funded through opioid profits. 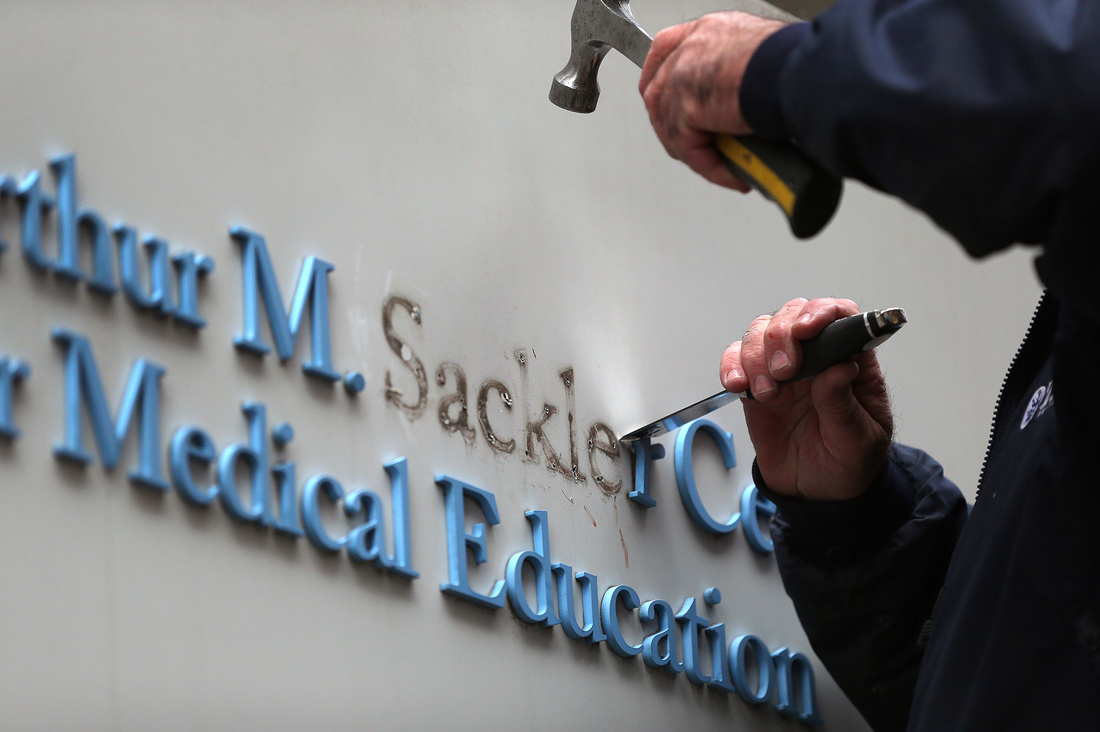 Tufts employee Gabe Ryan removes letters from signage featuring the Sackler family name at the Tufts building in Boston on Dec. 5, 2019. Tufts University was the first major university to strip the Sackler name from buildings and programs. 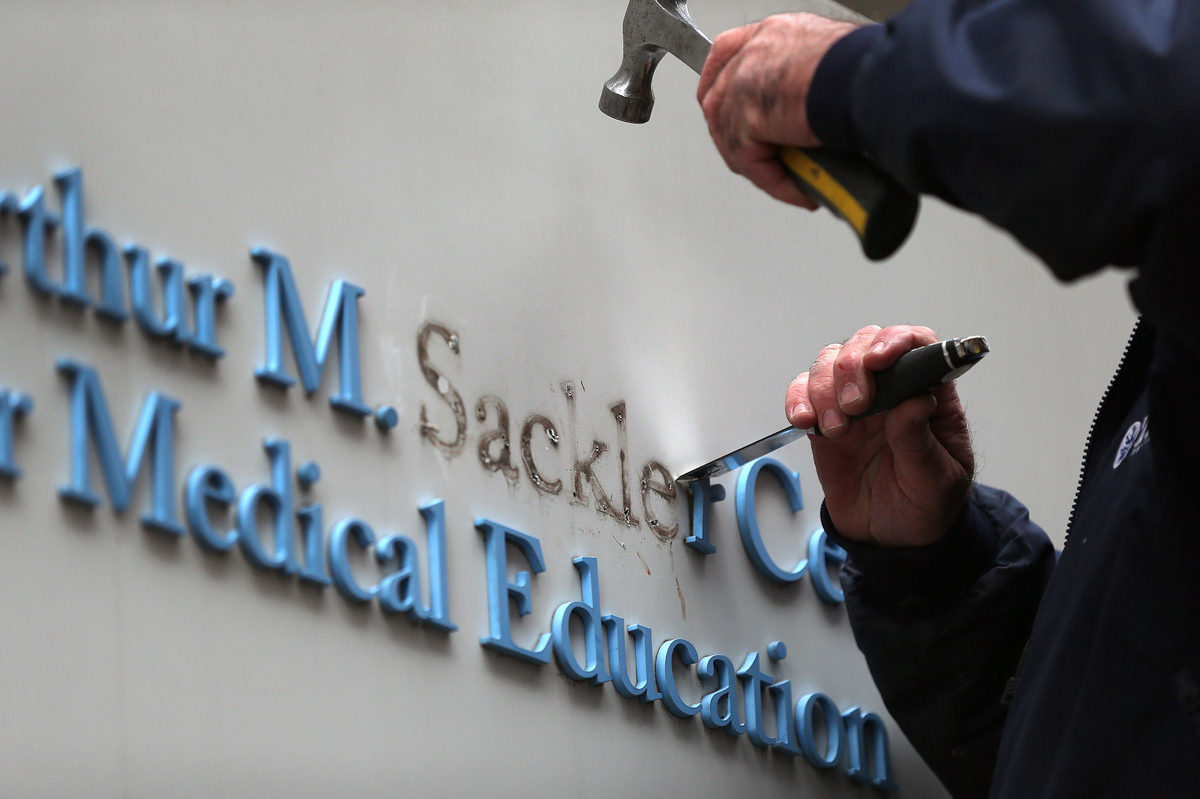 Tufts employee Gabe Ryan removes letters from signage featuring the Sackler family name at the Tufts building in Boston on Dec. 5, 2019. Tufts University was the first major university to strip the Sackler name from buildings and programs.

It’s unclear why members of the Sackler family agreed to testify publicly now. A spokesperson for the family didn’t respond to NPR’s inquiry.

In a statement, Rep. Maloney said her committee has “obtained documents showing that members of the Sackler family were closely involved” in Purdue’s campaign to boost sales even after the company acknowledged misleading the public about the drug’s risks.

Purdue Pharma admitted wrongdoing in a 2007 settlement with the Justice Department; and in a second DOJ settlement in October, the company again acknowledged criminal behavior that continued at least until 2018.

The Sacklers, however, have denied any personal wrongdoing and have faced no criminal charges relating to their company’s operations.

They agreed to pay $225 million to the federal government as part of the settlement reached with DOJ officials.

Members of the family have also agreed to give up control of the firm and tentatively offered roughly $3 billion of their personal fortunes to settle civil claims against them.

Some state attorneys general have said that amount is too low, given the harm caused by Oxycontin as well as the personal fortunes — estimated by Forbes at up to $13 billion — amassed by some of the Sacklers because of opioid profits.

Can I buy a Covid vaccine privately and can I pay to have one?

She Saved Thousands of Best Friends. Then Covid-19 Killed Her.

Raveena Tandon Sets the Bar for Festive Attire in a Yellow…

15 Best and Most Comfortable Matte Lipsticks of 2022 for…

Have You Tried Mindfulness Meditation Yet? Here Is How You…