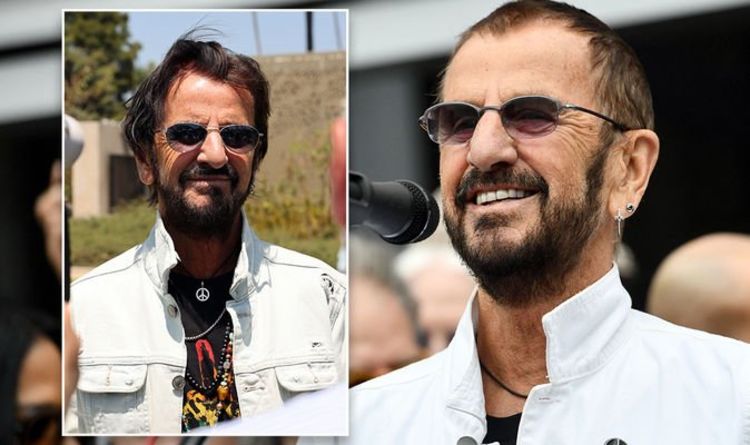 Finally, the star has revealed some of his methods for “staying young”. After stunning fans with an appearance at the latest Grammy awards, many were left wondering how the music legend has kept his youthful looks so intact. Surprisingly, Starr revealed that it is in fact his daily diet of broccoli and blueberries that makes him feel so good. Following a vegetarian diet in general is key to keep this rockstar rocking.

Speaking to Zoe Ball on BBC Radio 2, Starr said that he has thoroughly enjoyed all of the compliments about his looks.

“I know, at my age,” he laughed. “I just get up in the morning and this is what you get.

“I tend to work out and keep as busy as I can. I’m a vegetarian, I eat lots of berries, lots of fruit and lots of vegetables and salad.”

In an interview with Rolling Stone magazine ahead of him turning 80 last year he specified saying: “I have broccoli with everything and blueberries every morning. I just do stuff that I feel is good for me.”

In addition to a healthy diet, the Hey Jude hitmaker has also kept some of his rock ‘n’ roll habits alive. He continued to say: “I don’t like to go to bed before midnight.”

Remaining a night owl also goes hand in hand with staying active, something that the star says “keeps you young”. Although he might be 81 years old on the outside, the star feels 24 in his head.

The star turned to a vegetarian diet after attending a bullfight in Spain, according to LiveKindly. In 2016 he then revealed to the Daily Mail that “eating carrots” was how he was managing to keep young and healthy.

Starr isn’t the only musical legend to adopt a vegetarian or meat-free diet, with friend and fellow bandmate Paul McCartney turning to veganism. McCartney’s late wife Linda McCartney was also best known for her plant-based meat brand and multiple cookbooks.

Meat-free diets it seems are closely connected to many of the remaining Beatles members and could be the secret to how they have kept going in the music industry for such a long time.

According to the Vegan Society, if everyone worldwide moved to a vegan diet it would avert 8.1 million premature deaths per year.

In addition to this, a 2019 study of over 300,000 participants by scientists at Harvard discovered that eating a vegan diet could cut your risk of developing type 2 diabetes by almost a quarter.

Other life-threatening conditions such as heart disease, were also less likely to die or develop symptoms if they ate a vegan diet.

Although these statistics are impressive, thr NHS warns that even when following a vegetarian diet, this does not automatically make you healthier.

Like everyone vegetarians have to ensure that they do the following each day to remain healthy:

Foods high in fat, salt or sugar will not reduce the risk of life-threatening diseases no matter what diet you choose to follow.

Vegetarian or vegan diets are also not advised for babies or children under five as they need vitamins and minerals in order to grow. Vegans who choose to breastfeed may need extra vitamin B12, and children on a vegan or vegetarian diet need to get enough iron, calcium, vitamin B12 and vitamin D.

Saying this however, with modern day developments there is the possibility to buy substitutes and vegetarian or vegan alternatives in most UK supermarkets.

With good planning and understanding of what makes up a healthy and balanced diet it is possible to successfully be a vegetarian or vegan.

Foods such as pulses, nuts, dried fruit and dark-green vegetables such as watercress or broccoli are high in iron. Rice, soya or oat milk along with almonds, sesame seeds and pulses are also good sources of calcium.

Supplements such as omega-3 fatty acids are available in tablet form and can be found in multiple different oils to ensure that individuals are getting a balanced diet as well as minimising their risk of heart disease.

Here’s What You Need To Know About Your Vitamin Supplements

Bliss Balls That Only Take 10 Minutes to Make

This 15-Minute Upper-Body Workout Will Hit Your Shoulders,…