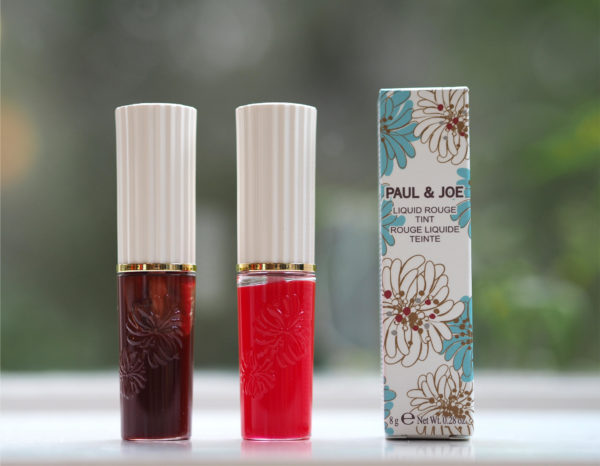 [unpaid/sample/affiliate/ad] This is definitely a new love for my lips – they’re not for those who don’t like gloss because these tints are super-glossy and shiny.

The gloss tints react to moisture already present on the lips to give a colour that intensifies when it hits your skin. Don’t worry – it doesn’t go off the scale bright but it finishes more strongly than it starts. It uses ‘Shiny Oil’ and ‘Shiny Silicon’ for light reflection (I said in my IGTV that they use Iromochi Up Powders which give extra vividness but they don’t – that ingredient is in the new Glosses which are coming up later in the week).

Basically, these are tints with glossiness which give a delicately lightful effect in a texture that really hugs the lips. It feels thicker than it looks to be honest because it’s huggy and it’s a good stayer. It has a thixotropic gel-matrix (it’s a new word to me but I’m pleased to know it) which gives a shape retaining effect that stops it a) running off your lips and b) feathering where it shouldn’t. It’s the action of smoothly flowing when moving (i.e. being applied to the lips) and reverting to its original consistency when static (i.e. stays put once in place).  Who knew!

My immediate reach-for was 01 Cocktail Cherry. The other two shades are 02 Tutu Ballerina and 03 L’Heure du The. The colour did intensify to a pink-red although it possibly will vary in intensity given the colour-change aspect. The glossiness stayed extremely well – it doesn’t fade easily but neither does it stain. There’s a little kick of mint to start with that soon fades off.

In the swatch from bottom to top: 01 Cocktail Cherry, 03 L’Heure du The and 02 Tutu Ballerina. They’re £17 each HERE, non-affiliate HERE.