Paracetamol is safe to take in pregnancy according to the NHS 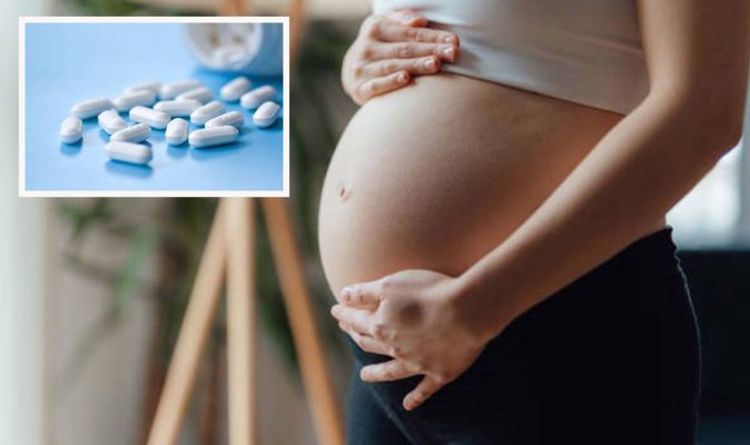 Paracetamol is a medication used to treat fever and mild to moderate pain. The usual dose for adults is one or two 500mg tablets up to four times in 24 hours. Many people who are pregnant will need to take certain medications, and the NHS has advice on taking different painkillers.

There may be times when people need to take pain relief, such as paracetamol.

The NHS says: “Most people can take paracetamol safely, including pregnant and breastfeeding women.”

It notes that it has been taken by many pregnant and breastfeeding women “with no harmful effects in the mother or baby”.

In terms of painkillers, the NHS says that paracetamol is the “first choice” of painkiller if you’re pregnant or breastfeeding.

Nonetheless, the NHS says: “Before taking any medicine when you’re pregnant, including painkillers, check with your pharmacist, midwife or GP that it’s suitable.”

It is, however, important to never stop taking a medicine that has been prescribed to keep you healthy “without first checking with your doctor”.

This is because stopping taking your medicine could be harmful to both you and your baby.

The NHS emphasises that not all “natural” remedies or complementary therapies are safe in pregnancy.

Bumps, the health site for pregnancy and medication, agrees that paracetamol is usually recommended as the first choice of painkiller for pregnant women.

Though, “it is not possible to say that any medicine is absolutely safe to use in pregnancy, there is currently no good evidence that paracetamol will harm your baby,” it adds.

It notes that it is however generally recommended that women who are pregnant use the lowest dose of paracetamol that works, only for as long as needed.

It is important to make sure that the other medicines in combination products can be taken in pregnancy and that you do not take more than the daily recommended dose of paracetamol.

No increased risk of miscarriage was identified in either of two studies of women who took paracetamol during pregnancy, adds the site.

It adds: “No increased risk of giving birth too early (before 37 weeks of pregnancy) was shown in the one study which investigated this risk in women who took paracetamol during the third trimester.”

The advice on the site also says the organisation would not expect any increased risk to your baby if “the father took paracetamol before or around the time your baby was conceived”.

You should also tell your midwife, doctor or pharmacist if you’re using herbal, homeopathic or aromatherapy remedies or therapies.

There are also some people who need to take extra care with paracetamol. You should check with your doctor or pharmacist if you have had an allergic reaction to paracetamol or any other medicines in the past or you have liver or kidney problems.

The NHS also warns that overdosing on paracetamol can cause serious side effects.

“Do not be tempted to increase the dose or to take a double dose if your pain is very bad,” it says.

Planning a Food Fiesta This Durga Puja? Here’s How You Tackle Stomach Issues