Bourbon Street was a sea of humanity on Mardi Gras day in New Orleans in February. The city will not allow Mardi Gras parades in 2021. 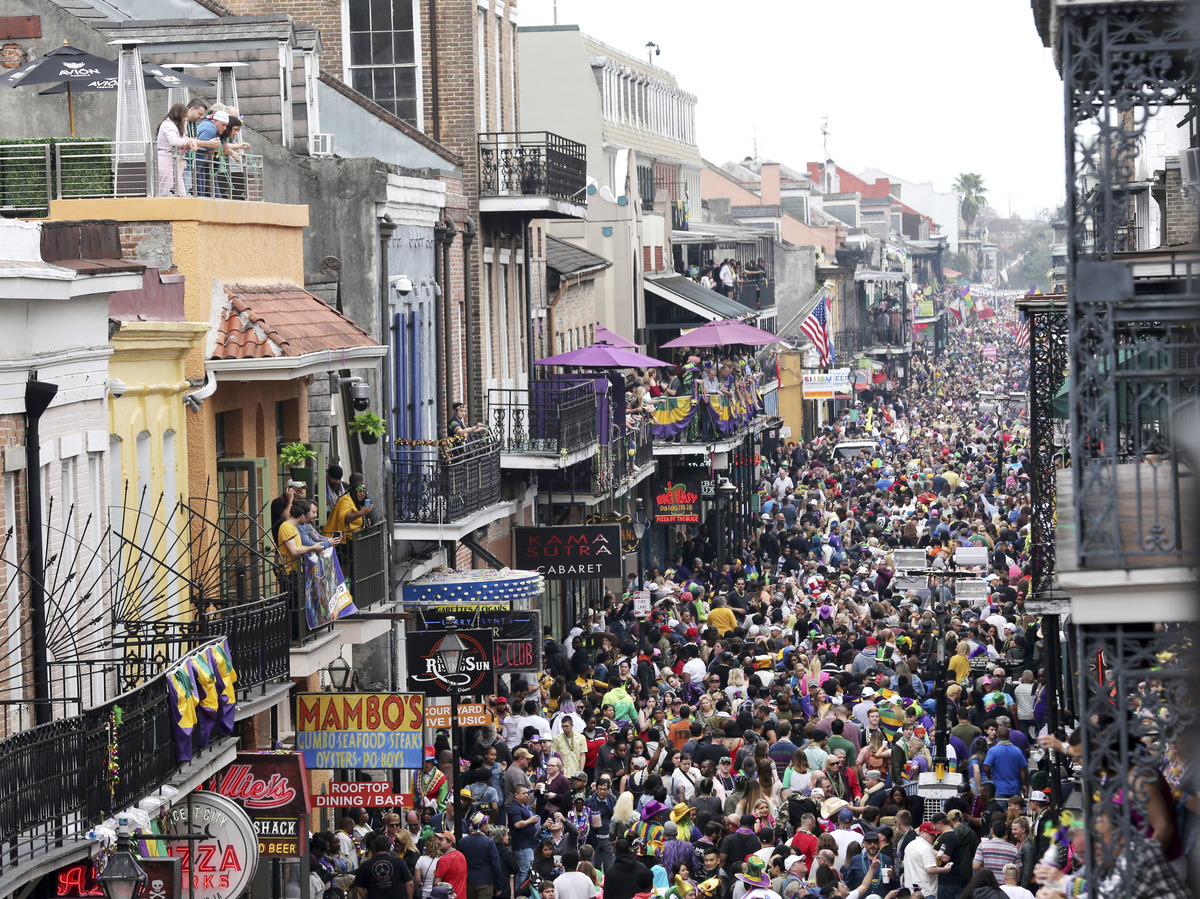 Bourbon Street was a sea of humanity on Mardi Gras day in New Orleans in February. The city will not allow Mardi Gras parades in 2021.

Parades will be prohibited at New Orleans’ Mardi Gras celebration in 2021 to limit the spread of the coronavirus, Mayor LaToya Cantrell’s office said Tuesday.

Typically marked by parades and parties, the holiday is the city’s biggest tourism draw.

“Mardi Gras … [is] a season of traditions that we celebrate every year, a time that the community comes together in formal, fun, and often unexpected ways,” the mayor’s office said in a statement. “With COVID-19 cases increasing around the country, we will have to modify how to observe carnival season … We are surrounded by hot spots and we don’t know what the future holds in store for us.”

The mayor’s move comes after the Krewe du Vieux, one of the city’s most popular Carnival organizations, announced last week that it would not parade in 2021.

Cantrell’s office is turning to the public for ideas about how to safely celebrate the holiday. They’re asking people to submit detailed plans for socially-distanced celebrations with safety protocols built in.

Designs should comply with COVID-19 restrictions and “prevent unstructured crowds of strangers,” the mayor said. These ideas should also be flexible in terms of scale if new public health guidelines arise. The mayor’s office noted that a vaccine will not be readily available by Carnival season.

Cantrell’s office is also asking residents to submit ideas for “a good ‘theme’ or name” for Carnival this year.

New Orleans’ public safety and public health team will review the ideas, which are due by Dec. 5.

A 2020 study by WalletHub found that Mardi Gras had an economic impact of more than $1 billion in New Orleans.

It’s also a religious holiday. Also called Fat Tuesday, Mardi Gras is on the day before Ash Wednesday, the beginning of the Christian celebration of Lent. Mardi Gras next year falls on Tuesday, Feb. 16.

Last year’s Carnival season is believed to have contributed to the spread of the coronavirus, NOLA.com reports.

This decision comes as Louisiana’s coronavirus numbers have continued to surge. The state has seen more than 205,000 confirmed cases and 6,139 deaths, according to Johns Hopkins University.

Moderna, Pfizer covid vaccines: What you need to know

Bollywood Celebrity Looks That Will Help You Plan Your…