Neighbours: Mark Little returns as Joe Mangel after 17 years for the finale

Australian actor Mark Little is returning to Neighbours after 17 years to reprise his role as Joe Mangel on Friday’s episode.

The veteran actor, 62, now lives in a remote Welsh farmhouse and was unable to fly to Melbourne to film his cameo on set with the cast.

His character instead joins Harold Bishop (Ian Smith) for a video call to discuss their concerns about Melanie Pearson (Lucinda Cowen). 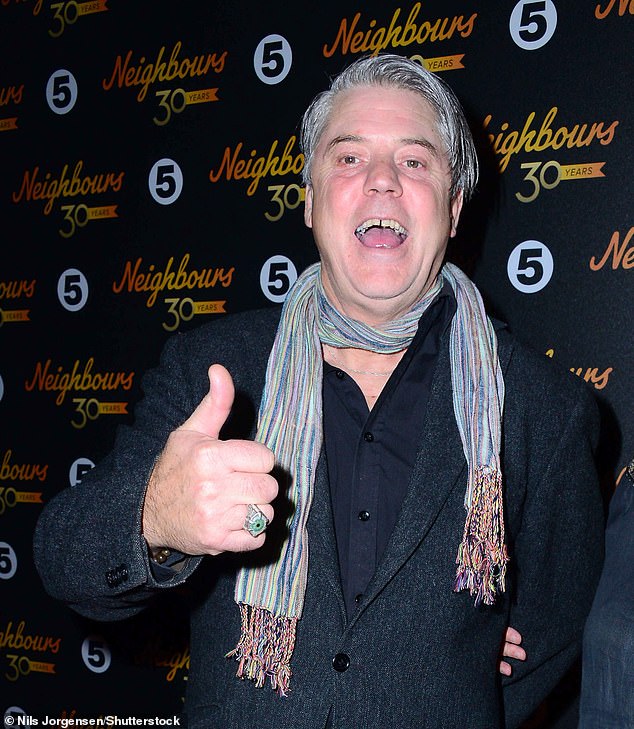 Australian actor Mark Little (pictured in London on March 17, 2015) is returning to Neighbours after 17 years to reprise his role as Joe Mangel on Friday’s episode

Mark originally appeared on Neighbours as Joe from 1988 to 1991, and reprised his role for four months in 2005.

Mark’s portrayal of Joe as a down-to-earth labourer who loved a drink resonated with viewers in Britain and Australia.

Fans were disappointed in 1991 when Mark chose not to renew his contract so he could pursue other opportunities. 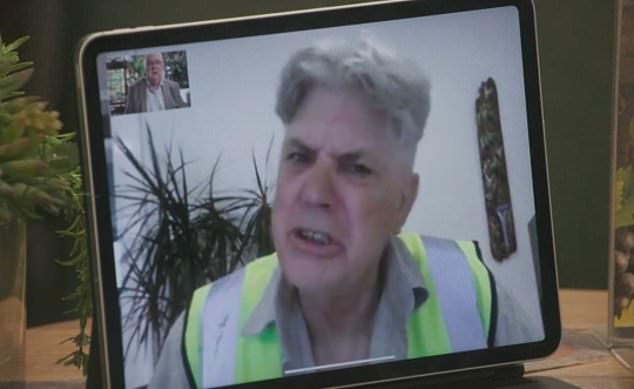 He joins of slew of Neighbours veterans returning to the series ahead of its finale, which airs on July 28, including Kylie Minogue, Jason Donovan and Guy Peace.

Neighbours was axed after the UK’s Channel 5 decided in March not to renew its contract with production company Fremantle to finance and broadcast the series.

The TV Week Logie Awards attracted widespread criticism in June for failing to properly acknowledge the cancellation of the series during the ceremony. 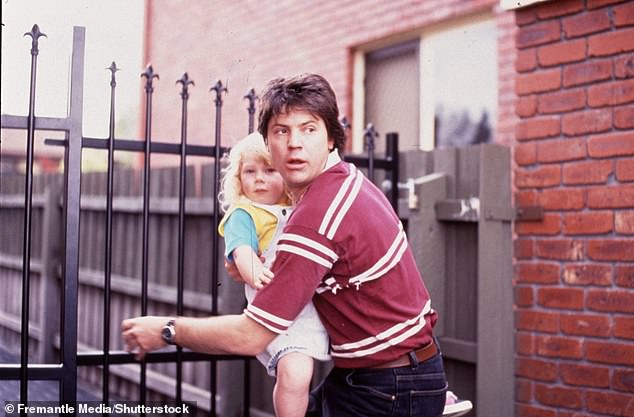 Ryan Moloney, 42, one of Neighbours’ longest-serving cast members, later slammed the organisers of the Logies for failing to give the Aussie soap a proper send-off.

Moloney, who played Jarrod ‘Toadfish’ Rebecchi, said he was ‘incredibly disappointed’ by the lacklustre tribute put together for the ceremony.

The Ramsay Street veteran said it was unfair that two former Neighbours stars, Natalie Bassingthwaighte and Daniel MacPherson, were invited on stage to share their memories of the soap, instead of an actor currently on the series. 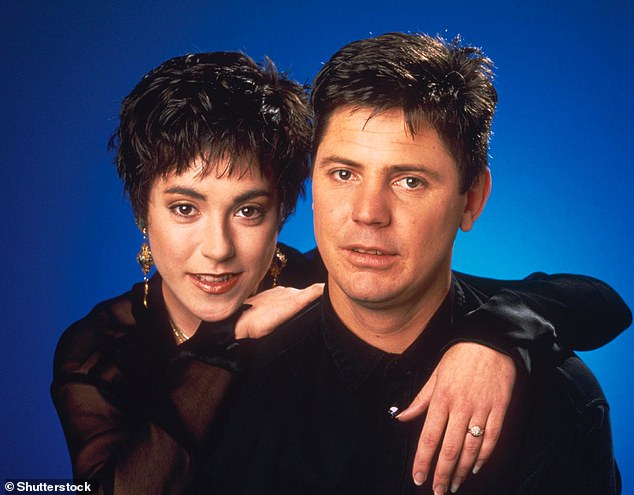 Mark (pictured with co-star Linda Hartley-Clark) originally appeared on the series from 1988 to 1991, and reprised his role for four months in 2005