Lung cancer: Large fingers known as finger clubbing could be a warning symptom 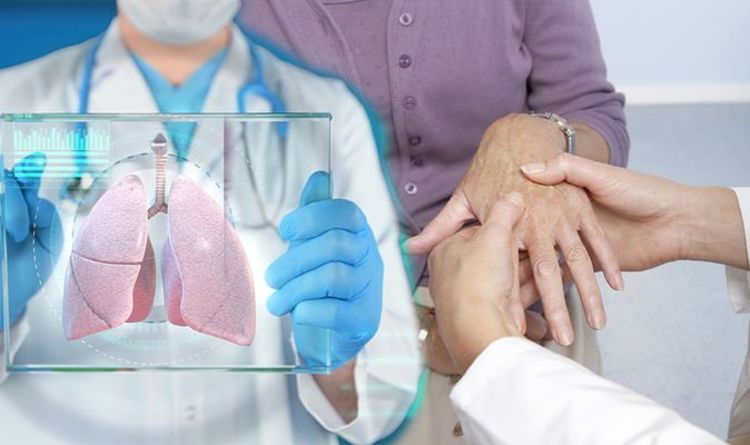 Lung cancer is the uncontrolled growth of abnormal cells in one or both lungs. Treatment success is largely determined by the size of the cancer and how far it has spread from the lungs. In other words, the earlier it is picked up, the better. Noticing your fingers appearing larger than normal could be the unusual warning sign indicating you may be at risk.

“Because of this, it is often described as hippocratic finger and is regarded to be the oldest sign in clinical medicine.

“Later on, it was found to be associated with a variety of clinical conditions including bronchiectasis, lung cancer, cirrhosis of liver, cyanotic congenital heart disease, etc.

“In adults, malignant neoplasm of the lung is the predominant pulmonary cause of clubbing, contributing to nearly 90 percent of cases.

“Among the different types of thoracic malignancy, lung cancer is responsible for 80 percent cases of clubbing, whereas pleural tumours and other intrathoracic and mediastinal growth contribute to 10 percent and five percent cases, respectively.”

Other warning signs of lung cancer include: