A health officer in protective suit collects a swab sample to be tested for coronavirus on Thursday in Dharmsala, India. India’s confirmed coronavirus caseload surpassed 8 million on Thursday. 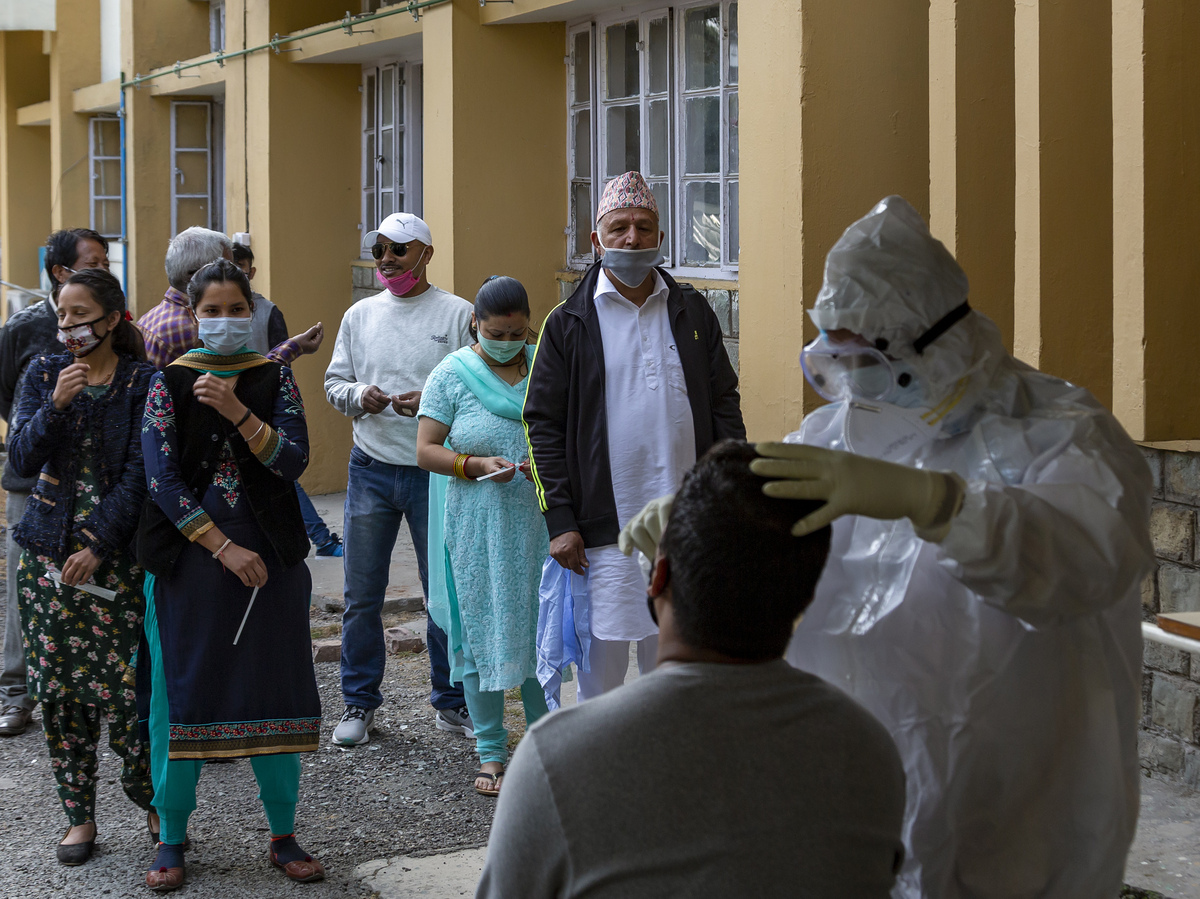 A health officer in protective suit collects a swab sample to be tested for coronavirus on Thursday in Dharmsala, India. India’s confirmed coronavirus caseload surpassed 8 million on Thursday.

India has surpassed 8 million confirmed coronavirus cases, making it the second country to reach that milestone after the United States.

Daily new cases in India are continuing to drop after a record high in September, and a government-appointed panel of scientists has said that the country is past its peak.

But the Hindu festival season, local elections and seasonal air pollution are raising concerns that the virus could surge again.

For weeks during the fall, India was the country where the virus was spreading the fastest. In mid-September, it was recording close to 100,000 new daily cases and was expected to surpass the United States in total caseload. But for more than a month now, India has been seeing a sustained decline in infections, even as it conducts about a million tests every day.

On Thursday, India’s health ministry reported 49,881 new cases. Earlier this week, India recorded its lowest daily caseload in more than three months. Coronavirus-related deaths are also down. India ranks third behind the US and Brazil in coronavirus fatalities and has recorded 120,527 deaths since the pandemic began.

But scientists and authorities are cautioning against complacency as public places reopen across the country.

“This is not the time to think that corona has gone away or that corona isn’t dangerous anymore,” Prime Minister Narendra Modi warned Indians in a televised address last week as the Hindu festival season began. People typically crowd markets and gather shoulder-to-shoulder to offer prayers and participate in festivities. That could cause coronavirus cases to go up again.

Even though new cases are declining nationally, India’s capital New Delhi is seeing a jump in infections. It recorded 5,673 new cases over the past 24 hours — its largest number so far.

The latest wave of infections in Delhi coincides with poor air quality during the colder months, when a thick smog descends over the capital. It’s a combination of fumes from vehicles, factories and smoke from crops being burned in neighboring states. Studies show that air pollution may contribute to COVID-19 mortality.

There are also fears that the virus could surge in the eastern state of Bihar, as polling takes place there into early November. Politicians in Bihar have been holding large public rallies drawing thousands of people with little social distancing. Modi himself has been addressing rallies there this week. Many of those campaigning in Bihar, including politicians from Modi’s ruling party, have tested positive for the coronavirus.

Bihar is the country’s third most populous state, with a population of about 122 million. It also has one of the weakest health care systems in the country. With more than 70 million eligible voters, the election in Bihar is among the largest in the world since the pandemic began.

Didn’t Know My Presence in Masterchef Australia Would Be a Signal to the Underrepresented: Melissa Leong

How Beauty and Wellness Experts Remain Balanced During a Chaotic Year

Wishes, Images, Messages and Quotes to Share With Your Loved…

All You Need to Know About the Patron Saint Of Goa

Best Wishes, Images, Messages and Quotes to Share on Navy…

Why Was One of India’s Youngest Revolutionaries…