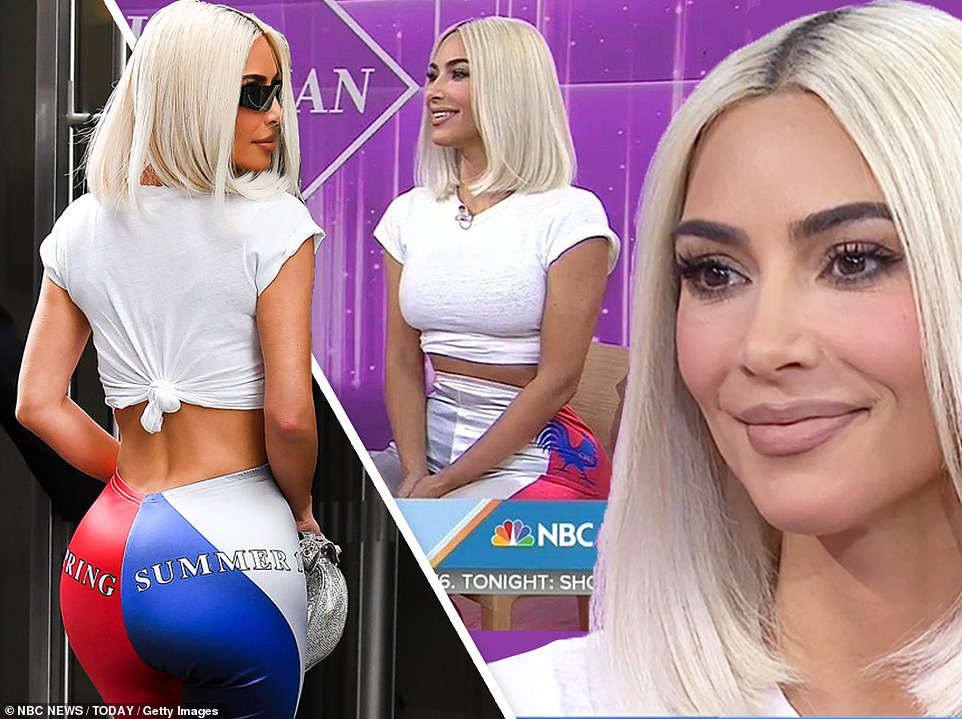 Kim Kardashian has revealed she has lost even more weight after overhauling her lifestyle to fit into Marilyn Monroe’s dress for the Met Gala. The 41-year-old, who had lost 16 pounds to fit into the iconic frock in May, revealed she has since lost five more pounds, bringing her total weight loss to 21 pounds. 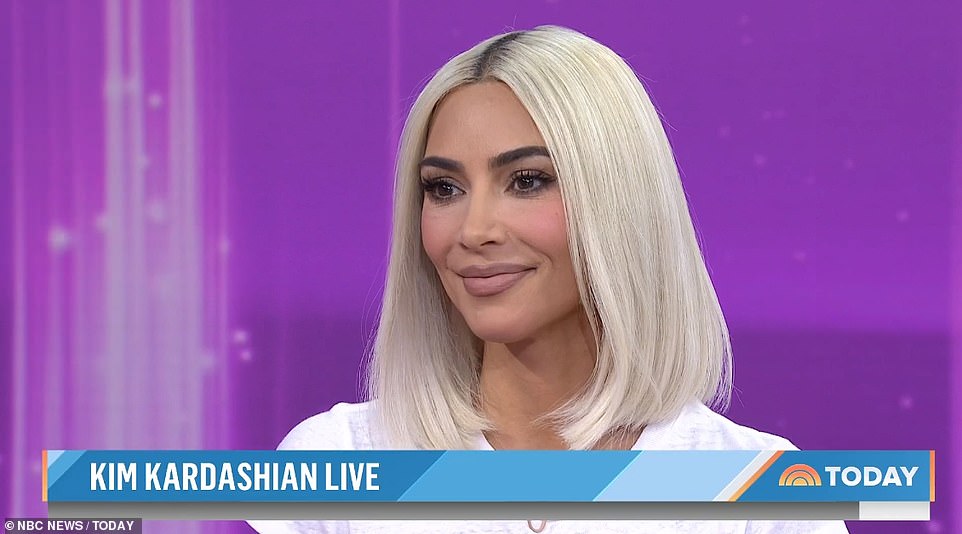 The reality star spilled on her lifestyle changes during a wide-ranging interview on the Today Show on Tuesday, where she also chatted about her boyfriend Pete Davidson and her relationship with her ex husband Kanye West. 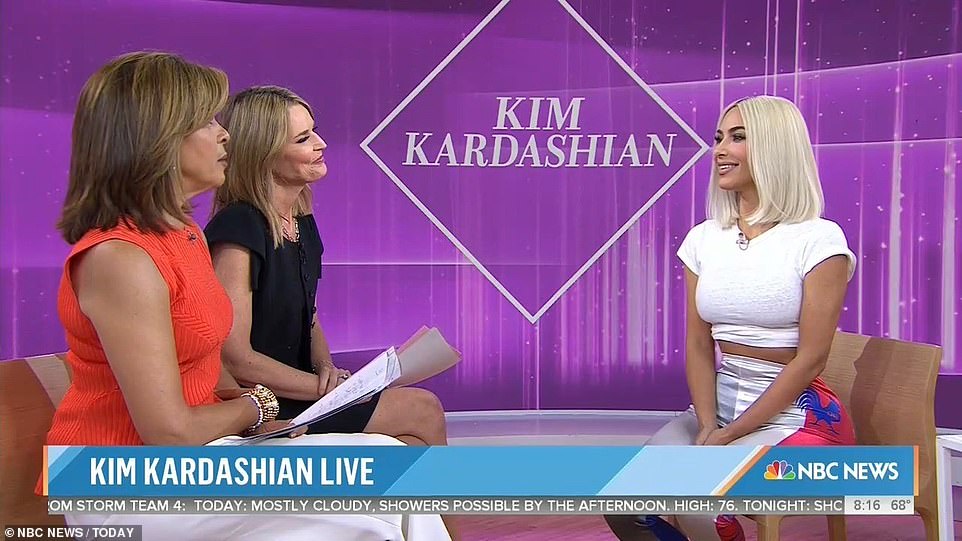 Hosts Hoda Kotb and Savannah Guthrie brought up the Marilyn Monroe dress Kim wore to the Met Gala last month, which has since stirred up controversy after it was alleged she may have damaged the historic frock, which was custom made for the late movie star in 1962. Hoda brought up the controversy about the dress, ‘We keep seeing stuff like the dress is ruined the dress is this… all of that is not true…?’ 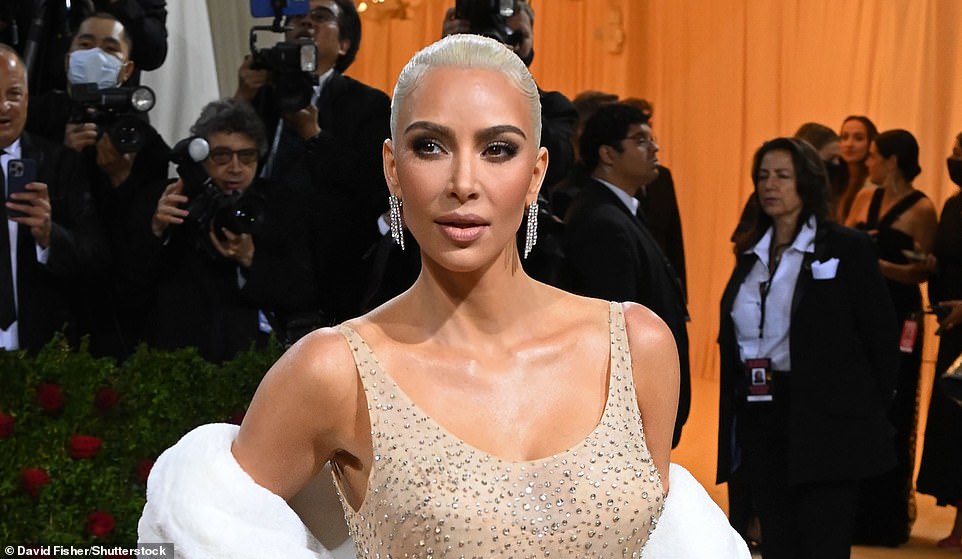 ‘No. And I mean Ripley’s… we worked together so well. There was handlers and gloves that put it on me…’ Kim said. Savannah added: ‘Ripley’s has said the dress wasn’t damaged. By the way you had to lose 16 pounds to fit into the dress.’  Pictured: Kim in the dress. 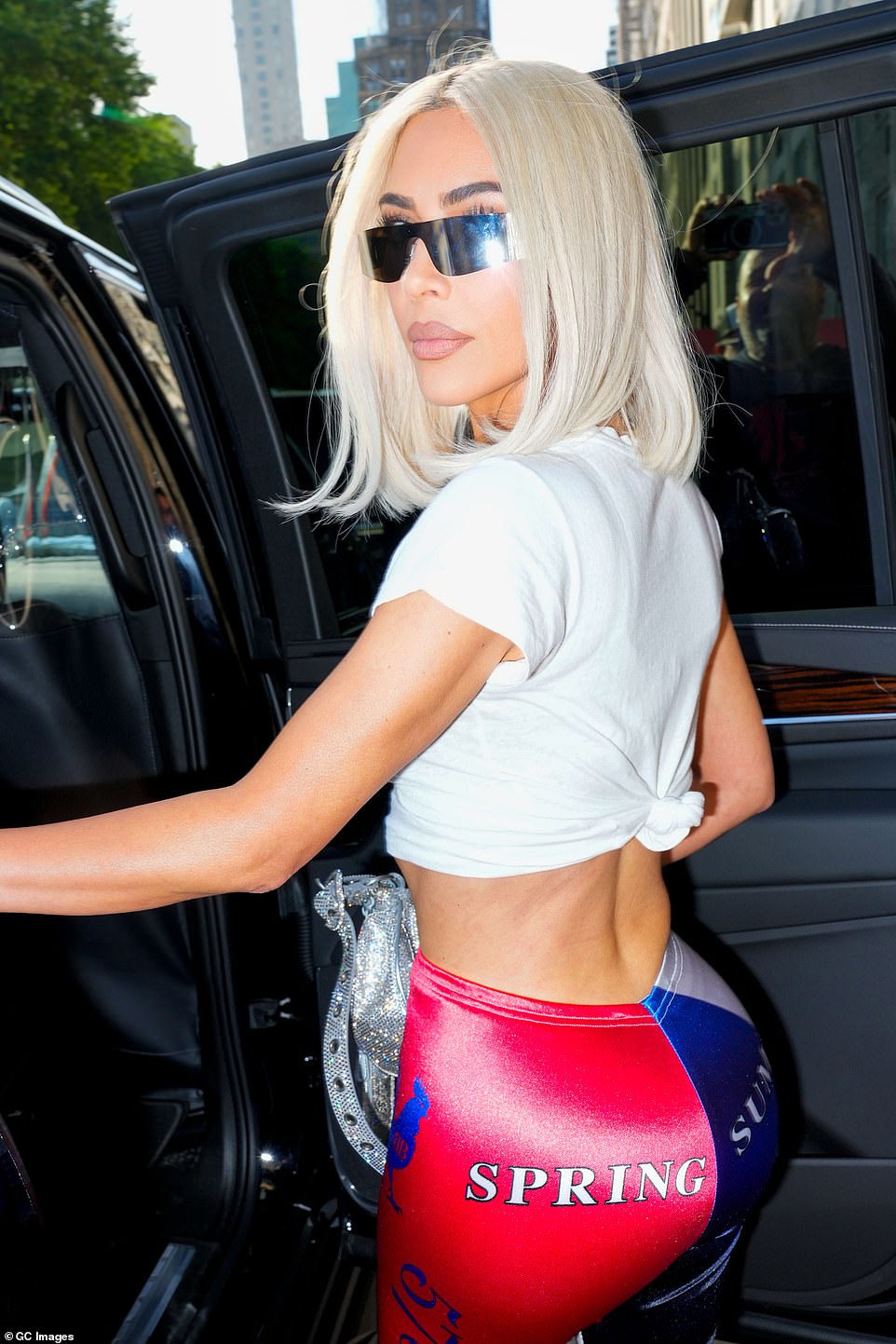 Kim had revealed at the Met Gala she lost 16 pounds in three weeks by cutting out carbs and sugar in order to fit into the iconic dress. – something which was heavily criticized for the message it sent. Savannah brought up the criticism of the rapid and drastic weight loss for a dress, and asked Kim what she thought of it all. ‘Yeah you know I looked at it like a role. I really wanted to wear this dress. It was really important to me. It actually taught me a lot about my lifestyle and my health and since then, afterwards, I continued to eat really healthy.’ 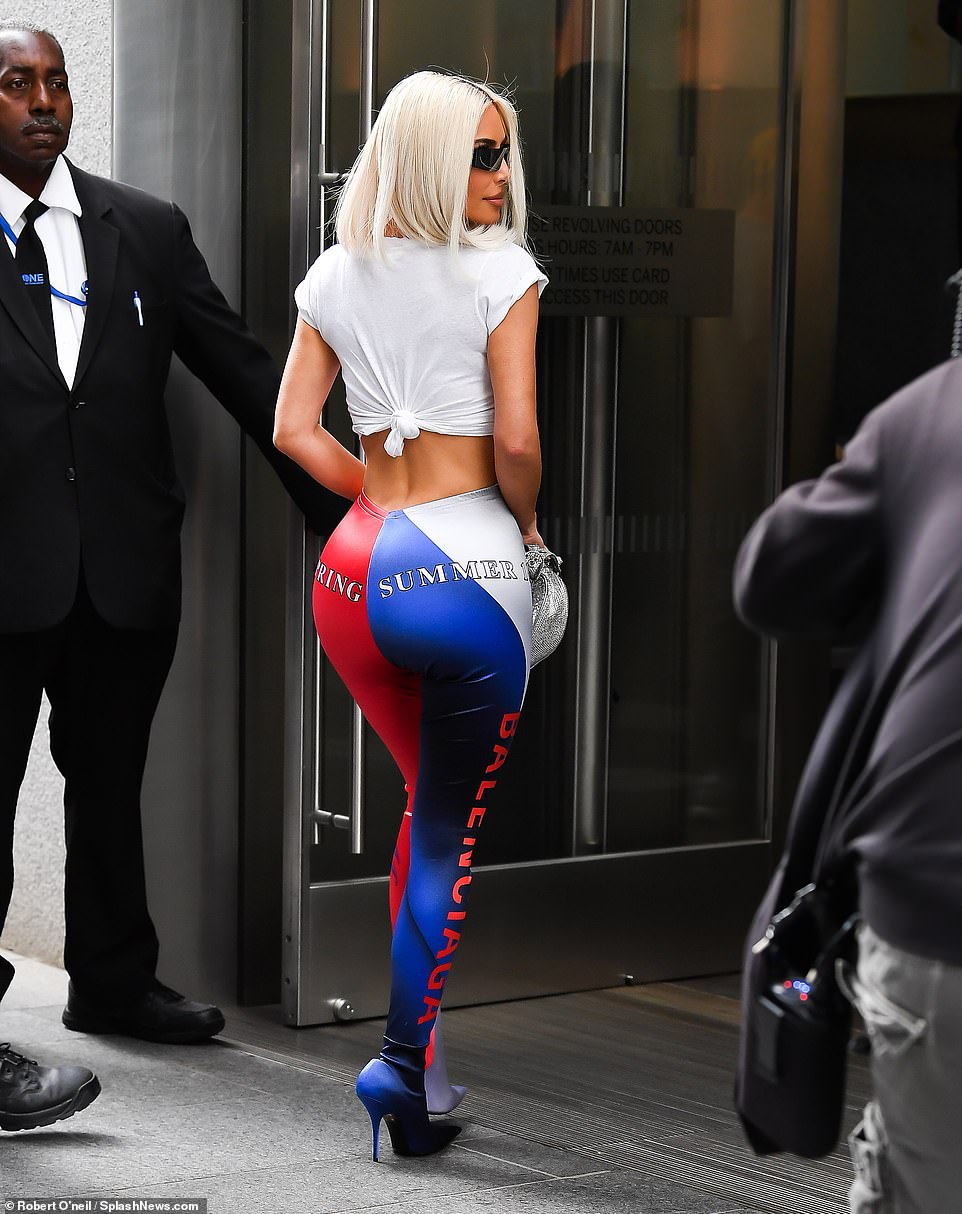 She continued: ‘I am down 21 pounds now. I’m not trying to lose any more weight but I have more energy than ever. I cut out so much sugar. A lot of junk food I was eating. I didn’t even realize it. A lot of fried foods. And I completely changed my lifestyle.’ 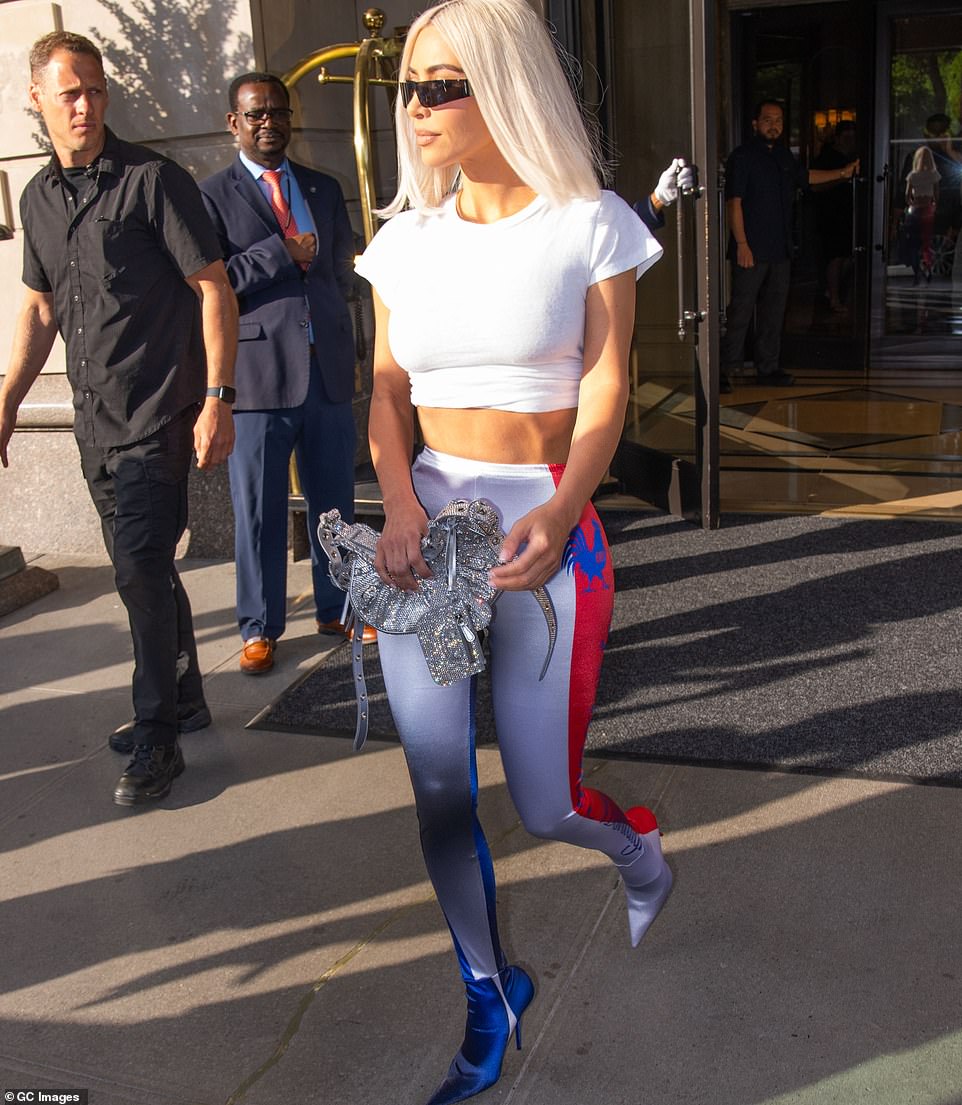 For her appearance on the Today Show, Kim showcased her incredible weight loss in a skintight white crop top with Balenciaga leggings and crystallized bag and boots. The mom of four opted for a short bob; she dyed her brunette hair platinum blonde for the Met Gala and has since kept the bold look. 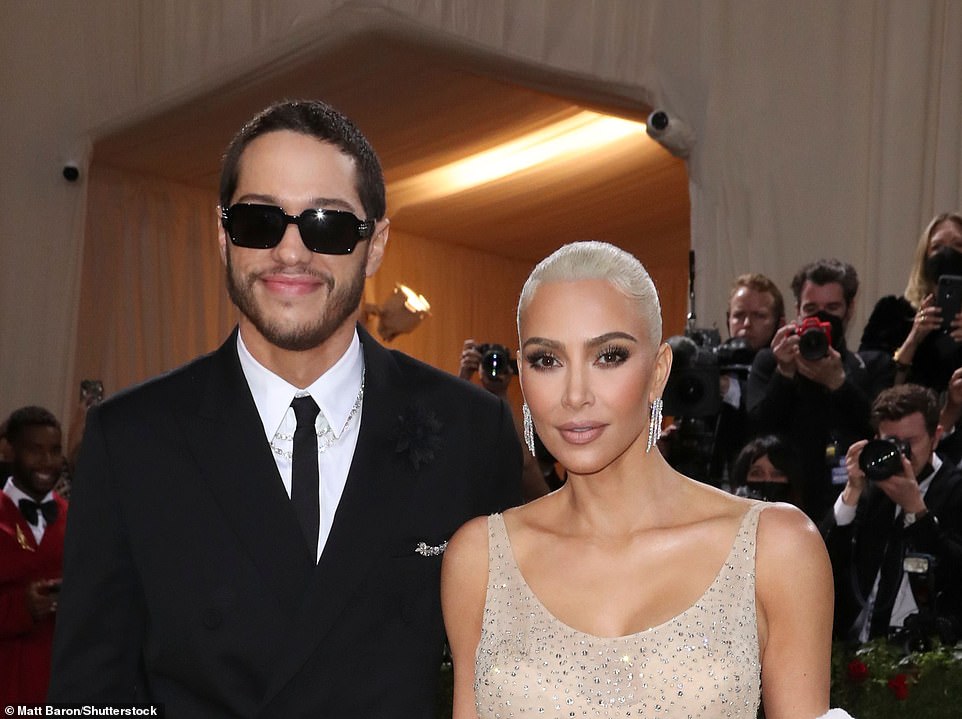 For weeks prior to the Met Gala, fans speculated that Kim was going to wear Marilyn Monroe’s $5 million gown she wore when she sang Happy Birthday Mr. President to John F. Kennedy for his 45th birthday on May 19, 1962. The dress was based on a sketch by Bob Mackie for the costume designer Jean-Louis; the translucent gown features over 6,000 crystals. 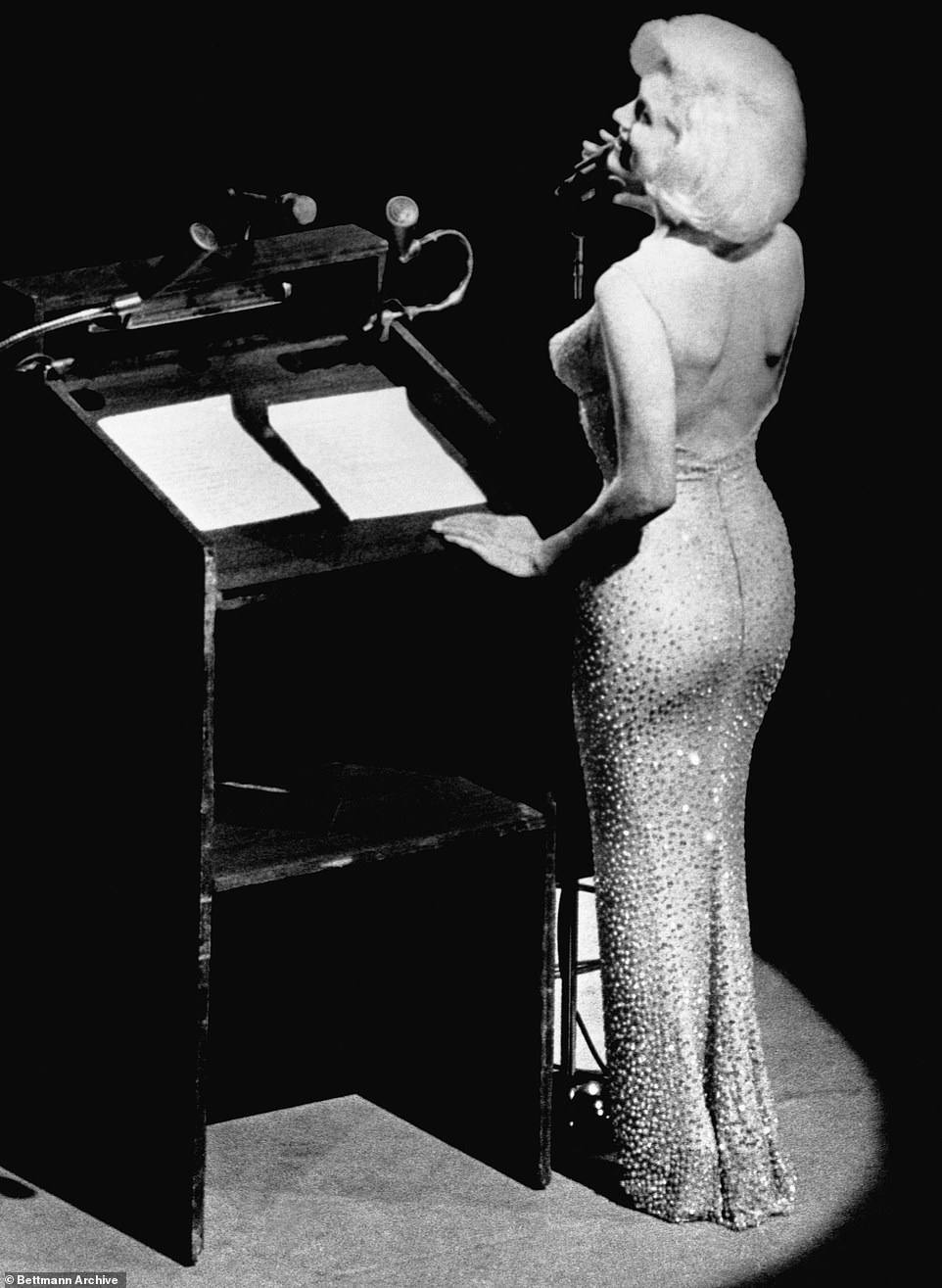 Marilyn (pictured) reportedly paid $1,440 for the custom piece and in 1999, her estate sold it at an auction for over one million dollars, per Vogue . It changed hands again when it sold it 2016 for $4.8 million before Ripley’s Believe It Or Not Museum acquired it. Per the outlet, the dress sits on a muslin covered dress form at the museum in a darkened vault at a controlled temperature of 68 degrees with 40-50% humidity. 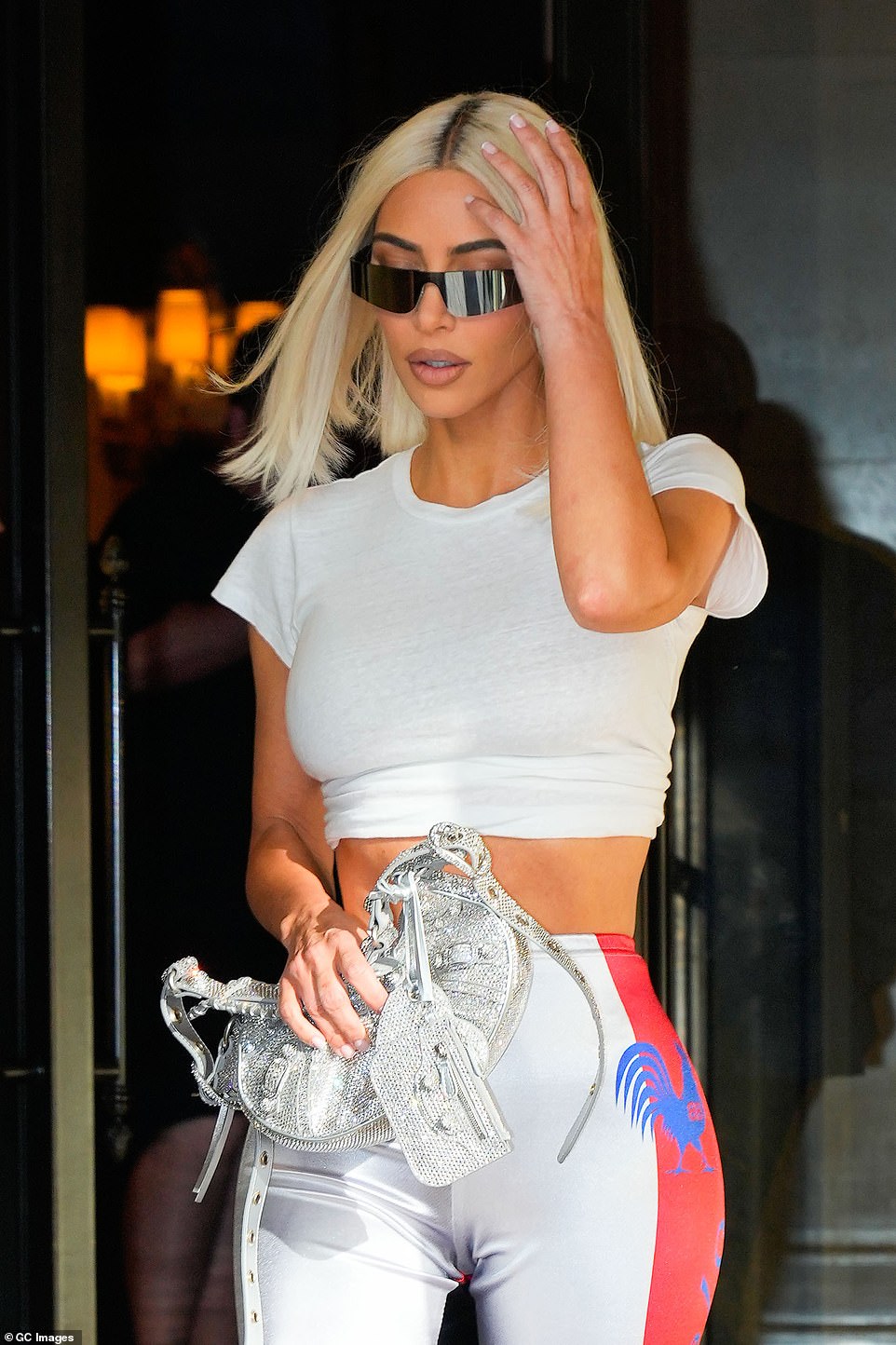 ‘I always thought she [Marilyn] was extremely curvy. I imagined I might be smaller in some places where she was bigger and bigger in some places where she was smaller,’ Kim said while speaking to Vogue earlier this year. ‘So when it didn’t fit me I wanted to cry because it can’t be altered at all.’ Kim then had to either diet or wear something else but she told the outlet ‘It was this or nothing.’ 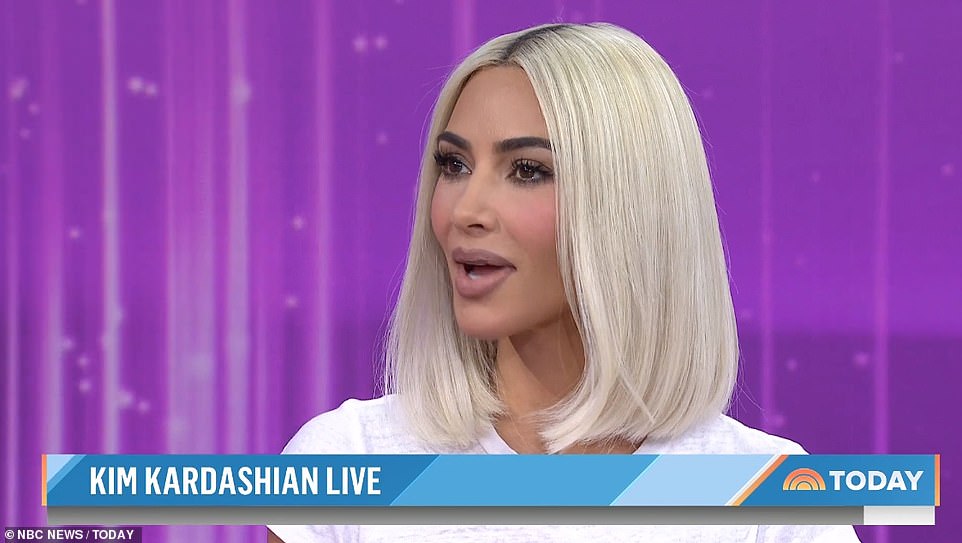 She went on a strict diet of no carbs and no sugar while running on the treadmill and wearing a sauna suit twice a day, but added that she didn’t starve herself but was just strict. After one month in her regimen, she tried on the dress in Orlando and it fit: ‘I wanted to cry tears of joy when it went up.’ 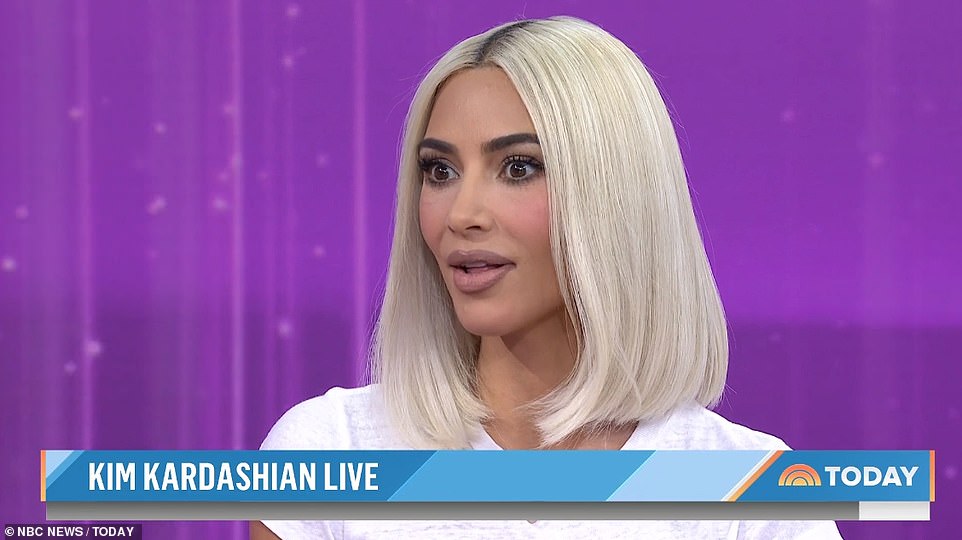 Kim was also asked about her vacation with her boyfriend Pete Davidson, 28, and how it went, which she said: ‘I would say the best way to describe it is really relaxing. Like to be away from four kids for just even a few days is heaven. I love my kids but you know. Any mom knows what I’m talking about.’ 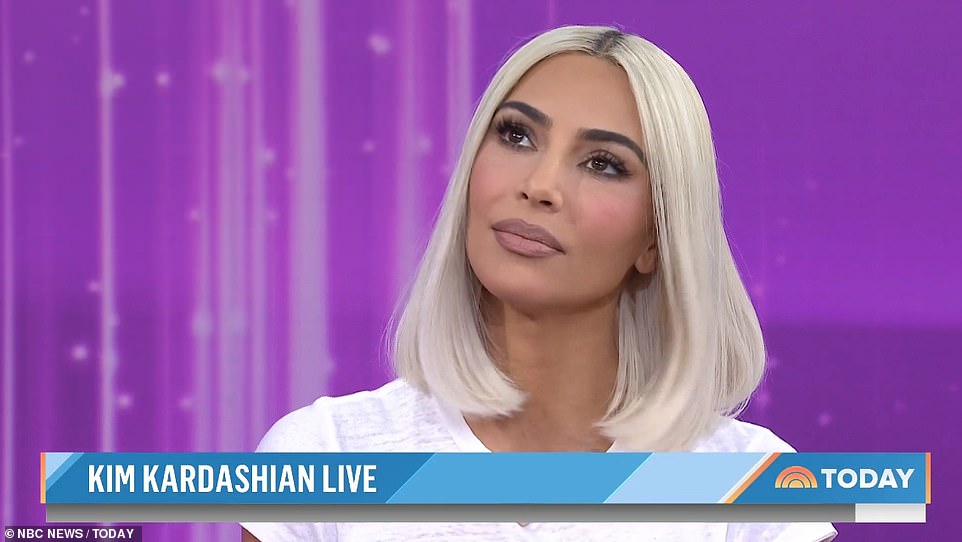 Hoda said the fact that what she loves about Kim and Pete is that Kim pursued Pete: ‘What I love about this too is… what I love about your relationship with him, you pursued him. You asked for his number.’ Kim said: ‘Yeah I know. That’s so not me.’ Savannah Guthrie asked what the first text she sent to Pete. Kim revealed: ‘Yeah it was just… well he gave me advice… I ran into him a little bit before the Met [Met Gala, September 2021] and he gave me good advice, knowing that I was going to be on it [Saturday Night Live].’ 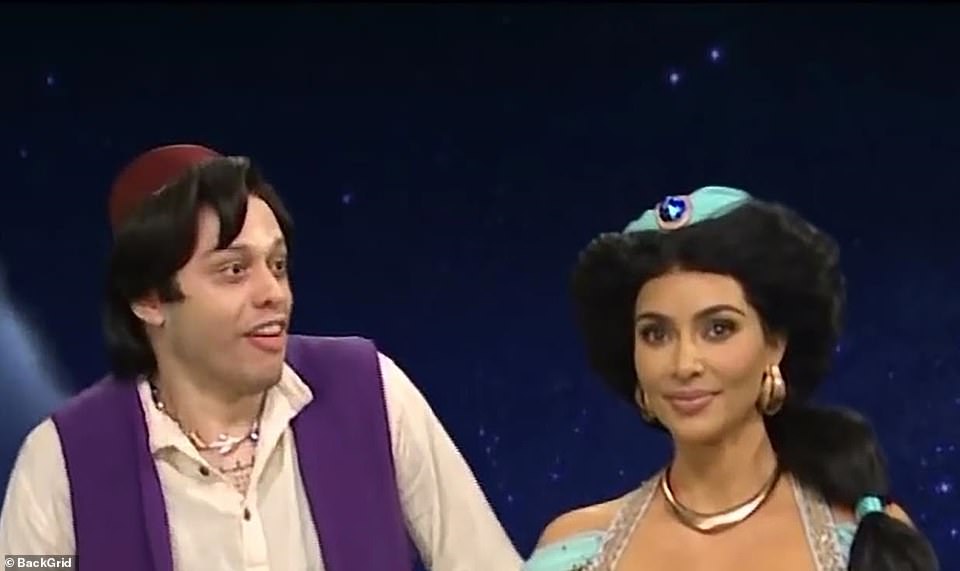 Adding: ‘So I just reached out and said, “Hey thank you so much for that advice it was so much fun. Just something cas[ual] like leaving it open,’ she said with a laugh.

Heart transplants from pigs move a step closer with US…

How fit note changes affect you – all you need to know…

Covid: Symptoms of COVID-19 include shingles