‘I Am Not Hostile To The ACA’ : Live: Amy Coney Barrett’s Supreme Court Confirmation : NPR

Supreme Court nominee Judge Amy Coney Barrett notes she hasn’t talked about the doctrine of severability with respect to the Affordable Care Act. 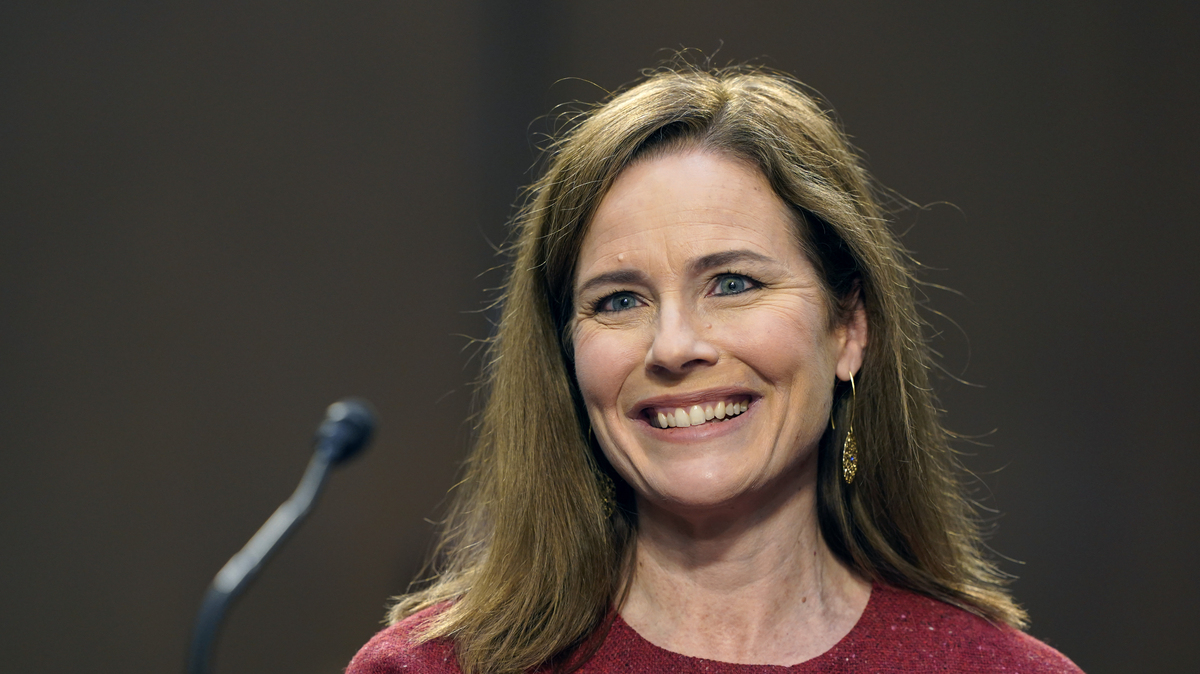 Supreme Court nominee Judge Amy Coney Barrett notes she hasn’t talked about the doctrine of severability with respect to the Affordable Care Act.

Judge Amy Coney Barrett’s confirmation to the Supreme Court would, Democrats fear, imperil the Affordable Care Act, which has twice narrowly survived in the high court.

The ACA, which is also known as Obamacare, is scheduled to be argued once again before the Supreme Court a week after the Nov. 3 election. On Tuesday, during the second day of hearings at the Senate Judiciary Committee, Democrats repeatedly pressed Barrett on whether she’d made assurances to anyone about how she would rule on the ACA.

“Absolutely not,” she replied. “I was never asked, and if I had been that would have been a short conversation.”

The original challenge to the ACA centered on whether the individual mandate, which required most Americans to buy health insurance or pay a penalty, was constitutional. Chief Justice John Roberts, writing for the majority in 2012, ruled the penalty, which is collected by the IRS, constitutes a tax and therefore fell within Congress’ purview.

Conservatives criticized that ruling, and in 2017 Barrett, at the time a law professor, wrote that Roberts “pushed the Affordable Care Act beyond its plausible meaning to save the statute.”

On Tuesday, Democrats brought up Barrett’s critique of Roberts’ majority opinion, implying that she opposed the ACA.

“I am not hostile to the ACA,” Barrett replied, noting that the current case before the court deals with an entirely different matter altogether: severability.

“The issue in the case is this doctrine of severability, and that’s not something that I have ever talked about with respect to the Affordable Care Act,” she said. “Honestly, I haven’t written anything about severability that I know of at all.”

Indeed, the current case stems from Congress’ decision effectively to zero out the penalty for not having insurance and whether the Affordable Care Act has effectively been voided as a result.

Texas argued that the Supreme Court saved the ACA by interpreting the penalty as a tax. Congress’ elimination of the tax penalty, the state’s lawyers argue, was tantamount to repealing the law — something Congress explicitly did not do. Texas, which is arguing that the court should invalidate the ACA, says the mandate could not be severed from the rest of the law.

Paul Clement, the lawyer who argued on behalf of those challenging the law in the Supreme Court the first time, told NPR’s Nina Totenberg that he thinks Texas’ argument is a stretch: “It’s just hard for me to say that the mandate is central when it doesn’t have any teeth,” he said.

5 of the Most Breathtaking Runs in Crater Lake National Park

This Mini Surat of Bihar market in Nalanda is heaven for…

Montana Pharmacists May Get More Power to Prescribe

Why This $15 Mascara Is Going Viral at Warp Speed

Listen To Nutritionist Munmun Ganeriwal To Get Rid Of…