How to live longer: The popular drink to avoid or risk having your lifespan shortened 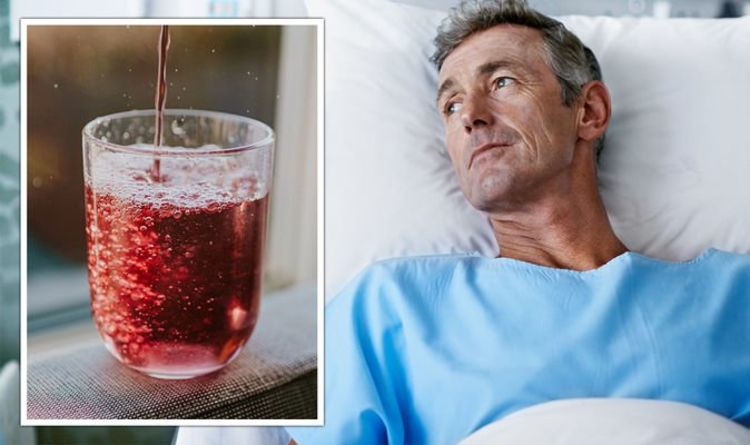 There are a multitude of factors that contribute to longevity, but cutting corners with your diet can be very taxing on the body. For those seeking to boost their lifespan, certain drinks should be avoided at all costs.

One Harvard Medical School observational study, published in Circulation in 2019, identified the consumption of sugar-sweetened beverages as a cause of early death.

For the meta-analysis, researchers analysed data from two large studies of more than 110,000 men and women, gathered through questionnaires.

Compared with people who rarely drank sugar-sweetened beverages, those who drank six per week had a six percent increased risk for early death.

Those who drank two or more sugary drinks per day, on the other hand, had a 21 percent increased risk for early death.

READ MORE: The simple and free daily practice that ‘significantly’ reduces the rate of ageing

Researchers linked this risk of early death mainly to the development of cardiovascular, which was particularly common among women.

Sugar-sweetened drinks refer to any beverages that contain calorific sweeteners added to them during preparation.

This sugar content is one of the key drivers of inflammation in the body – one of the hallmarks of most diseases.

The influx of sugar that comes with drinking such beverages also fills the body with ‘empty calories’, fooling it into thinking it’s full.

Very often, these beverages comprise a number of chemical sweeteners that also contribute to the issue.

The World Health Organisation, therefore, recommends getting no more than 10 percent of daily calories from such drinks, but a further reduction to below 5 percent would have additional benefits, according to the institution.

Another metabolic issue at play includes the breakdown of glucose, which is taken up by the cells of the body with the help of insulin.

It concluded that frequent consumption of artificial sweetened soft drinks was associated with a higher risk of death from circulatory diseases.

Sugar-sweetened soft drinks on the other hand, were associated with a higher risk of death from digestive disease.

Doctor Neil Murphy, co-author of the research for the International Agency for Research on Cancer, part of the World Health Organisation, said: “Our results for sugar-sweetened soft drinks provide support to limit consumption and to replace the with other healthier beverages, preferably water.

“For artificially sweetened soft drinks, ours is the third large study published this year that has reported positive associations with all-cause deaths.”