How to live longer: Five foods and drinks that can speed up ageing 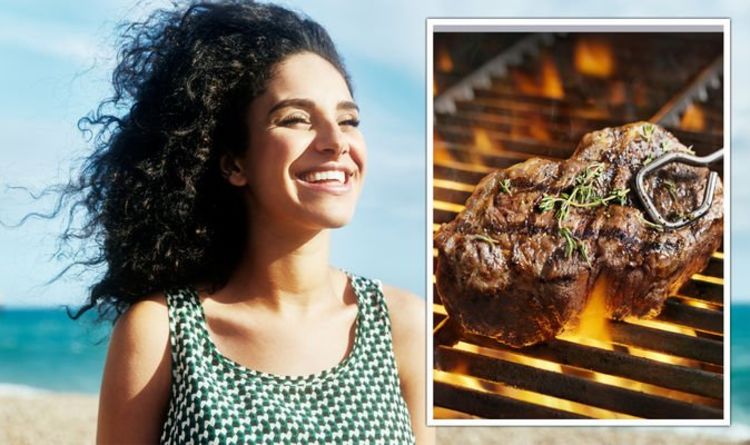 Research has consistently turned to diet for the answers to human ageing process. A 2018 Harvard study found that those who followed five simple habits – eating a high-quality healthy diet, doing at least 30 minutes physical exercise every day, keeping a healthy body weight, not drinking excessive amounts of alcohol and not smoking – increased life expectancy by up to 10 years. But recent studies have shown that certain foods can compromise longevity. Ageing experts have highlighted the five worst foods and drinks for living a longer life.

Alcohol is an immunosuppressant, making it particularly problematic for older and more vulnerable people.

Katie Dodd, a registered dietitian who specialises in care for older adults, said: “The effectiveness of the immune system declines with age. Chronic alcohol consumption combined with immunosenescence increases the risk of having a poor function immune system.”

Men and women are advised not to drink more than 14 units of alcohol a week on a regular basis, which is equivalent to 6 pints of average-strength beer or 10 small glasses of low-strength wine.

READ MORE: How to live longer: One food you should never skip – you may shorten your life expectancy

Research published in the BMJ medical journal suggests there is a link between eating substantially more processed meat, such as bacon and ham, and a raised risk of dying.

Processed meats like sausages, hot dogs and corned beefs are categorised by the World Health Organisation as carcinogens.

Donald Hensrud, MD, an internist who specialises in preventive medicine, says: “The WHO’s classification has raised a lot of Eyebrows, but the organisation reviewed hundreds of studies over a long period and made its decision based on the cumulative evidence.”

Further research shows that the cancer-causing substances in processed meats form as the meats are preserved.

Sugar ages the face and body in a process called glycation.

According to the British Journal of Dermatology, the visible effects of glycation tend to emerge for women around age 35.

Chronically high blood glucose levels are also associated with a significantly greater rate of cognitive decline, according to a study published in Diabetologia.

Researchers who led the study reported that participants with diabetes experience greater decline in memory and executive function compared to those without diabetes.

Consuming too much fast food can lead to lifestyle diseases which can reduce lifespan by more than ten years.

A study in JAMA Internal Medicine, which tracked diet and health over eight years in more than 44,000 French men and women aged around 58,

The participants’ intake comprised of 29 percent ultra-processed foods. There were 602 deaths over the course of the study, mostly from cancer and cardiovascular disease.

The researchers in the study suggested that high-temperature procession may form contaminants, that additives may be carcinogenic and that the packaging of prepared foods can lead to contamination.

According to the National Cancer Institute, grilling meat to the point of charring produces compounds known to cause cancer in laboratory animals.

Many scientists have linked red and processed meat to a range of diseases, and the World Health Organisation has classed them as a cause of cancer.

Researchers have found that increasing total red and processed meat intake by 3.5 servings a week for more over an eight-year period was associated with a 10 percent higher risk of death in the next eight years.

Dodd says: “Eating for longevity includes eating a healthy diet with fruits, vegetables and plenty of protein, which is so important for longevity because it protects muscle mass when one with resistance exercise. On the flip side, a diet low in protein can worsen age-related health outcomes. Losing muscle as we age increases our risk of falling, getting sick, going to the hospital or even being able to take care of ourselves.”