A heavily redacted supply contract between the federal government and vaccine developer Moderna, headquartered in Cambridge, Mass., was released Friday. 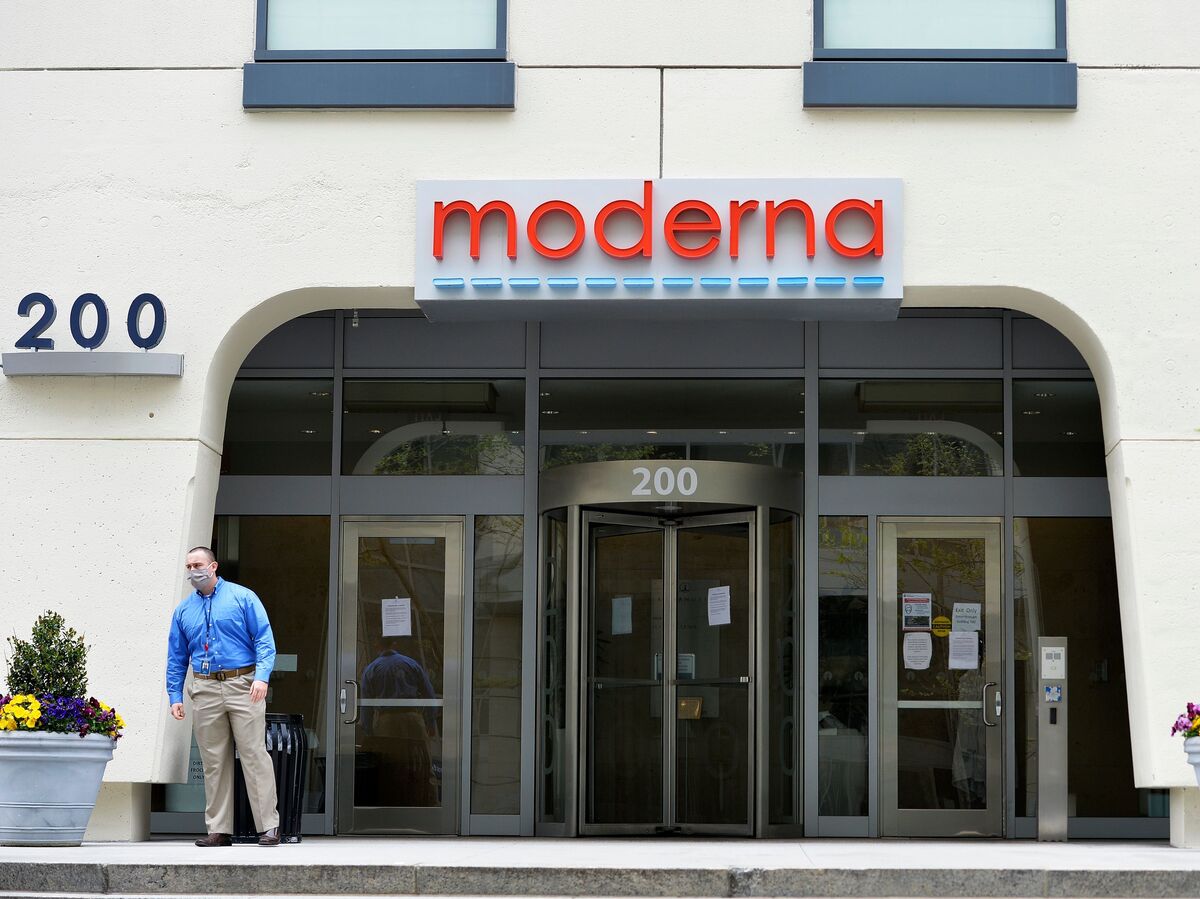 A heavily redacted supply contract between the federal government and vaccine developer Moderna, headquartered in Cambridge, Mass., was released Friday.

Even as the companies enlisted by the government’s Operation Warp Speed project to develop COVID-19 vaccines say they’re making quick progress, details of their lucrative federal contracts have been slow to emerge.

But late Friday the Department of Health and Human Services released its August contract with Moderna. When announcing the deal, HHS said it was worth $1.5 billion and would secure the first 100 million doses of the company’s vaccine and the option to buy up to 400 million more.

Overall, there is a lack of disclosure around the terms of the federal contracts with companies involved in the crash program to make COVID-19 vaccines. Most of the contracts haven’t been released.

While the publicly posted Moderna contract includes previously unknown details, extensive redactions leave the public in the dark about some of the company’s obligations as well as the extent of protections for taxpayers.

Some of the redactions obscure information that has already been disclosed. The value of the contract, for example, is blacked out with a note that it isn’t disclosable under public records law because it is a trade secret.

However, the $1.5 billion value of the deal was trumpeted by HHS in its August announcement, and Moderna, a frontrunner in the vaccine program, included the news in a financial filing the same day.

“There’s no question that that is not confidential,” says Kathryn Ardizzone, a lawyer at Knowledge Ecology International, a nonprofit public interest group that focuses on intellectual property. “HHS was less transparent than Moderna.”

An HHS spokesperson emailed the following statement about the release to NPR:

“The documents that were posted were reviewed by both the government and the company, as is general practice. Based on this process, as well as the applicable law, the posted document includes the information we determined as properly releasable at this time. Operation Warp Speed is committed to being as transparent as possible. The government will continue to monitor what is releasable over time as part of this commitment to transparency.”

Moderna spokesman Ray Jordan says that the company will be discussing details of the contract during its quarterly earnings call next Thursday, but he had no additional comment regarding the intellectual property or data rights provisions in the contract when he spoke to NPR on Saturday.

Moderna will get an extra $300 million if it receives approval or an emergency use authorization from the Food and Drug Administration “on or before January 31, 2021,” according to a company disclosure about this contract. But the speed bonus one of many things that has been redacted from the contract that HHS released.

The newly released Moderna contract does reveal a clause that is standard in drug development that receives funding from the federal government. It allows the government to “march in” and take control of a drug or vaccine if a manufacturer that received federal financial support engages in price gouging, for example.

That clause is a relief, says James Love, director of Knowledge Ecology International. Of the Operation Warp Speed contracts that have been made public, not all of them include this safeguard.

But the process under these so-called Bayh-Dole protections is often lengthy, requiring a series of administrative and court proceedings and an appeal process. “In the case of COVID-19, that’s not an ideal situation,” Love says.

Given the pandemic, Love says he thinks the government should have included an exceptional circumstances authority to this part of the Moderna contract, which could potentially allow the U.S. government to own the vaccine patents.

“We thought the COVID[-19] pandemic completely fit the bill for exceptional circumstances,” Love says, adding that KEI wrote a letter to the agency and House Speaker Nancy Pelosi about this. “They would have much more leverage over the people receiving the money on any policy they wanted to connect to the right to use the patent.”

Although the Moderna contract is heavily redacted, it includes a list of contracting regulations that, if expanded, would include dozens or hundreds of pages of taxpayer protections, says attorney Franklin Turner, a partner at McCarter and English who specializes in government contracting. If the government doesn’t think Moderna is complying with the contract, for example, it has the right to terminate the contract and go after the company for damages.

“Are taxpayers being adequately protected as a matter of regulation? My answer is yes,” he says. The government “impose[s] extensive obligations on the contractor to govern the procurement.”

Turner says it isn’t typical to see such broad redactions in the work requirement section of the contract because that’s something the government sets and shouldn’t include trade secrets. However, he says he believes “there’s nothing nefarious here.”

Data rights, which would govern disclosure and sharing of key studies, cell lines and the know-how to make a product, are less clear in the Moderna contract because they’ve been heavily redacted. “The fact that the government is not open-sourcing the know-how to make vaccines in this pandemic when it’s paying for the building of factories and clinical trials and soup to nuts on a lot of these vaccines is a massive policy failure,” Love says.

The government released three other contracts at the same time it released Moderna’s. One contract is with Ology Bioservices, a manufacturer of biological products, for vaccine and antibody drug production. The other two contracts — one to Becton, Dickinson & Co. and another to Retractable Technologies Inc. — cover syringes and needles for administering vaccines. The patent and data rights included in these contracts are inconsistent.

Members of Congress, advocacy groups and journalists had been asking for Operation Warp Speed’s procurement contracts for months. At least two nonprofits, KEI and Public Citizen, sued when their public records requests went unanswered. KEI has obtained some contracts through public records requests, and it discovered that important clauses were missing or redacted.

None of the vaccine contracts that have been made public so far include those that NPR first reported went through a third party called Advanced Technology International. NPR is still trying to obtain those contracts, which have a combined value of more than $6 billion.

Kava Drink Recipe That Turns the Herb Into a Mocktail

Listen To Nutritionist Munmun Ganeriwal To Get Rid Of…

Is It Beneficial For Diabetic Patients?

Frantic mom says she can’t get diabetes meds due to…

If you started fresh today, what five skincare products…