He was the 100-year-old war veteran who raised almost £40 million for NHS charities and captured the nation’s hearts by walking around his garden in the first lockdown.

Now the family of Captain Sir Tom Moore, who died in February, want to set up an annual day in his honour in a bid to create a ‘Children in Need for older people’.

The plan for a Captain Tom Day, which could be launched next June, would help ‘revolutionise the way society thinks about ageing’.

It will encourage Britons to raise funds through a variety of ways similar to the BBC’s Children in Need, which has raised more than £1billion since 1980.

Dame Esther Rantzen, who is helping with the push, said yesterday: ‘If we can dedicate Captain Tom Day to older people and can call upon people of every age to join in, that suddenly makes [them] visible again and we can enjoy the skills and life experience they all have to offer.’

Then 99-year-old British veteran Captain Sir Tom Moore pictured waving after completing the 100th length of his back garden in Marston Moretaine, Bedfordshire, in April 2020 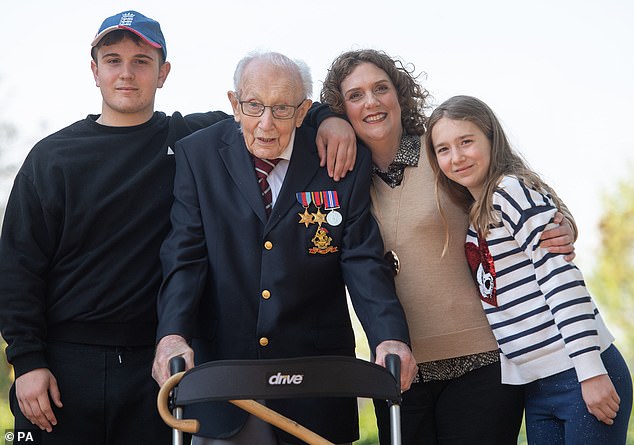 Money raised through the event will be channelled into tackling loneliness and isolation among the elderly.

Another key aim is to ‘digitally enable’ pensioners so they are not cut off by advances in technology.

A virtual meeting with major charities and organisations including Age UK, Comic Relief, the Department for Digital, Culture, Media and Sport and the Department of Health to discuss the Captain Tom Foundation’s new mission was chaired yesterday by Dame Esther.

She added: ‘I know about the isolation and loneliness of a huge number of older people because they call The Silver Line helpline.

‘It’s been an ambition of mine for years to try and create a Children in Need for older people.’

The former That’s Life! presenter, who also founded ChildLine, said older people’s needs often went unnoticed and just two per cent of charitable donations were made to organisations helping them.

The Captain Tom Foundation could help change that because of the way he connected with different generations, she explained.

‘The thing about Captain Tom was he broke all the regular stereotypes because there he was, almost 100 years old, not finding walking easy, but determined to walk up and down his garden to raise money for the NHS,’ Dame Esther said.

‘Then, when he started to talk about what he was doing, he revealed himself to be clever, funny, modest and magical.’ 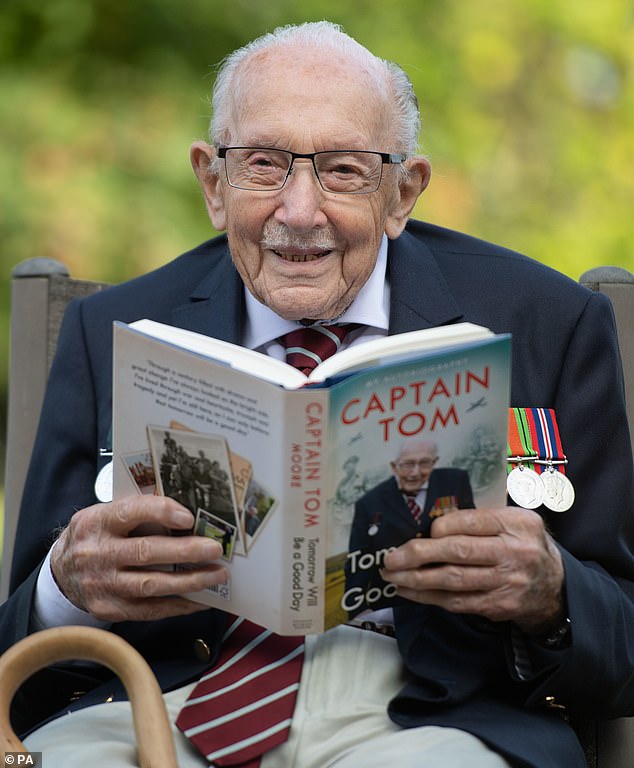 The foundation’s new direction was inspired by the multi-generational household Captain Tom lived in from 2007, with his daughter Hannah, her husband Colin, and their children Benjie, 17, and Georgia, 13.

Mrs Ingram-Moore said: ‘After a few weeks living with us, he quietly said to me with glistening eyes “I was invisible to the world until I moved in here. You have given me my visibility back”.

‘Our wonderful older generation often feels invisible, out of sight and out of mind, and this is exactly what the Captain Tom Foundation aims to tackle with our new strategy.’

Funds raised will be channelled by a disbursement committee into projects and charities that can further the foundation’s ‘golden thread’ of issues involving older people.

A Captain Tom Award for Innovation is also planned to bring attention to inventions that ‘empower the elderly’.

Patients Suffering From These Diseases Must Avoid Beetroot At All Costs