Dementia: Getting six hours or less sleep a night raises your risk 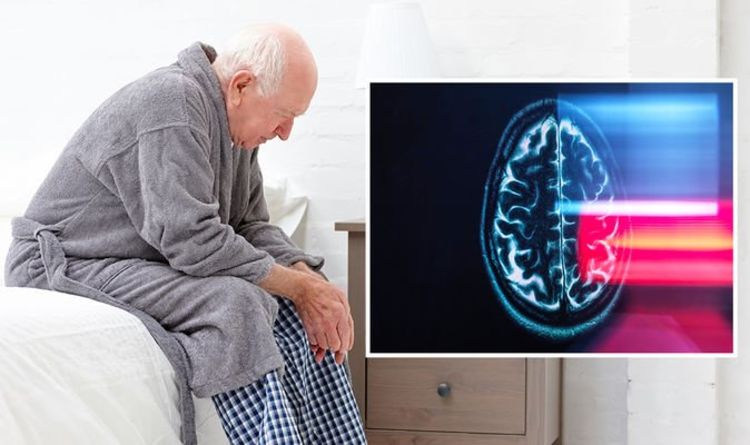 The onset of dementia symptoms, such as memory loss, can be devastating for the person going through it and their loved ones. However, there is increasing hope for people at risk of dementia: research continues to identify markers many years before its development. This raises the possibility of finding effective interventions before it’s too late.

Sleep disturbances are a feature of dementia but a study published in the journal Nature suggests that your sleep patterns may determine your risk decades in advance.

Using data from 7959 participants of the Whitehall II study, researchers examined the association between sleep duration and incidence of dementia (521 diagnosed cases) using a 25-year follow-up.

The Whitehall II study was established in 1985 to investigate the importance of socioeconomic circumstances for health.

After analysing the data, the study researchers reported a higher dementia risk associated with a sleep duration of six hours or less at age 50 and 60.

READ MORE: You may now be able to assess your dementia risk ‘long before’ symptoms show – major study

This compared with a normal sleep duration, which was defined as seven hours sleep, although this was imprecisely estimated for sleep duration at age 70.

“These findings suggest that short sleep duration in midlife is associated with an increased risk of late-onset dementia.”

There are different types of risk factors for dementia, including medical, lifestyle and environmental factors.

DON’T MISS
The simple and free daily pratice that reduces ageing [TIPS]
The vitamin supplement that raises cancer risk [ADVICE]
Statins side effects: The ‘all over’ body pain not to ignore [INSIGHT]

Some factors only slightly increase a person’s risk while others make it much more likely that the person will develop the condition.

“For most people, the biggest risk factors for dementia are ageing and genes,” warns the Alzheimer’s Society (AS).

It is worth noting that there are lots of risk factors that can be avoided, or at least reduced.

“Doing regular physical activity is one of the best ways to reduce your risk of dementia. It’s good for your heart, circulation, weight and mental wellbeing,” notes the AS.

The “MIND” diet, short for Mediterranean-DASH Intervention for Neurodegenerative Delay, can also bolster the brain against decline, according to the Mayo Clinic.

Observational studies suggest the diet can reduce the risk of developing Alzheimer’s disease by up to 53 percent as well as slow cognitive decline and improve verbal memory.

Researchers developed the diet by looking at the Mediterranean and Dietary Approaches to Stop Hypertension (DASH) diets, then focusing on the foods with the most compelling findings in dementia prevention.