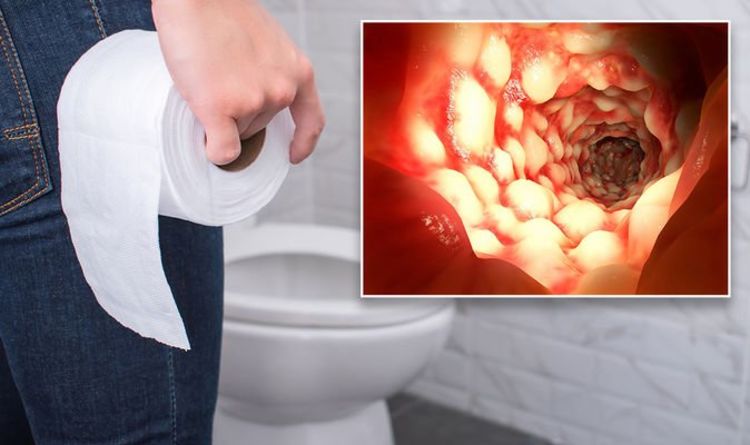 Whilst Crohn’s disease is more common in people who smoke, if you have a family member with Crohn’s disease, you are more likely to develop the condition yourself.

One of the main symptoms that may show up when you develop Crohn’s disease will be noticed when you go to the toilet.

Having diarrhoea is arguably the most common way of spotting early stages of Crohn’s disease. repeated diarrhoea should not be ignored – treating the disease late will damage the chances of repressing the condition.

Diarrhoea is formed by inflammation inside the body and can vary from mild to severe.

The diarrhoea may be mixed with mucus, pus or blood. An urgency to get to the toilet is common. On the other hand, the feeling of wanting to go to the toilet but with nothing to pass is also common. This is known as tenesmus.

Excruciating pain can often occur when attempting to empty the bowels. However, it is not just in this case when pain can occur when developing Crohn’s disease.

Pain can form in about seven in 10 cases and the site of the pain depends on which part of the gut is affected.

The last part of the small intestine is the most common site. Therefore, a common area of pain is the abdomen.

When Crohn’s disease first develops it is sometimes mistaken for appendicitis. The severity of pain can vary from person to person. Furthermore, a sudden change or worsening of pain may indicate a complication.

Other common symptoms of Crohn’s disease include:

How does Crohn’s develop?

Crohn’s disease is a chronic, relapsing condition. The severity of symptoms and how frequently they occur vary from person to person. The first episode of symptoms is often the worst.

Your doctor will initially arrange blood tests to help find the diagnosis. You may also be asked to provide stool samples for analysis to see if there is an infection in your gut. A stool sample may also be sent to measure a protein called calprotectin, which can be used to see whether it is likely that you have Crohn’s disease.

If it is thought that you may have Crohn’s disease you will be referred to a specialist for further investigations. If you are very ill then you may need to be admitted immediately to hospital for these investigations.

Depending on where the symptoms arise from, various tests may be done to confirm the diagnosis, and to determine how much of the gut is affected. For instance, if you have symptoms coming from the colon or small intestine, a doctor may look inside in order to diagnose.

If you have symptoms coming from the upper part of the gut, a doctor may suggest a gastroscopy. This is a procedure in which a thin, flexible telescope is passed down the gullet into the stomach..

A special X-ray of the large intestine or small intestine may also be advised.

Occasionally, operations are required to diagnose Crohn’s disease if your specialist cannot rule out an equally serious condition such as tuberculosis inside the stomach.

Iron deficiency: A sore tongue could be a sign you’re low in the mineral