[unpaid/sample/affiliate/ad] I’ll start saying that there is 25% off site-wide at Bobbi Brown in case you have anything that’s running low. But, I want to recommend the Mini Long Wear Shadow Trio – at £15.75 with £37.40 value HERE, rip off that Christmas wrapping and stash them in your own make up bags. That’s almost a year’s worth of the easiest eye make up you’ll ever do. Even my daughter wears them because my enthusiasm has rubbed off so hard… she has tricky lids with a fold and the sticks have proved to be the answer. I like them for lids young and old and if you have a problem keeping oil based products on your lids, apply a good primer first (such as Hourglass). A mono shade that covers just the lids is a perfect brightener and opener and the shades in this set are made exactly for that. I’d also recommend Trish McEvoy’s in a heartbeat too, but this is a Bobbi post!

The shades are Dusty Mauve, Golden Pink, and Golden Bronze so they’re fairly suit all – perhaps less so for deepest tones but it depends whether you like to wear as statement or neutrals.

They’re the first three in the swatch above.

Next up is the Cobblestone Lane Palette (£37.50) but I can’t quite get as excited about it as the sticks. It’s a decent, warm-hued palette but there’s nothing stand out about it other than the mirror is removable which is a neat little addition. The eight shades are versatile and easy-wears – you can smoke up or not just as you choose and that respect, there’s nothing not to like but on the other hand, they’re shades that are probably (definitely) already in our collections.

There are more matte than metallics so less ‘pop’ than you’d expect, I think. 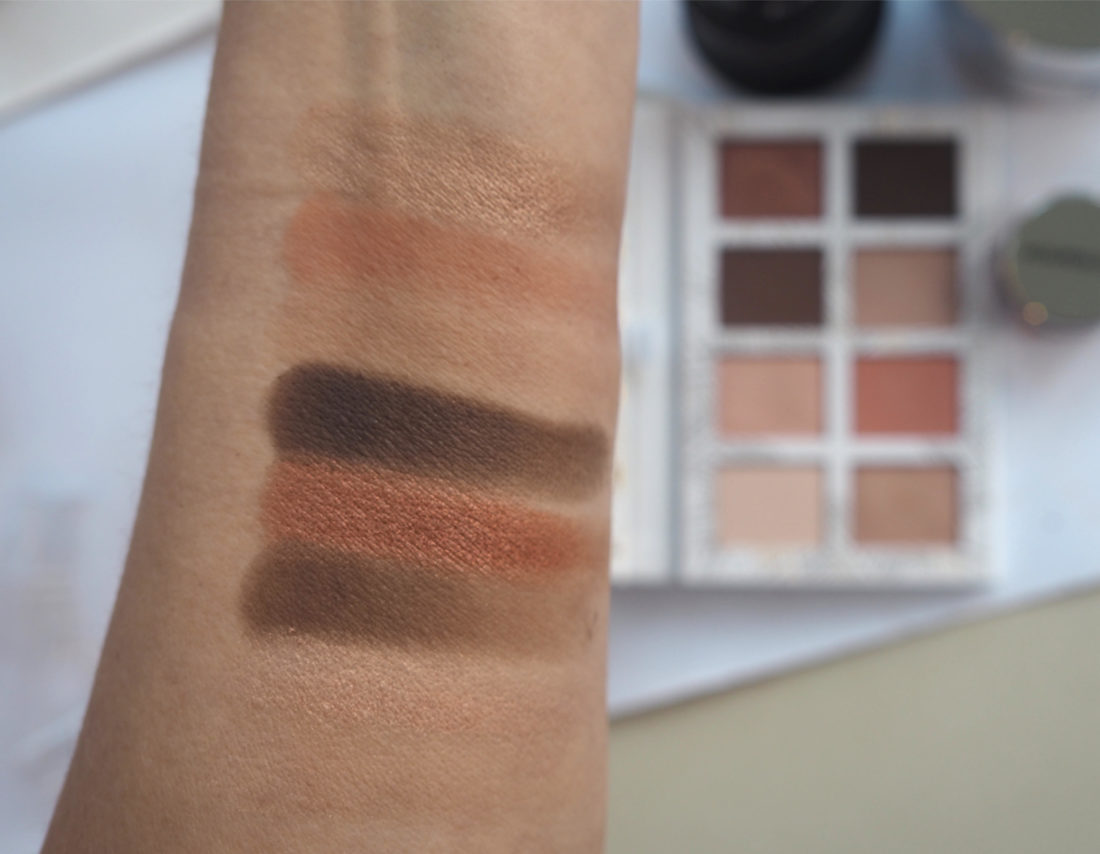 This is the palette swatched – it’s not dynamic but definitely wearable and will take you across seasons which I suppose more festively pointed products don’t.

I hate to go on the ‘do you remember when…?’ road, but do you remember when these Bobbi illuminators were everywhere – selling like hot cakes and actually quite revelatory for their ability to light up the skin? The trend focus has come off high beam illumination in favour of more humble glow, but the BB version has versatility in that respect – one little sweep and you are low glow, a couple more and you’re visible from space. So, it really depends what you like. In swatching, the shades are almost identical – the intensity is the difference but other than that, I can’t see what distinguishes one from the other. It’s a pretty golden pink in this Luxe Illuminating Duo – the golden bronze shade has already sold out. It’s £37 HERE. The packaging on this is very fancy and very festive as you can see in the main picture. The swatch is on the same picture as the eye crayons above.

Finally, from the selection I was sent, is the Double The Drama Smokey Eye Duo which is a value set. I like these mascaras which manage to make lashes look both very black and quite fluffy and they’re not as prone to smudges as other brands. The set of two comes in a holiday box so it’s very giftable, but it’s another that I’d probably ignore the packaging on and slide secretly into my own stash. It’s got a £52 value and is currently £25.55 HERE. Enter code EARLYBIRD for all products.

Non-Veg to Rice, Food Items You Must Avoid Reheating For Healthy Lifestyle

A Lower Back Strength Workout to Relive Strain

Cardi B Says Having Her Butt Injections Removed Was…