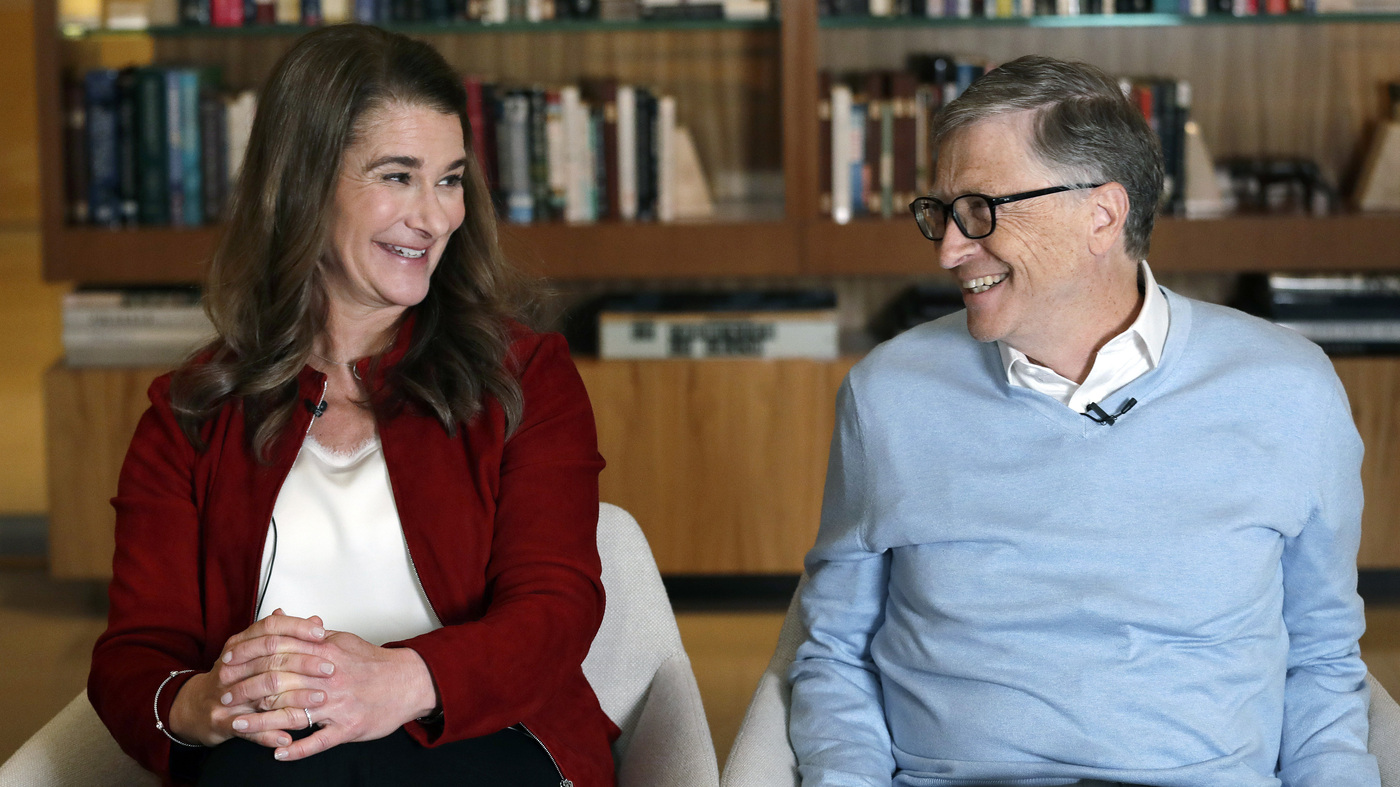 Bill and Melinda Gates smile at each other during an interview in Kirkland, Wash. in 2019. The couple announced Monday, May 3, 2021, that they are divorcing.

Bill and Melinda Gates smile at each other during an interview in Kirkland, Wash. in 2019. The couple announced Monday, May 3, 2021, that they are divorcing.

Bill Gates and his wife Melinda announced on Monday they are splitting after 27 years of marriage.

“After a great deal of thought and a lot of work on our relationship, we have made the decision to end our marriage,” the couple wrote in a joint statement posted on Twitter.

Bill Gates is reportedly worth upwards of $130 billion and considered to be the world’s fourth wealthiest person. He stepped down as a board member of Microsoft, which he founded with Paul Allen in 1975, in March 2020.

“We have raised three incredible children and built a foundation that works all over the world to enable all people to lead healthy productive lives,” the pair added.

The two chair the Bill & Melinda Gates Foundation, now the world’s largest private charitable foundation. Since its founding in 2000, Gates has donated about $35.8 billion worth of Microsoft stock to the global organization, which funds projects to reduce poverty and improve global health in the developing world, according to Forbes.

“We continue to share a belief in that mission and will continue our work together at the foundation, but we no longer believe we can grow together as a couple in this next phase of our lives.”

Shortly after the coronavirus pandemic brought the world to a grinding halt, the Gates Foundation announced it would spend $300 million to fight the spread of COVID-19 and develop new treatments and a vaccine.

NPR is among the organizations supported by the Bill and Melinda Gates Foundation.

Khloé Kardashian’s Trick to Drinking More Water Is So Smart