President Biden, pictured on Feb. 22, is giving an address Thursday as the country marks one year of the coronavirus pandemic. 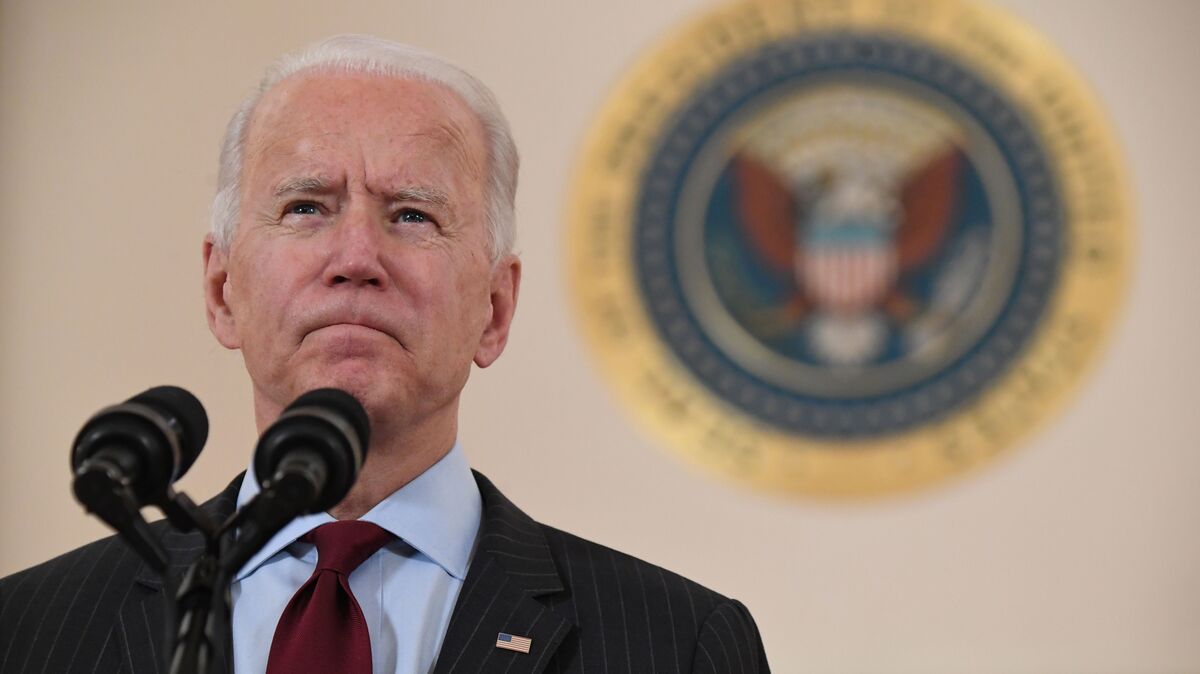 President Biden, pictured on Feb. 22, is giving an address Thursday as the country marks one year of the coronavirus pandemic.

President Biden will address the nation Thursday evening to mark the one-year anniversary of the coronavirus pandemic, remember the people who have been lost and to introduce the next phase of his administration’s COVID-19 response.

The speech, the first primetime address of his presidency, will begin at 8 p.m. E.T. Watch it live here:

Biden said Wednesday that he would use the address as an opportunity to “explain what we will do as a government and what we will ask of the American people.”

“There is light at the end of the dark tunnel of the past year,” he said following an event at the White House. “But we cannot let our guard down now and assume that victory is inevitable.”

Biden will also speak about the operational challenge of vaccine distribution, and the work his administration has done to increase vaccination, according to the White House.

Thursday’s address comes exactly one year after the World Health Organization first declared the coronavirus crisis a global pandemic. Since then, more than 520,000 people have died from COVID-19 in the United States.

Biden has made confronting the virus the top priority for his administration — and according to a recent NPR/PBS/Marist poll, a majority of Americans approve of how he’s handled the pandemic so far. That includes 30% of Republicans and 22% of supporters of former President Trump surveyed.

Since vaccine distribution began in the United States in December, more than 93 million doses have been administered, reaching about 18.4% of the total U.S. population. Last month, the FDA authorized emergency use of a third vaccine option that requires just one shot.

In January, the White House announced its American Rescue Plan, a $1.9 trillion relief package that aims to bolster the country’s recovery from the pandemic. On Wednesday, Congress gave final approval to that legislation, which will send a new round of financial support to Americans in the form of direct payments, extended unemployment benefits and an expanded child tax credit.

The bill, which Biden is expected to sign Thursday, also directs funding to schools, businesses and vaccine distribution.

Republican lawmakers universally opposed the plan in the House and the Senate, criticizing the proposal as a Democratic wish list with few provisions related to COVID-19. Meanwhile, Democrats have praised the bill’s potential to create a new social safety net.

Whether Americans feel the effects of the relief package over the next few months will be crucial for Biden’s presidency as the pandemic continues to present major challenges to American life.

As of Wednesday, the U.S. had reached almost 29 million cases of COVID-19 in the U.S., according to the Center for Disease Control. And as of last week, there were still 9.5 million fewer jobs in the economy than at this time last year.

In Thursday’s speech, Biden is expected to continue to position himself as the country’s chief consoler, a role that Trump struggled with during his presidency.

The president’s primetime address follows an emotional remembrance he held last month to memorializing the country’s 500,000 victims of COVID-19.

Canned Pour-Over Coffee You Can Order From Anywhere

Why Do I Crave Crunchy Food? Blame Your Senses

Xinjiang loosens some restrictions after anti-lockdown…