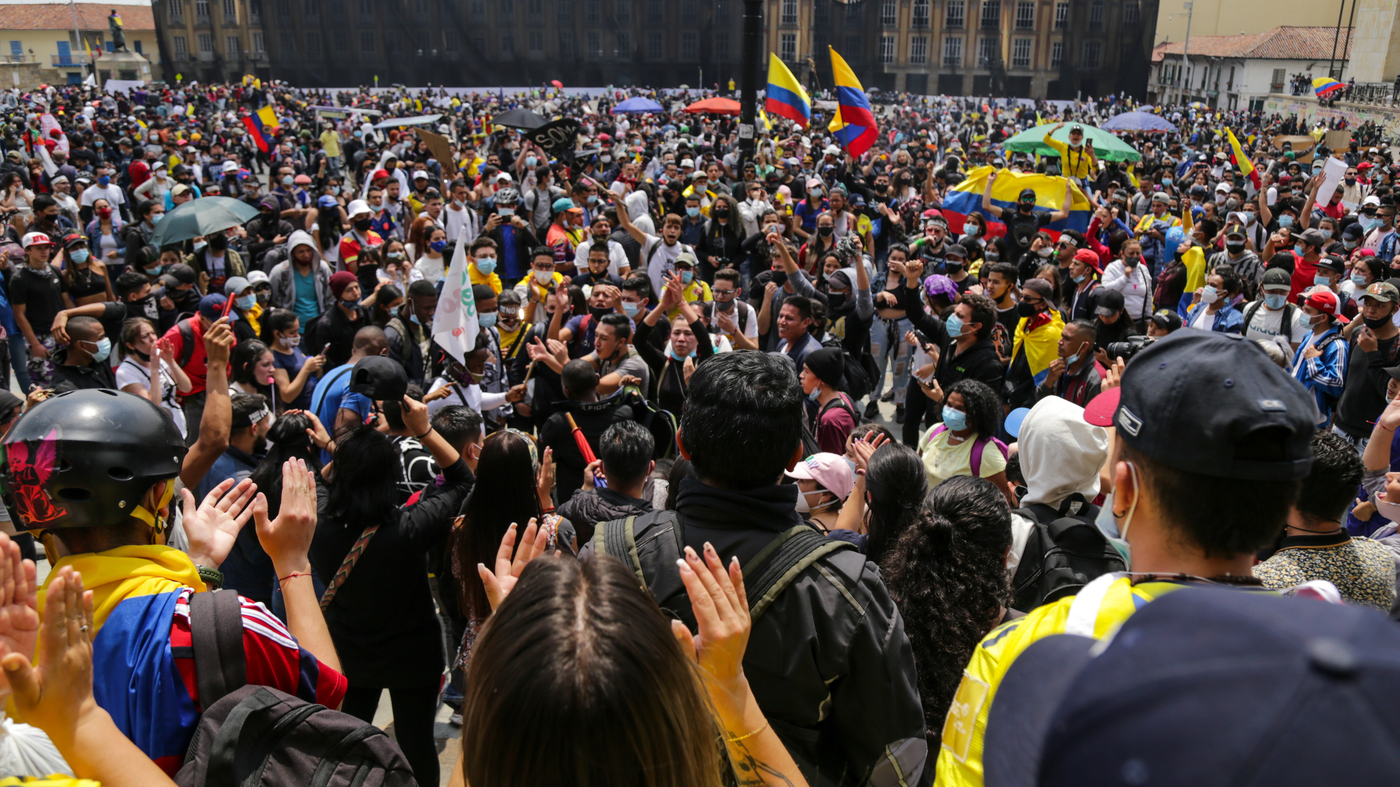 Protesters attend a May Day rally against proposed tax changes in Bogota on Saturday.

Protesters attend a May Day rally against proposed tax changes in Bogota on Saturday.

Following days of deadly protests across Colombia against a planned nationwide tax increase, President Ivan Duque has withdrawn the proposal that he insisted was needed to fix the country’s pandemic-battered economy.

Protests that began last week have led to multiple deaths, and they continued over the weekend despite a promise by Duque on Friday to remove some of the bill’s most controversial provisions. On Sunday, he announced the proposed overhaul would be shelved and replaced.

“I am asking Congress to withdraw the law proposed by the finance ministry and urgently process a new law that is the fruit of consensus, in order to avoid financial uncertainty,” he said in a video.

Ordinary Colombians have been hit hard by the pandemic, with the country’s economy shrinking by 6.8% last year. Unemployment has spiked and many Colombians are struggling to find work.

The proposed tax increase would have affected anyone making more than $656 a month – lowering the threshold and eliminating key exemptions and increasing the number of goods subject to a value added tax (VAT).

The government proposed the tax changes amid a recent round of coronavirus-related lockdowns as the country experiences a new surge in coronavirus cases and COVID-19 deaths. More than 74,000 Colombians have died from the illness since the start of the pandemic.

The vaccine rollout has also been slow.

In the video, Duque said there was consensus that temporary taxes on businesses and dividends, and higher income taxes on the wealthiest Colombians, were needed along with government austerity measures.

“It is a moment for all of us to work together without malice,” he said.

Starting Wednesday, tens of thousands of people turned out for protests – many organized by unions — to express outrage at the tax bill. They ignored warnings from health officials who said the protests could become coronavirus super-spreader events.

Although most of the protests were peaceful, police in riot gear used tear gas and clashed with protesters, some of whom looted and vandalized buildings and vehicles.

There is not definitive count as yet for how many people died in the confrontations between police and protesters, but the prosecutor’s office said Sunday afternoon that it was investigating 14 deaths nationally, while human rights groups said police abuses – especially in the third-largest city of Cali — had resulted in more than 20 deaths, according to Reuters. A police officer was also reported killed in Soacha on the outskirts of the capital, Bogota.