A farmer in overalls stands with cows in a pasture circa 1945. 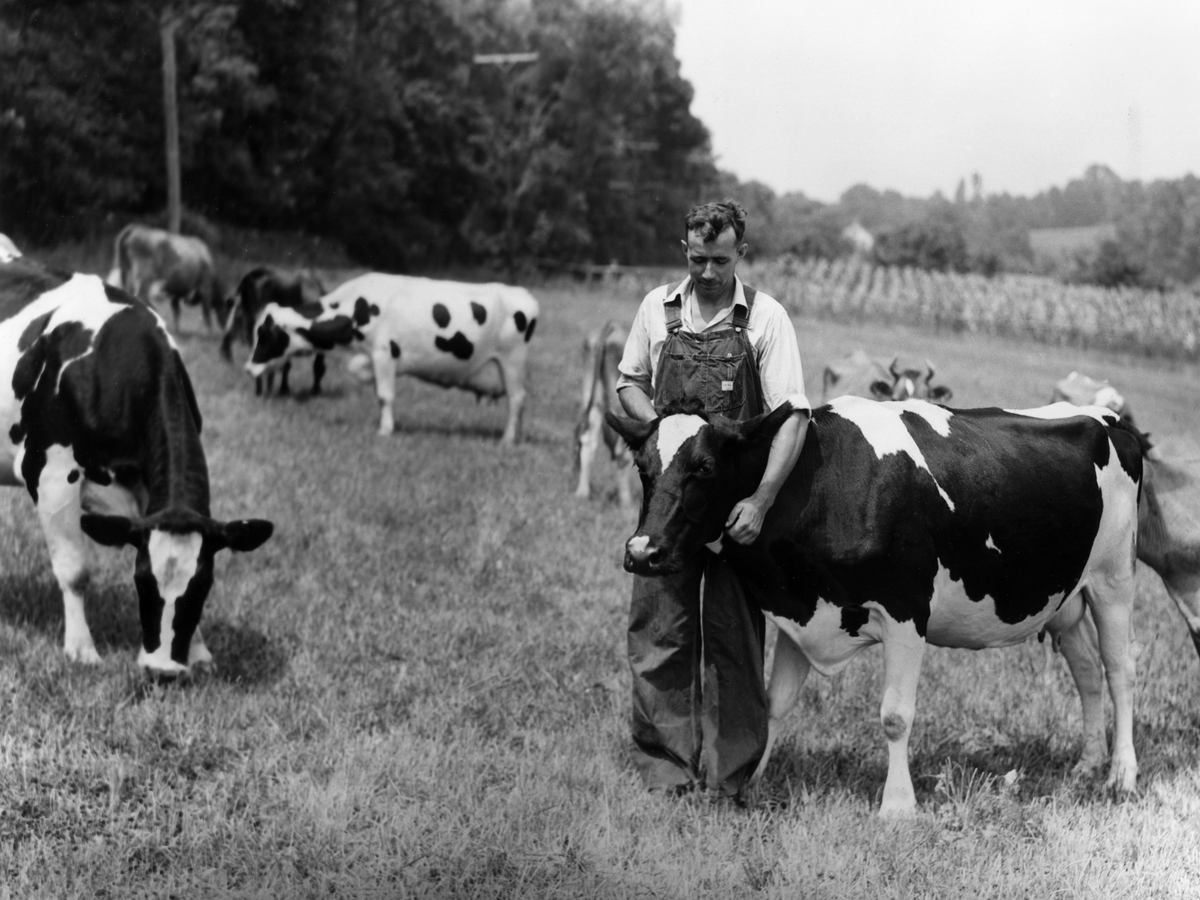 A farmer in overalls stands with cows in a pasture circa 1945.

One year ago, the coronavirus outbreak was officially named a global pandemic, and our ordinary routines came to a sudden halt.

We have lost so many lives, each of them irreplaceable; and so many millions have lost their livelihoods, and have had to live in deprivation and fear; while the coronavirus has intensified the sharp inequality in America, in which the poor, and old, and Black, Hispanic, and Indigenous people are at the greatest risk.

At the same time, multiple coronavirus vaccines have been developed with historic speed. More than two million Americans are now being vaccinated each day.

It’s because of all this that when I heard a story this week that would usually get me just to shrug and laugh, I was diverted — and enthralled.

More Americans are cuddling cows. They are paying $75 an hour to be able to put their arms around a cow and hug.

The cows are willing to be hugged, even eager. Sometimes, they’ll flop down on their sides, and place the heads in the laps of their — well, really, I don’t know what to call someone who pays $75 to cuddle a cow. Customer sounds so cold.

And after the year we’ve had, I see the appeal.

“You cannot hug your friends, or hug your grandkids,” Suzanne Vullers, who owns the Mountain Horse Farm in Naples, N.Y., told us. “But you can hug Bella and Bonnie,” the half-Scottish Highland, half-Angus cows who reside at her farm.

By the way, Bella and Bonnie’s snuggling services are booked solid through May.

Vullers, who is originally from the Netherlands, says cow cuddling is well-established there, where it’s called “koe knuffelen,” which sounds … perfect.

Other farms with cows for contract cuddling in New York state, Hawaii and Arizona seem to be booked, too. I wonder if a cow-cuddle share app is in the works.

There is some science to this elemental magnetism of cows. Because bovines are large, warm, and have a heartbeat slower than ours, putting your arms around a cow can increase oxytocin levels in humans — that’s the hormone released in social bonding. It’s part of what can make support animals so comforting.

Think of it as the milk of animal kindness.

I don’t know if cow cuddling will outlast this pandemic. But in a way, it’s a reminder that the memories we carry from these terrible times may be suffused by loss, but also wound through with recollections of the courage and generosity of neighbors and strangers; and the sometimes quirky discoveries we humans make as we find our way through the gloom of tough times, and keep going.

In a Crucial South African Vaccine Trial, a Cautionary Tale

What Is an Asthma Flare-up? Know Its Symptoms, Causes and…

Can THC Products Help with a Hangover? Everything You Need…

The challenges of rural hospitals