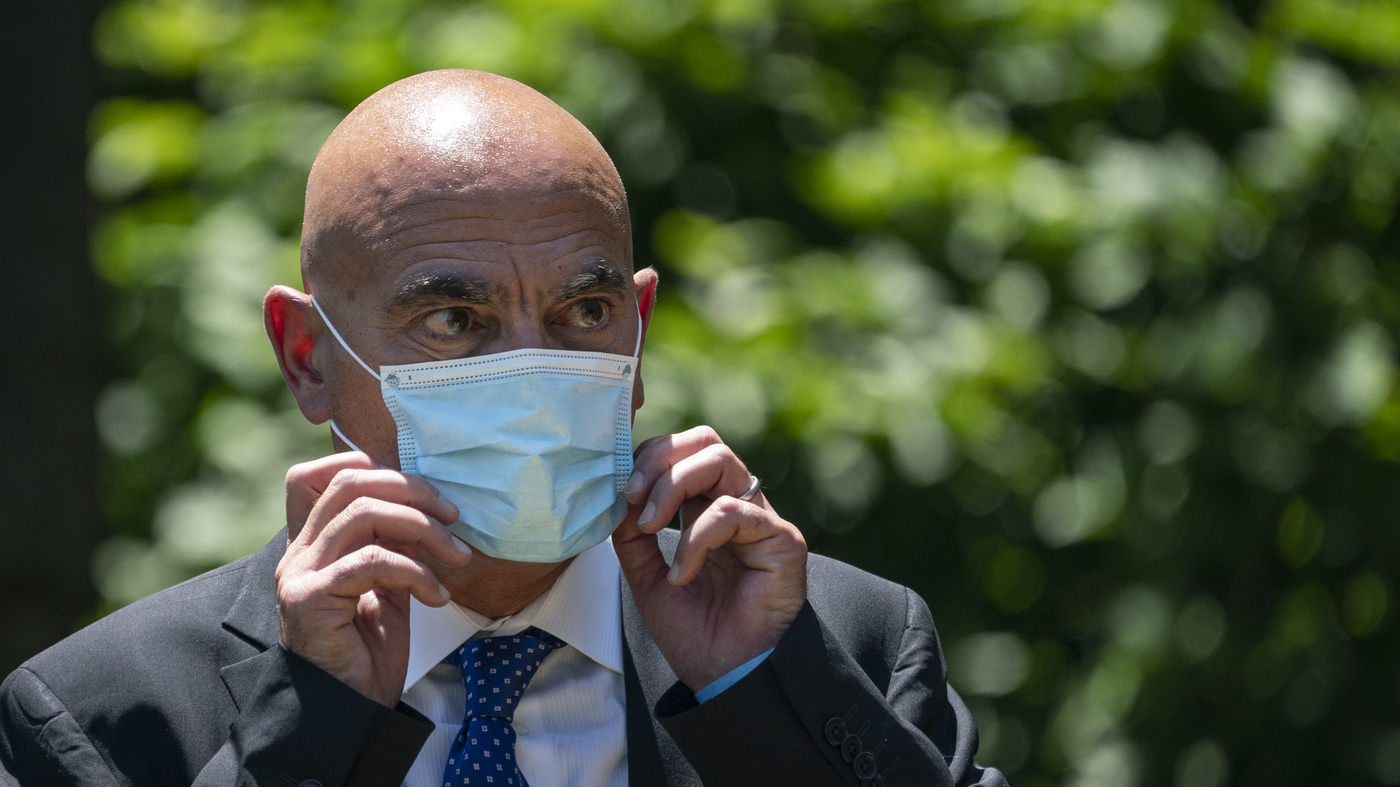 Dr. Moncef Slaoui, chief scientific adviser for Operation Warp Speed, listens as President Trump delivers remarks about coronavirus vaccine development in the Rose Garden on May 15. Slaoui says Americans could start seeing a vaccine by the middle of December. 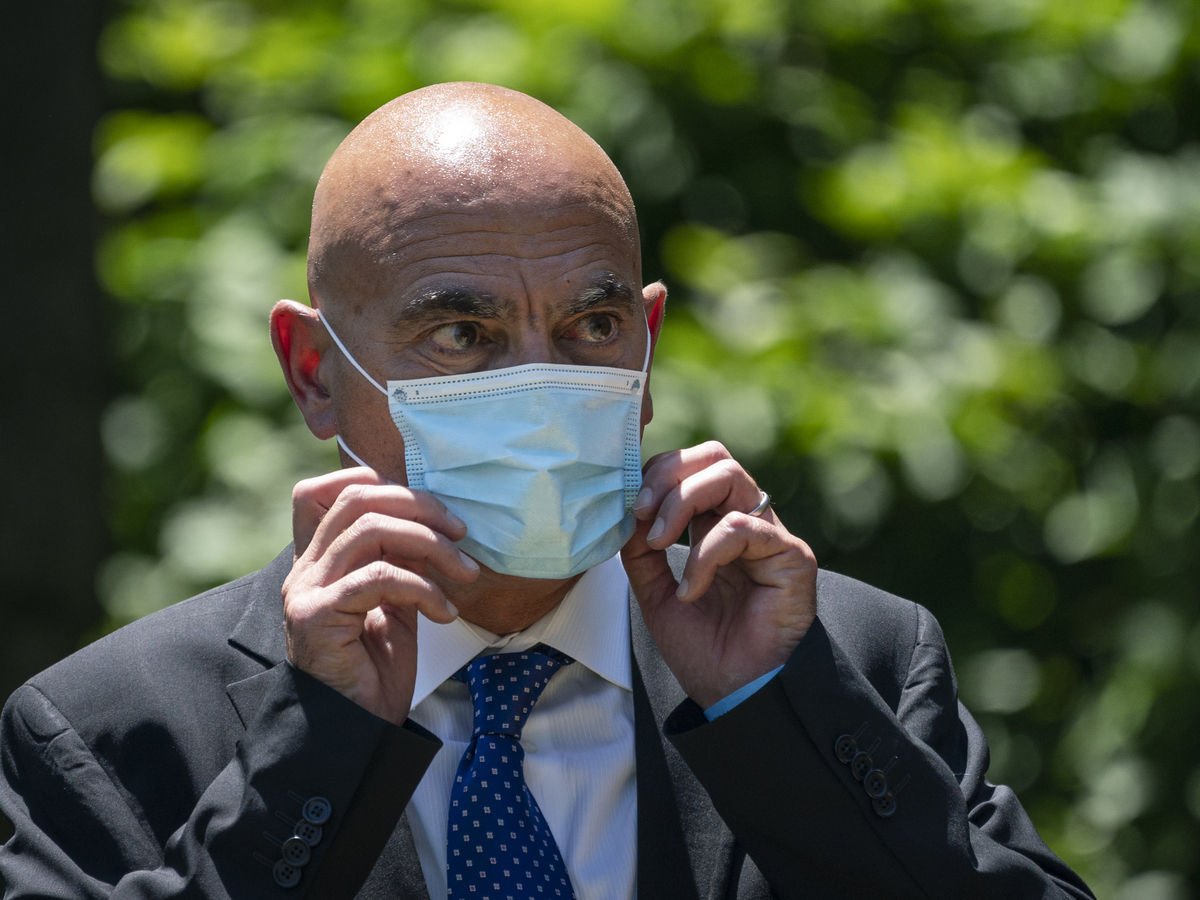 Dr. Moncef Slaoui, chief scientific adviser for Operation Warp Speed, listens as President Trump delivers remarks about coronavirus vaccine development in the Rose Garden on May 15. Slaoui says Americans could start seeing a vaccine by the middle of December.

Dr. Moncef Slaoui, the chief scientific adviser for Operation Warp Speed, says that some Americans could start receiving a COVID-19 vaccine by the second week of December.

Slaoui’s comments follow the announcement on Friday that Pfizer and its partner, BioNTech, have asked the Food and Drug Administration to grant an emergency use authorization for its COVID-19 vaccine — which has been found to be 95% effective. A second vaccine from the biotech company Moderna is expected to be submitted for emergency authorization soon as well.

“Our plan is to be able to ship vaccines to the immunization sites within 24 hours from the approval, so I would expect maybe on day two after approval on the 11th or the 12th of December,” Slaoui told CNN on Sunday.

While millions of people in the U.S. could be vaccinated in the weeks and months following an emergency use authorization, Slaoui said it will be well into 2021 before the nation would be able to achieve herd immunity.

“Normally, with the level of efficacy we have, 95%, 70% or so of the population being immunized would allow for true herd immunity to take place,” he said. “That is likely to happen somewhere in the month of May, or something like that, based on our plans.”

In an interview with NPR last week, Slaoui said there would be enough doses to immunize “about 20 million people by the month of December” and “40 million doses between the two vaccines.”

“But then what’s important to keep in mind,” he said, “is we have four more vaccines in the pipeline — in our portfolio — two of which are in the middle of their phase three trials with already about 10,000 subjects recruited in each one of their trials.”

Slaoui’s comments on Sunday echo what Dr. Anthony Fauci, the country’s top infectious disease expert, told NPR’s Morning Edition this past Tuesday. Fauci said that Americans with the “highest priority” — such as health care workers and those most at risk of the virus — will likely receive a vaccine towards the end of December.

Cases of the coronavirus continue to rise at an alarming rate in nearly every state in the U.S. There have been more than 12 million confirmed cases of the virus and more than 255,000 people have died in total across the nation. On Saturday alone, there were an additional 177,552 new confirmed cases and 1,448 deaths, according to data from Johns Hopkins University.

Autism test: Is there a test for autism? Autism assessment explained